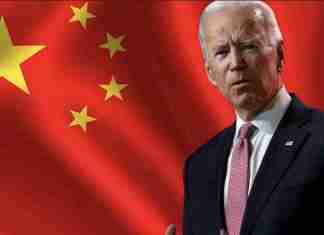 Yet Democrat Joe Biden got the support of many labor unions during the election. The laborers thought Biden would do the same. Why they would think that is beyond comprehension and goes against his history.

Currently, he is ditching America’s miners to send our money overseas.

Miners in the United States who hoped President Joe Biden would support domestic production of critical minerals are reacting to his plan to ditch them and rely on other countries, including China…

The plan under consideration would entail buying the materials from overseas markets and allow US manufacturers to assemble them into batteries or electric vehicles in an effort to create American jobs but still remain in the good graces of environmental groups, Reuters reported on Tuesday…

“The winner of such policy is China, again,” Pini Althaus said in the statement. He is the CEO Of USA Rare Earth.

Biden is a totalitarian globalist who is ruling from the hard left, or at least his handlers are. He’s an appeaser with illicit dealings with corporations.

His plan would cut out American miners from lucrative deals companies make to manufacture goods.

Instead of buying American-harvested minerals for technological products, companies would be allowed to buy cheap stuff from China.

During Trump’s administration, he fought very hard to get American companies to buy American materials. He even passed controversial tariffs on goods like steel and aluminum that came from China.

Biden does the opposite.