Treason, blackmail, and the wars to come 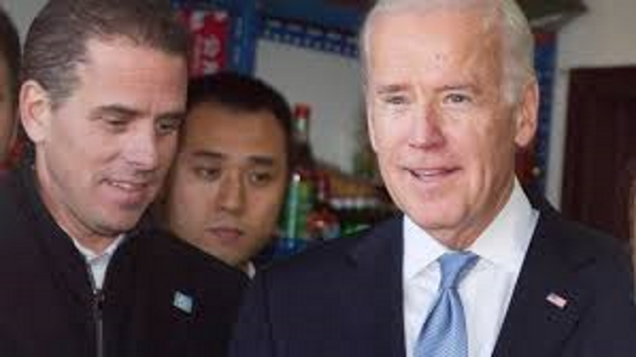 Treason, blackmail, and the wars to come

China Joe Biden is selling out America so fast that it’s hard to keep up with new developments.

Noting that Jeffrey Epstein, the leader of an international child sex trafficking ring, had “escaped justice” from the Justice Department, Senator Ben Sasse has now drawn attention to the guards on duty during Jeffrey Epstein’s “suicide” having reached a plea deal of 100 hours of community service. They will get no jail time under the deal with the feds.

Epstein escaped justice (first under Trump’s Attorney General Bill Barr) and, with this new development under Biden, we may never find out how he died and whether the tapes he made of sexual encounters involving the rich and famous are in the possession of the Russians and the Chinese.

The Senator declared, “Epstein’s victims have been failed at every single turn. One hundred hours of community service is a joke – this isn’t traffic court. The leader of an international child sex trafficking ring escaped justice, his co-conspirators had their secrets go to the grave with him, and these guards are going to be picking up trash on the side of the road.”

The development comes as billionaire Bill Gates, a close friend of Epstein, is divorcing his wife, with reports emerging of a more substantial Bill Gates relationship with Epstein. Gates, a big backer of the United Nations and personal friend of Barack Hussein Obama, had issued a statement trying to excuse his Epstein association.

Of course, China Joe is hardly a paragon of moral virtue. He is an accused rapist, female hair-sniffer, and admitted plagiarist who is famous for boasting at a Council on Foreign Relations (CFR) meeting in 2018 about withholding aid to Ukraine to force the firing of a prosecutor. His actions, not to mention those of Hunter, offer tremendous blackmail material.

Meanwhile, China Joe on May 15 announced his intent to nominate Christopher Fonzone as General Counsel of the Office of the Director of National Intelligence. He worked for the Chinese government and Huawei, the giant Chinese telecommunications firm that is an instrument of Chinese espionage and an NSA target.

In a 2012 report, the House Intelligence Committee called Huawei a threat to U.S. national security interests.

The White House statement about Fonzone’s qualifications ignored his service to China. But he was forced to disclose the work in a questionnaire submitted to the Senate Intelligence Committee.

This is a critical post, as Biden’s top intelligence officials are already under fire for covering up evidence that China released the China virus from a lab. Admitting what is obviously the case would make it harder for the China Joe Administration to cozy up to China even more that it is already doing.

China’s rise was made possible by Obama. Now, under Biden, the relationship will get even deeper, as China Joe’s intelligence officials scramble to obscure the origin and nature of the China virus.

In terms of “social justice,” but not for American victims of the China virus, Fonzone’s law firm says it “firmly condemns all forms of hate, xenophobia, bigotry, and violence.” The firm also has a “Social Responsibility Program.”

The Fonzone nomination is more evidence of how the American intelligence establishment and the Democratic Party are working hand-in-glove with communist China.

Meanwhile, Vladimir Putin and the Russians have won a major victory by getting China Joe’s approval for a Russian-German gas pipeline to Europe that is being constructed by a company operated by a former communist East German intelligence operative.

We should have seen this coming: Biden, not Trump, was the real Russian agent.

You see how hard it is to keep up with China Joe’s betrayals.

But Israel knows this, too, as it has been forced into a “ceasefire” with the Russian/Chinese/Iranian-backed terrorist organization Hamas. It’s what Jeff Nyquist and I call the “Red Jihad” in our book by that name.

The conflict was preceded by a provocative action, when Biden announced $235 million in U.S. aid to Palestinians. This will “build back better” the infrastructure Hamas needs to hide weapons.

Russia and China may be satisfied, at least for the time being, with Biden’s concessions. But Israel is still in the target sites.

Biden is pursuing a strategy of appeasing Iran that could lead to a major war this year.

The late anti-communist author and analyst Herbert Romerstein noted that Robert Malley’s father, Simon Malley, was an important figure in the Egyptian Communist Party, was pro-Soviet, passionately anti-Israel, and anti-West. Simon Malley was booted out of Egypt and later out of France for a while, to be welcomed back later when the more left-wing government of the socialist Francois Mitterrand took over in Paris.

Robert Malley was CEO of the Soros-funded International Crisis Group.

Explaining the Obama/Biden approach, columnist Caroline Glick notes that Obama and Biden argued that Iran “needed to be empowered and US allies needed to be weakened.” She quoted then-Vice President Joe Biden as saying, in 2013, “Our biggest problem was our allies.”

Israel is preparing for war. Iran, China, and Russia are, too.