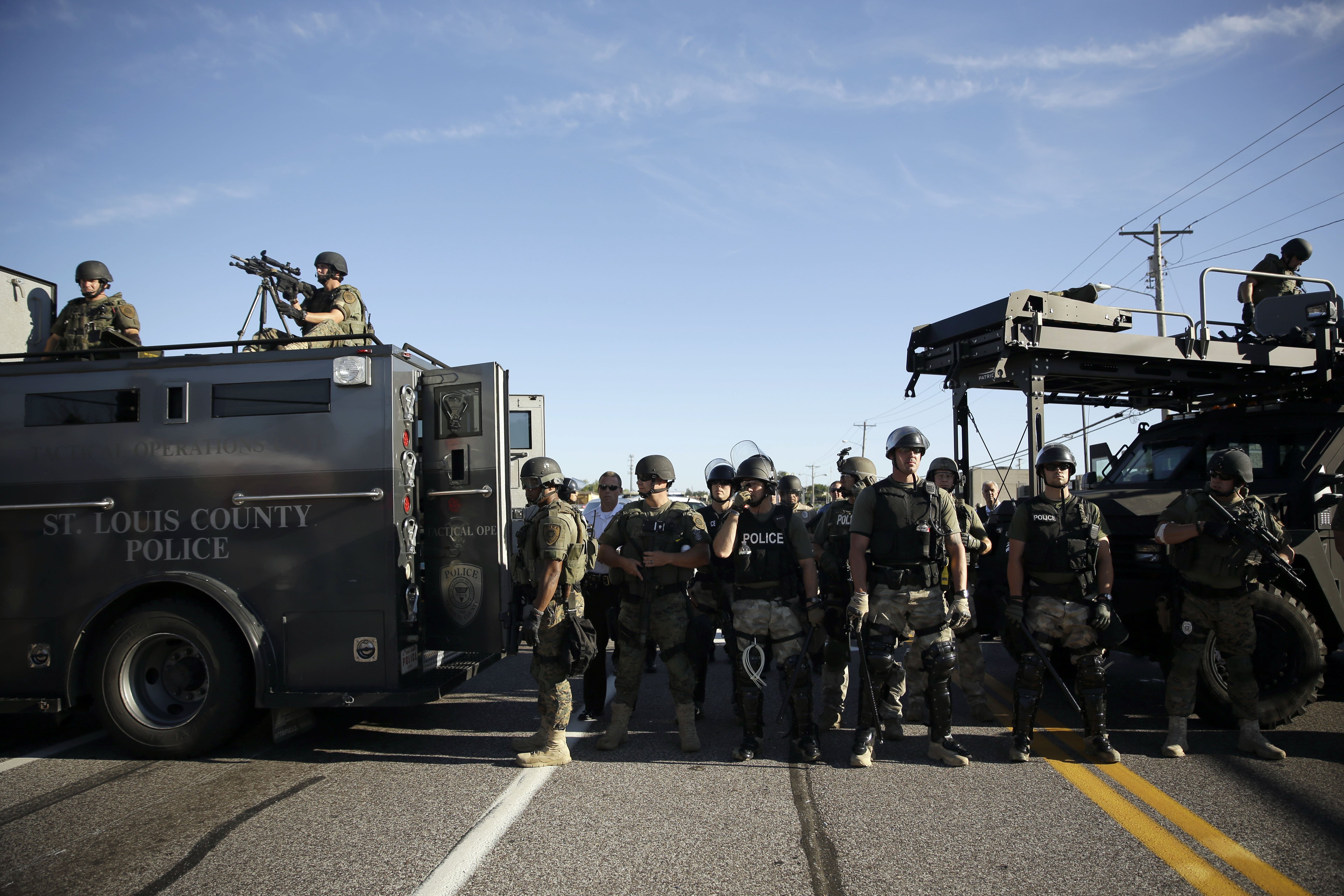 The bill went to a conference committee to reconcile the differences between the House and Senate versions. The House approved the final version of HB1054 by a 55-42 vote. The Senate passed the bill 28-20. With Inslee’s signature, the law will go into effect on July 25.

A ban on mine-resistant ambush-protected vehicles (MRAPs) in the original House version was amended out of the bill in the Senate.

The legislation applies both to the well-known 1033 program, along with any other military surplus program operated by the federal government, as well as federal programs that fund the acquisition of surplus military equipment.

Any law enforcement agency in possession of military equipment as of the effective date of the law must return the equipment to the federal agency from which it was acquired, or destroy the equipment by December 31, 2022.

While the enactment of HB1054 will not end the militarization of local cops, it will keep some dangerous weapons out of the hands of police officers.

Police can get military-grade weapons through a number of federal programs, including the 1033 program, and via the Department of Homeland Security through the (DHS) “Homeland Security Grant Program.” The DHS doles out over $1 billion in counterterrorism funds to state and local police each year. According to a 2012 Senate report, this money has been used to purchase tactical vehicles, drones, and even tanks with little obvious benefit to public safety. And, according to ProPublica, “In 1994, the Justice Department and the Pentagon-funded a five-year program to adapt military security and surveillance technology for local police departments that they would otherwise not be able to afford.”

In August 2017, President Trump issued an executive order that gave a push to local police militarization. Trump’s action rescinded an Obama-era policy meant to provide greater transparency and oversight around the Department of Defense 1033 program and other federal resources that provide military weapons to local police. Biden will reportedly reinstitute the Obama policy, but it was nothing more than window-dressing. In practice, the Obama EO did little to stem the flow of military equipment to state and local law enforcement agencies.

Even with the Obama-era limits back in place, the 1033 program will remain essentially intact. Military gear will continue to pour into local police agencies, just as it did when Obama was in the White House.

Even if you see the Obama/Biden limits as a positive, the multiple federal flip-flops underscore the importance of putting limits on police militarization at the state and local level. Federal policy tends to change depending on the party in power. Whatever limits Biden imposes through executive order can be undone with a stroke of the next president’s pen. The only way to effectively end police militarization for good is permanently withdrawing the state from these federal programs.

Arming ‘peace officers’ like they’re ready to occupy an enemy city is totally contrary to the society envisioned by the founders. They’ve turned ‘protect and serve’ into ‘command and control.’

In the 1980s, the federal government began arming, funding and training local police forces, turning peace officers into soldiers to fight in its unconstitutional “War on Drugs.” The militarization went into hyper-drive after 9/11 when a second front opened up – the “War on Terror.”

By making it more difficult for local police to get this military-grade gear, they become less likely to cooperate with the feds, and it also removes incentives for partnerships. Passage of HB1054 takes a first step toward limiting police militarization in Washington State.

The enactment of HB1054 effectively nullifies and makes irrelevant several Supreme Court opinions that give police across the U.S. legal cover for conducting no-knock raids.

In the 1995 case Wilson v. Arkansas, the Supreme Court established that police must peacefully knock, announce their presence, and allow time for the occupants to open the door before entering a home to serve a warrant. But the Court allowed for “exigent circumstance” exceptions if police fear violence, if the suspect is a flight risk, or if officers fear the suspect will destroy evidence.

As journalist Radley Balko notes, police utilized this exception to the fullest extent, “simply declaring in search warrant affidavits that all drug dealers are a threat to dispose of evidence, flee or assault the officers at the door.”

The SCOTUS eliminated this blanket exception in Richards v. Wisconsin  (1997) requiring police to show why a specific individual is a threat to dispose of evidence, commit an act of violence or flee from police. But even with the opinion, the bar for obtaining a no-knock warrant remains low.

“In order to justify a ‘no-knock’ entry, the police must have a reasonable suspicion that knocking and announcing their presence, under the particular circumstances, would be dangerous or futile, or that it would inhibit the effective investigation of the crime by, for example, allowing the destruction of evidence.” [Emphasis added]

Reasonable suspicion is an extremely low legal bar to meet. Through this exception, police can justify no-knock entry on any warrant application. In effect, the parameters in the SCOTUS ruling make no-knock the norm instead of the exception.

A third Supreme Court ruling effectively eliminated the consequences for violating the “knock and announce” requirement even without a no-knock warrant. In Hudson v. Michigan (2006), the High Court held that evidence seized in violation of knock and announce was not subject to the exclusionary rule. In other words, police could still use the evidence in court even though they technically gathered it illegally.

Significantly, were it not for the dubious “incorporation doctrine” made up by the Supreme Crout based on the 14th Amendment that purportedly empowers the federal government to apply the Bill of Rights to the states, these cases would have never gone to federal court and we wouldn’t have these blanket rules.

Without specific restrictions from the state, police officers generally operate within the parameters set by the High Court. By passing restrictions on no-knock warrants, states set standards that go beyond the Supreme Court limits and in effect, nullify the SCOTUS opinion,

HB1054 bans law enforcement officers from using “chokeholds.” It also prohibits the use of tear gas “unless necessary to alleviate a present risk of serious harm posed by (a) Riot inside a correctional, jail, or detention facility; (b) barricaded subject; or (c) hostage situation.” Other provisions in the legislation institute rules for police vehicular chases.

Michael Maharrey [send him email] is the Communications Director for the Tenth Amendment Center. He is from the original home of the Principles of ’98 – Kentucky and currently resides in northern Florida. See his blog archive here and his article archive here.He is the author of the book, Our Last Hope: Rediscovering the Lost Path to Liberty., and Constitution Owner’s Manual. You can visit his personal website at MichaelMaharrey.com and like him on Facebook HERE