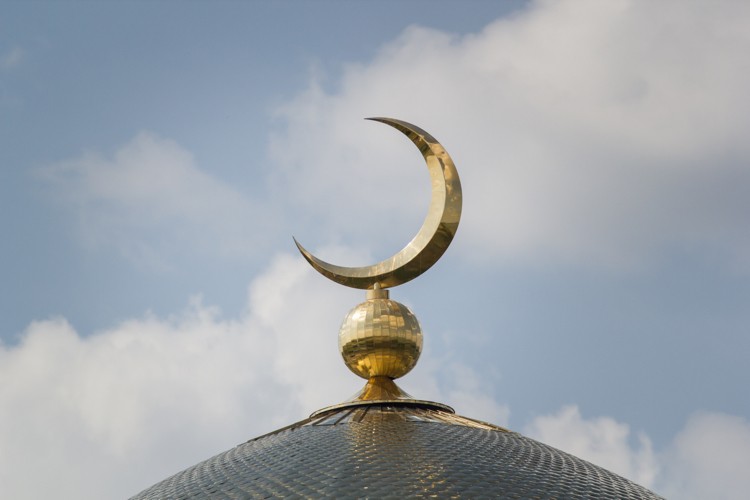 It wasn’t a “white supremacist” who killed 14 people in the 2009 Fort Hood shooting, but Muslim extremist Major Nidal Malik Hasan. It’s also not white supremacists that we’ve expended great blood and treasure fighting in costly wars since 9/11, but Islamic jihadists. But this hasn’t stopped the Biden administration from recruiting terrorist-enabling Muslim extremists to help root out “extremism” in the U.S. military.

It’s an unbelievable move, so much so that it could make some wonder: Is the goal really to eliminate radicalism?

Or is it to cultivate a certain kind of convenient radicalism?

Journalist Daniel Greenfield reports on the story at FrontPage Mag: 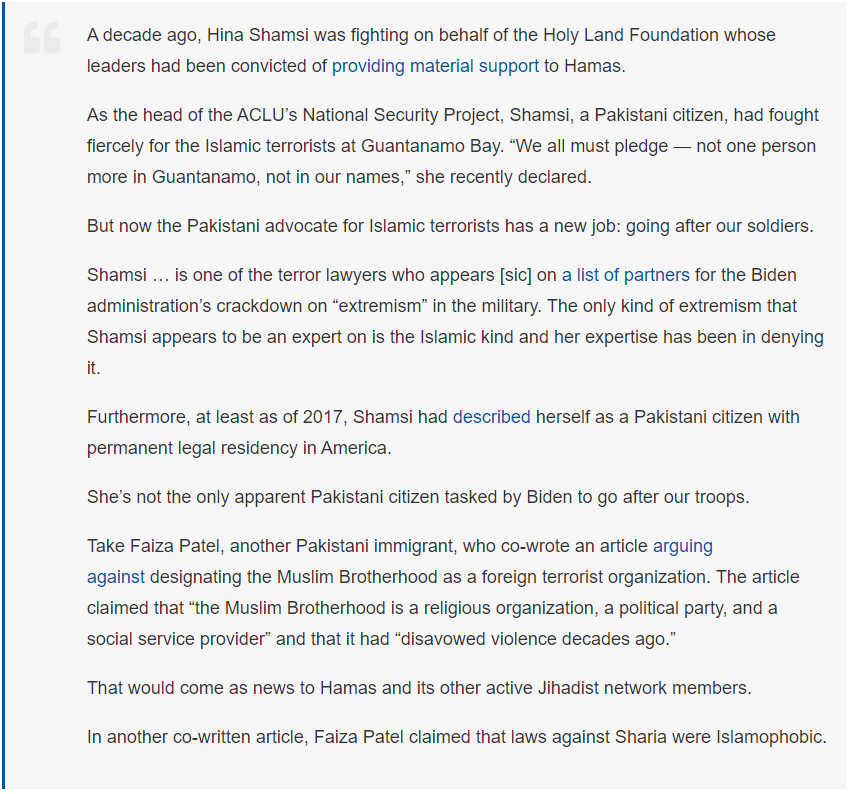 (Note: The White House bills its endeavor as a countering “extremism” effort, but has repeatedly and publicly implicated white supremacy as the specific threat. Hence my opening lines.)

Strikingly, though, Greenfield states that Shamsi and Patel aren’t even the worst offenders in what’s known as the Countering Extremism Working Group (CEWG). In fact, citing a list provided by OANN correspondent Jack Posobiec, he mentions that the CEWG is replete with Muslim activists and lawyers. The group includes:

Greenfield also informs that multiple “‘partners’ for Biden’s Countering Extremism Working Group have appeared at events for CAIR, ICNA, and other terror-linked organizations” and that some “have appeared at events featuring advocates for Islamic terrorism, sharia, and violence against non-Muslims.” All told, a third of CEWG partners are Muslim.

But let not your heart be troubled because America’s real threat is White Supremacy™. Just ask the Southern Poverty Law Center (which once put me on its HateWatch page for, ostensibly, figuratively using the term “lynch” in an article — or it could be that I’d exposed one of its scams months before). Its personnel, mind you, also are CEWG partners, as Posobiec’s list (tweet below) illustrates. 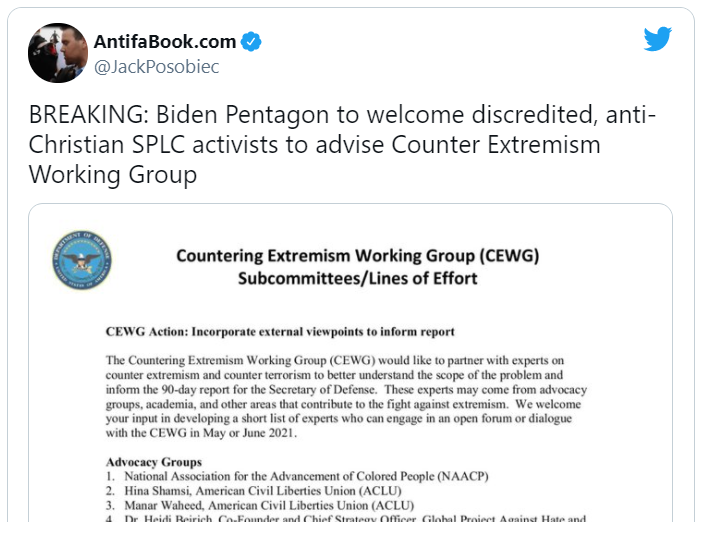 There’s even more detail in Greenfield’s article, which is worth reading in its entirety. But the bottom line is that the CEWG is a slap in the face in more ways than one. Note again that on the list are not just Muslim extremists. Also included is at least one non-citizen. And these individuals aren’t just investigating American citizens, but American citizens who happen to be military members. Is going after our troops on a witch hunt really another job Americans won’t do?

Yet what’s possibly going on here is even more nefarious. Consider that ex-Space Force Lieutenant Colonel Matthew Lohmeier recently made a not-so-shocking revelation: He’d never met a white supremacist in the service. (It’s a bit like seeking unicorns.)

But then there’s why he’s now an ex-commander. He was recently ousted for warning of our real threat: the “Marxism” pervading American culture.

Lohmeier is a victim of what Greenfield calls “a political purge of the military.” That’s the issue, too. As I warned earlier this month in “How the Left Plans to Put Boots on the Ground to Subdue Middle America,” we’re witnessing a con: First, claim “white supremacism” in the armed forces is an existential threat.

Second, define white supremacism so loosely that it includes Trump support, patriotism, opposition to illegal migration and, really, any deviation from the Left’s agenda whatsoever.

Then you have a pretext for purging the military of all political opponents.

And what’s the goal? Well, if you saw a new Third World regime doing likewise and creating a military of ideological fellow travelers, what would you assume?

The only reason to seek ideological conformity in a government institution is because you want it to implement your agenda. Or, is “enforce” a better word?