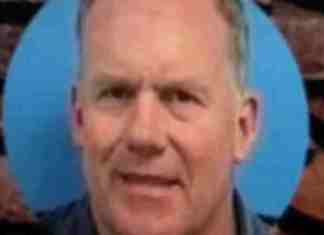 The government let another mass murderer slip through their fingers. Samuel Cassidy, who had a minor police record that included resisting arrest, was stopped by U.S. Customs officers in 2016, the Wall Street Journal reports.

We don’t know why he was stopped, but the man who killed nine people in San Jose, California, professed a hatred of his workplace where the shooting occurred. This is according to a Department of Homeland Security memo.

The shooter possessed “books about terrorism and fear and manifestos…as well as a black memo book filled with lots of notes about how he hates the VTA,” when Customs and Border Protection detained him in 2016 after a trip to the Philippines, the memo says.

The VTA is the Santa Clara Valley Transportation Authority, where he worked for at least nine years, according to public employment records.

“When asked if he had problems with anybody at work, he stated ‘no,’” according to the memo, a copy of which was viewed by The Wall Street Journal.

The shooting began at a union meeting at a VTA light rail yard in downtown San Jose and all of the victims worked for the transportation authority.

Eight people were found dead and a ninth died overnight at an area hospital. Cassidy died in an apparent suicide during the incident, according to law enforcement.

Cassidy had told his ex-wife he wanted to shoot people at work but she didn’t believe him.

The left wants to blame guns but it looks like the feds could do a better job.

Tom Elliott at Grabien listed the 19 times the feds were warned but the mass murderer slipped through.