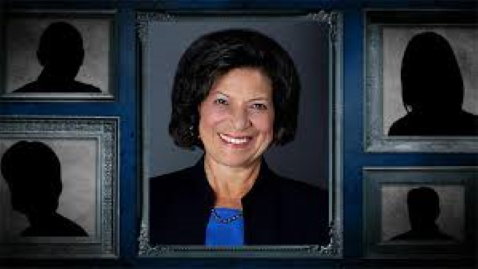 One of Albert Einstein’s many aphorisms, “three great forces rule the world: stupidity, fear and greed,” is particularly apt in the COVID-19 era.

Our government’s duty is to warn the public of a possible pandemic and recommend precautions. However, the initial COVID tactic was to strike fear into our hearts and minds. The constant display of COVID “cases” on the nightly news suggested certain death awaited those who ventured out of their homes.

During the Diamond Princess cruise ship’s outbreak in early February 2020, we had a real-world demonstration of the behavior of the SARS-CoV-2 virus. Trapped in a floating petri dish, the crew performed their duties, and passengers were quarantined in their cabins. With a ventilation system lacking special high-efficiency particulate air (HEPA) filters, only 17% of the 3,711 occupants became infected with SARS-CoV-2 – only half of whom had symptoms. Because 80% of those infected were in cabins that didn’t have a previous confirmed case, the likely mode of infection was transmission of aerosols (in contrast to large droplets that quickly fall to the ground) through the ventilation system. Locking people in proved counterproductive.

We also learned from the Diamond Princess episode that the median age of symptomatic folks was 68 years – 50% of whom had underlying medical conditions, and the deaths were in those over 70 years of age.

Despite this real-world clinical experience, the CDC and Dr. Fauci advised state governments to quarantine every living human being in the country. The lessons of the Diamond Princess faded from the news while a never-ending campaign of fear persisted. Only the well-informed realized the news was presented through agenda-colored glasses.

It’s not smart to keep people indoors when by May 2020 we knew 66% of New York’s new cases were in folks who stayed home. Scientific consensus was leaning toward emerging evidence that the SARS-CoV-2 virus was spread by tiny aerosols, which could be reduced by good ventilation.

After more than a year, the CDC finally acknowledged real-world evidence and “the science,” and announced that “less than 10%” of transmission occurred outdoors. Data show the actual outdoor transmission is somewhere between 0.1 and 1%. While technically true, one wonders whether the CDC used purposefully misleading wording to cover its tracks after mask recommendations for children outdoors at summer camp and mandates for seafaring commercial fisherman.

Fear fuels stupidity. By June 2020, the World Health Organization (WHO) had announced that asymptomatic transmission of the SARS-CoV-2 virus is “very rare.” And study after study after study have shown that cloth masks do not prevent transmission of SARS-CoV-2 and other similar viruses. When political pundits see unmasked people as a threat and a fully vaccinated physician COVID expert found it “psychologically hard” to dine unmasked with a vaccinated friend, masking has become not “following the science” but an obsession.

Greed knows no bounds. Hospitals are charging up to $1,419 for a $50 test. Designer drugs are the new cash cow. Regeneron’s stock price was up more than 60% in 2020. Who would have thought COVID would be justification for a manufacturer to release TV ads for drugs that are not fully FDA approved? Regeneron’s ads instill fear, then present their drug as the solution. COVID diagnosis? Oh my! Isolate and call the doctor to get monoclonal antibodies (at $1,250 per dose).

Wall Street predicts that in 2021 Pfizer and Moderna will generate $32 billion in COVID-19 vaccine revenue. Thanks to vaccines, Moderna’s stock soared 700% in 2020. And Pfizer plans for vaccines to be a long-term business plan by roping children into the vaccine corral.

Was the drug and health product manufacturers’ $92 million to lobbyists in the last three months intended to ensure the federal government’s cooperation?

Patients and physicians have a choice. Despite the vaccine über alles narrative, only 60% of Dr. Fauci’s staff have taken “the shot.” The NIH’s COVID-19 Treatment Guidelines are not mandates. Patients can opt for early treatment at a cost of $10 to $125 per entire course with effective repurposed generic drugs supported by real-time worldwide evidence. Sadly, as Kaiser Health News noted, despite being a “godsend” to reduce death and hospitalizations, “drug companies have no incentive to spend millions to test new uses for cheap, off-patent drugs.”

The people are not stupid, merely ill-informed. Media outlets were increasing ratings at the expense of the truth; the drug companies were rolling in dough; researchers were letting politics guide their outcomes; and social media were censoring experts who disagreed with the wizards at WHO, NIH and CDC, and medical journals funded by Big Pharma.

Could we not have avoided lockdowns with repurposed drugs, improved air circulation and HEPA filters? Could we have saved millions of lives lost not only to COVID-19 but from suicide, overdoses, violence and cancer?

Marilyn M. Singleton, M.D., J.D., is a board-certified anesthesiologist and Association of American Physicians and Surgeons (AAPS) member. Despite being told, “they don’t take Negroes at Stanford,” she graduated from Stanford and earned her M.D. at UCSF Medical School. Dr. Singleton completed 2 years of Surgery residency at UCSF, then her Anesthesia residency at Harvard’s Beth Israel Hospital. She was an instructor, then Assistant Professor of Anesthesiology and Critical Care Medicine at Johns Hopkins Hospital in Baltimore, Maryland – before returning to California for private practice. While still working in the operating room, she attended UC Berkeley Law School, focusing on constitutional law and administrative law. She interned at the National Health Law Project and practiced insurance and health law. She teaches classes in the recognition of elder abuse and constitutional law for non-lawyers. Dr. Singleton recently returned from El Salvador where she conducted make-shift medical clinics in two rural villages.