Who Was Karl Marx? The Men, the Motives and the Menace Behind Today’s Rampaging American Left 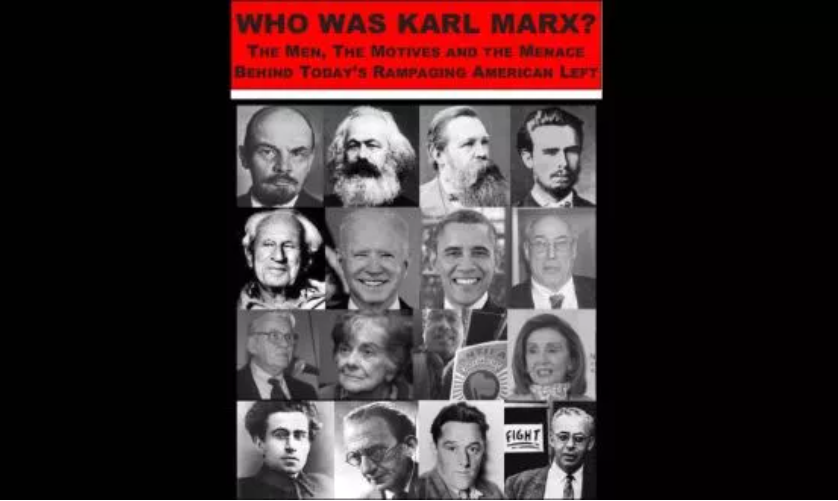 Who Was Karl Marx? The Men, the Motives and the Menace Behind Today’s Rampaging American Left

Our friend James Simpson has written another must-read book about the American Left. Who Was Karl Marx? The Men, the Motives and the Menace Behind Today’s Rampaging American Left is a genealogy of the Communist movement tracing the movement from its founder Karl Marx to today’s Communist threats from BLM, ANTIFA and the Great Reset.

The power and utility of Simpson’s work is not merely its recitation of the history of the Communist movement, which is in itself worthwhile, it is in the book’s demonstration that Marxist leaders share a common sociopathic personality and that the destruction they wreak flows from using the movement to act out their sociopathic fantasies.

Simpson also demonstrates that principles of Marxist revolutionary ideology undergird the chaos we see in America today – and that the chaos is not a bug, it is a feature of the politics of today’s American Left.

One could certainly make a good case that the Left’s revolutionary goal of defeating Donald Trump was based on a Nechayev -style campaign of increasing our “evils and miseries,” until Americans reached the breaking point. By voting Trump out (with or without vote fraud) Americans did the Left’s revolutionary work for them, and now that it’s over, the radical Marxists Biden is bringing into the government are cleaning up the pieces and taking the next steps in forming their new revolutionary state.

Once you read Who Was Karl Marx? The Men, the Motives and the Menace Behind Today’s Rampaging American Left much of what is happening in America today will suddenly make a perverse kind of sense because the Communist connections between Karl Marx, the Russian revolutionaries of the 19th and early 20th centuries and today’s American Marxists revolutionaries, such as the Weather Underground’s Bill Ayres and his protégé Barack Obama, Patrice Cullors of BLM and the street thugs of ANTIFA will be made a lot clearer.