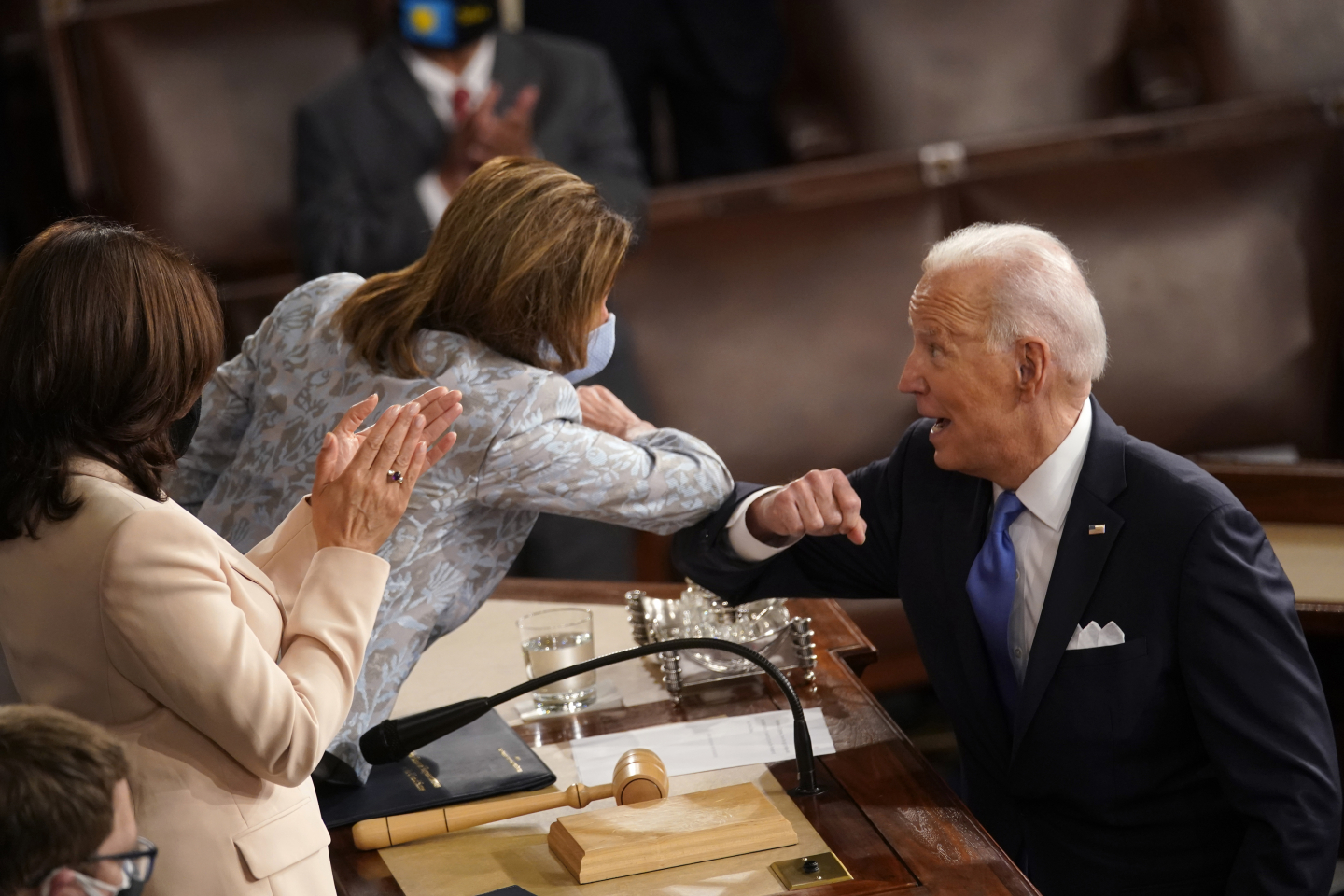 President Biden’s Earth Day announcement that the United States is to cut its greenhouse gas emissions by 50% from 2005 levels (equivalent to a 42% cut of 2019’s pre-COVID emission levels) within nine years comes with a double deception – one of cause and the other of effect. It aims to force America to reach net-zero no later than 2050 to limit global warming to 1.5 degrees Celsius. This, the White House claims, is what “the science demands.”

In fact, it is the first deception.

The 1.5-degree limit has nothing to do with science and everything to do with politics and Green ideology. The 1992 UN framework convention on climate change set the aim of avoiding “dangerous anthropogenic interference” with the climate system, a problem it left undefined. Four years later, the European Council’s environment ministers filled in the gap. On behalf of the European Union, it declared that “the Council believes that global average temperatures should not exceed 2 degrees above pre-industrial level.” The pre-industrial baseline is the giveaway that this is ideology, not science. No one can be sure what average global temperature was back then, but according to Green ideology, the industrial revolution is the original sin of modern civilization.

The two-degree limit subsequently wound its way into UN climate texts at the 2010 Cancun climate conference as a consolation prize for the failure of the Copenhagen climate conference to agree to a binding climate treaty the previous year. That wasn’t good enough for the group of small island states that claimed that two degrees of warming would see low-lying islands sink beneath the waves. There was no scientific basis for believing this, as coral atolls are formed by the slow subsidence of the seabed. As a result of these advocates’ unscientific PR campaign, 1.5 degrees was written into the Paris climate agreement, in a commitment to “pursuing efforts” to limit the rise in average global temperature to 1.5 degrees.

The final move in the net-zero shell game was made in 2018 by the Intergovernmental Panel on Climate Change (IPCC). Though its 1.5-degree special report debunked the myth of the sinking islands, the IPCC turned the Paris agreement’s “pursuing efforts” to limit global temperature to 1.5 degrees into a hard target. The IPCC then declared that this target meant net-zero emissions by 2050. Beyond saying that warming is worse the more warming there is, the IPCC offered no scientific, economic, or ethical justification for its adoption of the 1.5-degree target. Instead, it views climate change as presenting the opportunity for “intentional societal transformation” – an ideological statement if ever there was one – that would require “transformative systemic change.” Did Americans vote for this last November? Regardless, it’s what they’re getting.

Jobs and prosperity are the second deception, a deceit on the effects of net-zero. “I see an opportunity to create millions of good-paying, middle-class union jobs,” Biden told the Earth Day climate summit. “I see workers capping hundreds of thousands of abandoned oil and gas wells” – abandoned because a 78-year-old president intends to erase one of America’s most successful job-creating, wealth-generating sectors. It’s obvious that high-paying blue-collar jobs aren’t created by the economics of the graveyard. Yet to listen to the Biden administration, net-zero is worth forcing on the American economy even if it had no effect on the climate. Ludicrously, the president argues that net-zero will enable America to out-compete China, which is presumably why China is developing 247 gigawatts of new coal-fired power capacity, nearly six times the size of Germany’s entire coal fleet.

In his bet against China’s President Xi, Biden believes that technology will ride to the rescue. “I’ve heard him talk about it,” his climate envoy John Kerry told a White House Earth Day briefing. “He believes we can do anything.” So did Silicon Valley, which a decade ago bet billions on a breakthrough in solar technology. But, according to the Financial Times, “a surge in production in China, much of it in the northwestern Xinjiang region where Beijing has been accused of labor abuses, changed the picture.” China’s slave labor sank Silicon Valley.

A hint of honesty came when Kerry compared Biden’s net-zero transition to the deindustrialization in Massachusetts in the 1990s. “These huge mills that were, you know, teeming with people,” Kerry mused, “and then that changed. And it went south in our America – in our country, and then it went abroad.” Kerry didn’t think there would be “that much” dislocation with net-zero. “It’s going to mean some greater opportunity.” Voters beware: in Biden’s world of net-zero, “greater opportunity” is a euphemism for economic dislocation and losing your job.

If Republicans hold their nerve, net-zero will shape politics over the next two election cycles. Anger at Democrats’ indifference to the loss of blue-collar jobs helped Donald Trump win the White House in 2016. Biden’s double deception won’t change the reality that will become increasingly apparent as net-zero’s effects begin to be felt. As for Democrats, Biden’s net-zero plan has all the makings of being history’s most expensive suicide note.

Rupert Darwall is a Senior Fellow at the RealClear Foundation.