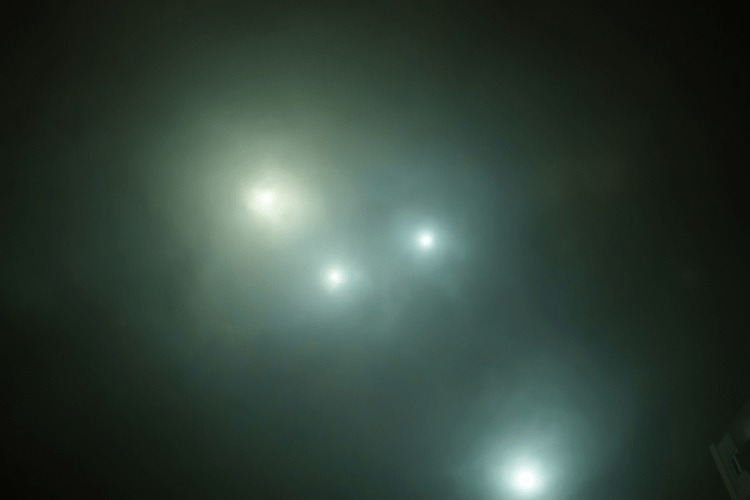 What’s going on in the skies (and oceans) around us?

The Pentagon has confirmed that another leaked video taken by U.S. Navy personnel in the Pacific Ocean near San Diego is authentic, and is currently being studied by the Office of Naval Intelligence’s Unidentified Aerial Phenomenon Task Force (UAPTF).

The night-vision video was taken in the Command Information Center of the USS Omaha in July of 2019 while the ship was engaged in exercises approximately 100 miles off the California coast. The video appears to show a round object hovering near the ship and moving back and forth across the sky before disappearing into the ocean, where the Omaha’s radar and sonar lost track of it.

No wreckage of the object was found. It’s also been reported that a U.S. submarine was dispatched to search for the object but found nothing.

The video was first released by documentary filmmaker Jeremy Corbell on his Instagram account on May 14. According to Corbell, the sphere in the film was one of at least 14 orbs observed near the Omaha that evening, all an estimated six feet in diameter. The objects were allegedly clocked at speeds ranging from 40-138 kts (46-158 mph) and flew around the Omaha for more than an hour. The objects were said to be illuminated.

Corbell explained the footage: “This footage was filmed in the CIC (Command Information Center) of the USS Omaha on July 15, 2019 in a warning area off San Diego. The footage depicts a UAP event series that reached a crescendo with one of the unknown targets entering the water. No wreckage found. None of the unknown craft were recovered.”

The Pentagon has not confirmed any of Corbell’s details yet — only stating that the video was authentic.

“I can confirm that the video was taken by Navy personnel, and that UAPTF included it in their ongoing examinations,” Pentagon spokesperson Susan Gough told The Debrief.

The newly released footage comes out just weeks before the UAPTF is scheduled to report to the Senate Intelligence Committee on the issue of Unidentified Aerial Phenomenon. The UAPTF was officially approved in August of 2020 with a mission to “detect, analyze and catalog UAPs that could potentially pose a threat to U.S. national security.”

Interest in the subject of UFOs is growing. Just last night, 60 Minutes took up the subject of UFOs. Speaking with CBS’s Bill Whitaker, former Pentagon official Luis Elizondo laid out reasons to be wary of whatever this phenomenon is.

“Imagine a technology than can do 6-700 g-forces, that can fly at 13,000 miles an hour, that can evade radar, and that can fly through air and water and possibly space … and, oh, by the way has no obvious signs of propulsion, no wings, no control surfaces, and yet still can defy the natural effects of Earth’s gravity,” Elizondo said. “That’s precisely what we’re seeing.”

Also on 60 Minutes was former U.S. Navy pilot Ryan Graves, who claimed that UAPs were a daily occurrence over the restricted airspace off of Virginia Beach in the Atlantic Ocean.

“I am worried, frankly. If these were tactical jets from another country that were hanging out up there it would be a massive issue. But because it looks slightly different, we’re not willing to actually look at the problem in the face,” Graves said. “We’re happy to ignore the fact that these are out there watching us everyday.”

While he was still chairman of the Senate Intelligence Committee in December of 2020, Florida Republican Marco Rubio was insistent that the committee be briefed on the subject of UFOs and how the U.S. military has reacted, and is reacting, to them, despite some of the ridicule he receives about it from fellow senators.

“There’s a stigma on Capitol Hill. Some of my colleagues are very interested in this topic and some kind of … giggle when you bring it up. But I don’t think we can allow the stigma to keep us from having an answer to a very fundamental question,” Rubio said.

Once relegated to the pages of the National Enquirer and other supermarket tabloids, the subject of UFOs — or as the military calls them, UAPs — is getting a fresh look. Now, even Congress is getting involved. It’s one of the only things Congress is looking at that has any bi-partisan support nowadays.