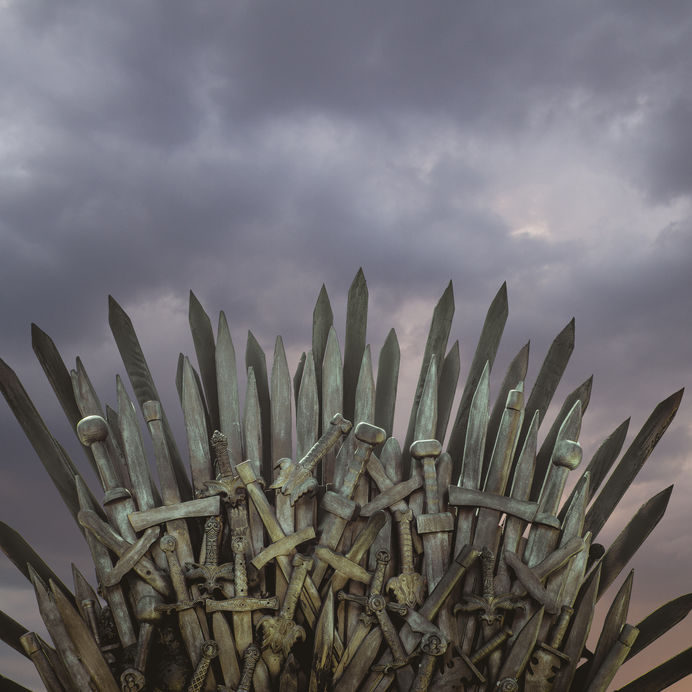 Of all tyrannies, a tyranny sincerely exercised for the good of its victims may be the most oppressive.  — C. S. Lewis

Is it mere coincidence that the European nations leading the march toward all- electric vehicle fleets are still (at least symbolically) – or were for centuries – ruled by monarchies? Even America’s elites display the royalist zeal to exempt themselves from draconian decisions they impose on the “common folk.” Meanwhile, the U.S. remains in last place in electric vehicle sales per capita.

Three decades ago, in his seminal book Earth in the Balance: Ecology and the Human Spirit, the princely Albert Gore declared, “We must make the rescue of the environment the central organizing principle for civilization.” But at a “climate change festival” in San Francisco in September 2018, Gore narrowed his worldview to declare that “decarbonization” must become “the central organizing principle of human civilization.”

The royalist, or colonialist, mentality pervades the “climate change” movement – the idea that wealthy elites have effectively a “divine right” to decide the future for the rest of civilization.

Compare Gore’s priority with that of the Copenhagen Consensus, which found that spending a measly $3 billion over four years on a bundle of micronutrients could reduce chronic malnutrition by 36 percent in developing countries, helping 100 million children to start their lives without stunted growth.

“Skeptical” environmentalist Bjorn Lomborg’s group found that each dollar spent addressing chronic under-nutrition has a $30 payoff in economic terms, and that the overall benefit from such an investment could reach $63 worth of global good. [Just through 2018, the U.S. had spent $154 billion on “climate change.”]

The Copenhagen group also touted malaria treatment (generating $35 in benefits for every dollar spent), immunization for children, and deworming – actions that bring real benefit to human lives. Actions that the climate royalists, whose families have profited immensely from exploiting human and natural resources in areas plagued by poverty and disease, found not to be a high priority.

Prince Albert, like most of his climate allies, is not known for a modest lifestyle. Examples of extravagance by those demanding the rest of us sacrifice are numerous. For example, the International Council on Local Environmental Initiatives, at a 2012 “World Congress” in Belo Horizonte, Brazil, celebrated their demand for economic “contraction” in the developed world with a lavish affair “replete with rich food, champagne, and opulence,” including a high-fashion show.

Indeed, Biden “climate czar” John Kerry justified his own use of a private jet to fly to Iceland in 2019 for to receive a climate award by stating, “I can’t sail across the ocean – I have to fly, meet with people and get things done.”  [I am VERY IMPORTANT! And you’d best not forget it!]

Former House Speaker Newt Gingrich “defended” Kerry in a tweet: “Do you really expect a political Prince like Kerry to sit in an Icelandair seat with mere citizens (Callista and I found the salmon they serve was superb)? Of course not.”

In recent articles I pointed out that China, India, and even Africans emerging out of colonialism are not buying into the royalist decarbonization demands. Neither are many Americans, largely because they do not buy into the climate crisis mentality.

Rupert Darwall, a senior fellow at the RealClear Foundation, called out the Biden diktat that Americans reach net-zero carbon dioxide emissions no later than 2050 “to limit global warming to 1.5 degrees Celsius,” declaring it his “first deception.” Why? Because the 1.5-degree limit “has nothing to do with science and everything to do with politics and green ideology.”

Darwall explained that the Intergovernmental Panel on Climate Change “offered no scientific, economic, or ethical justification for its adoption of the 1.5-degree target.” The sole justification (other than “climate change is BAD!”) is that climate change provides an opportunity to impose “transformative systemic change” to accomplish “intentional societal transformation.” And the serfs must submit.

Is there any wonder, then, that Hillary Clinton called those who rejected her coronation “irredeemable deplorables”? Gore, Kerry, and their fellows see themselves as the rightful rulers of a neo-Platonist “republic” in which citizens are “craftsmen” who perform duties the elites deem appropriate. Chinese-style “social credit” is thus an attractive tool for ensuring that the hoi polloi stay in their place and exhibit sufficient reverence for the ruling class.

That this worldview clashes with the Declaration of Independence is further evidence that today’s climate elites long for the good old days of feudalism, so long as their fiefdoms are well fortified. The Founders affirmed that governments were “instituted” to secure individual rights – because “all men are created equal … endowed by their Creator with certain unalienable rights.” Today’s royalists conspire to take away individual rights, to demand conformity and obeisance, and to take the lion’s share for themselves.

Further evidence of this royalist psyche among the climate conscious stems from the way that some governors, mayors, and other authority figures used “emergency powers” to destroy small businesses and increase dependency during the recent corona virus pandemic. Even more comes from the royalist-sanctioned “cancel culture” that redefines words and verbally, even physically, assaults anyone who even accidentally (or unknowingly) violates their Newspeak.

But these two examples also demonstrate that “climate change” or “decarbonization” as an organizing principle has been a total failure outside royalist circles. Indeed, some climate “scientists” are calling for biennial COVID-style “lockdowns” as a necessary component of the net zero strategy. Already Senate majority leader Chuck Schumer has urged President Biden to declare a “climate emergency” and further restrict our freedoms.

The Founders recognized that human governments are imperfect and that people are “more disposed to suffer, while evils are sufferable, than to right themselves by abolishing the forms to which they are accustomed.” But they also recognized that there is a tipping point beyond which abuses of human freedoms can no longer be tolerated.

Does anyone actually believe that the owners of 280 million gasoline- and diesel-powered vehicles in the United States (not to mention the millions of lawnmowers, boats, power tools, etc.) are going to quietly surrender every one of their vehicles to a government buyback program? Does anyone actually believe that people are willingly going to give up their gas stoves, gas hot water heaters, gas furnaces, and other natural gas-powered appliances?

The government is not simply exchanging your old toys with new ones at no cost to anyone, even if the royalists “pay” for this largesse with tens of trillions of new national debt. The citizenry will pay dearly for such a forced transition, while the benefits will go to the few who control the manufacture and distribution of the new tools.

Both privacy and private property ownership by ordinary citizens are headed for the ash heap if the royalist World Economic Forum gets its wish. As German economist Dr. Antony Mueller explained, the plan is that government will be the sole proprietor of all goods. In such a society there will be no “individualism, liberty, and the pursuit of happiness.” Of course, the royals will keep their properties, because, well, they are important.

The sole question that remains, then, is not whether, but when “in the course of human events” the people will say to the royalists, “no más,” and what they will do about it.