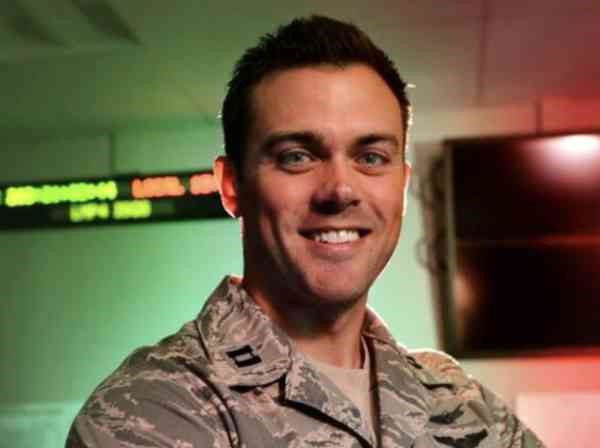 A U.S. Space Force officer was relieved of his post after he published a book that warned of the spread of Marxism and Critical Race Theory in the military.

“Lt. Gen. Stephen Whiting, Space Operations Command commander, relieved Lt. Col. Matthew Lohmeier of command of the 11th Space Warning Squadron, Buckley Air Force Base, Colorado, May 14, due to loss of trust and confidence in his ability to lead,” the Space Force said in a statement to various news outlets over the weekend.

“This decision was based on public comments made by Lt. Col. Lohmeier in a recent podcast. Lt. Gen. Whiting has initiated a Command Directed Investigation (CDI) on whether these comments constituted prohibited partisan political activity,” the Space Force continued to say.

He was critical of Marxism, Critical Race Theory, and Defense Secretary Lloyd Austin in a podcast.

“I don’t demonize the man, but I want to make it clear to both him and every service member this agenda—it will divide us. It will not unify us,” Lohmeier said, adding that Austin is promoting “diversity, inclusion, and equity,” which he and others have said are “rooted in critical race theory, which is rooted in Marxism.”

“What you see happening in the U.S. military at the moment is that if you’re a conservative, then you’re lumped into a group of people who are labeled extremists if you’re willing to voice your views. And if you’re aligned with the Left, then it’s OK to be an activist online because no one’s gonna hold you accountable,” Lohmeier also said, according to the Washington Examiner.

HAVE WE CROSSED THE RUBICON?

Jen Psaki has recently defended both the 1619 Project and Critical Race Theory.

Lloyd Austin has made it clear he will purge the service of extremists which appears to mean anyone on the Right.

It really might be too late for America. Have we crossed the Rubicon?

Everything Democrats are doing now is to leave themselves an open field to turn our country into a totalitarian nation. They’ve made Americans too afraid to rally and to speak out with their cancel culture and their Brownshirts. They’ve censored those who dare to speak. They don’t allow the Right to organize on their social media, and if they do, their groups are demonized. The entire Republican Party has been made into an object of scorn, Conservatives even more so.