We continue to see the fallout from the 2021 legislative session that adjourned on April 25. Less than two weeks after leaving Olympia, without addressing the governor’s emergency powers and one-person rule, members of the majority party from Pierce County are lamenting the fact that the governor has wielded his unlimited power in a way that they feel is unfair to their county.

While Cowlitz, Pierce and Whitman counties were moved back to Phase 2 of the governor’s increasingly arbitrary reopening plan, King County was permitted to stay at the lesser restricted Phase 3. Democrats are now complaining, and threatening the governor with a special session, but is it too little, too late? You may read more about this below.

Also angling for a special session are those seeking a new gas-tax hike for a transportation package. As many Washingtonian families prepare to hit the road this Memorial Day weekend, and this summer, for their first vacations in more than a year, the last thing that they need is a higher tax on gas.

Washington already has the third highest gas tax in the country. In addition to that, the majority passed two measures this session – the carbon-pricing scheme known as “cap and tax” and the high-cost fuel standard – that together could raise prices on gas and diesel by over 50 cents per gallon when fully implemented.

Please let me know your thoughts on these and other issues you care about. Even though we are not in session at the moment, I represent you in the Senate year-round.

Inslee’s wall has finally come down! 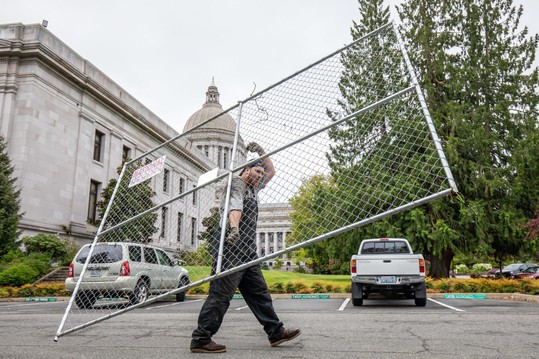 On the very first day of this year’s session, echoing the words of President Ronald Reagan, I called on Gov. Inslee to “tear down this wall,” referring to the unnecessary fence that was put up around the Capitol campus, including the Legislative Building itself, at Inslee’s direction.

We were told the fencing at the Capitol was to be a temporary security measure in response to reports of potential violence related to the January 20 presidential inauguration. No real violence ever materialized, and yet the fence surrounded most of the legislative buildings for the full legislative session.

After nearly four months of repeated calls from Republicans and members of the public for removal of the fence, it was finally taken down May 4, more than a week after our session ended – a key step to fully reopening the “people’s house” to the people of Washington.

Every day the fence remained up, it became more and more a symbol of the separation of the people from their government and emblematic of a majority party that didn’t want to see or hear from those who send us to Olympia.

One reporter summed up the effect of the fence and lack of openness this session perfectly: “The majority locked their agenda in, by locking the public out.”

Click here to read the Freedom Caucus press release on the fence coming down. 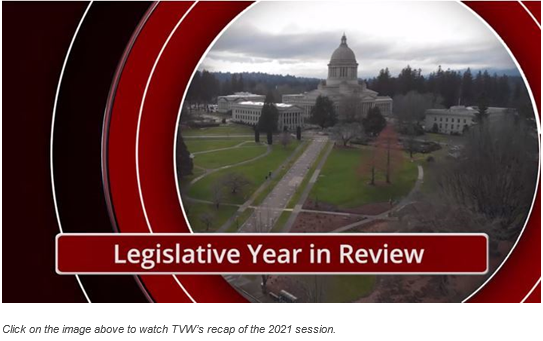 This special edition of Legislative Review highlights the top issues of the 2021 Washington State Legislative Session.

Bill to accommodate the hearing-impaired signed into law by governor 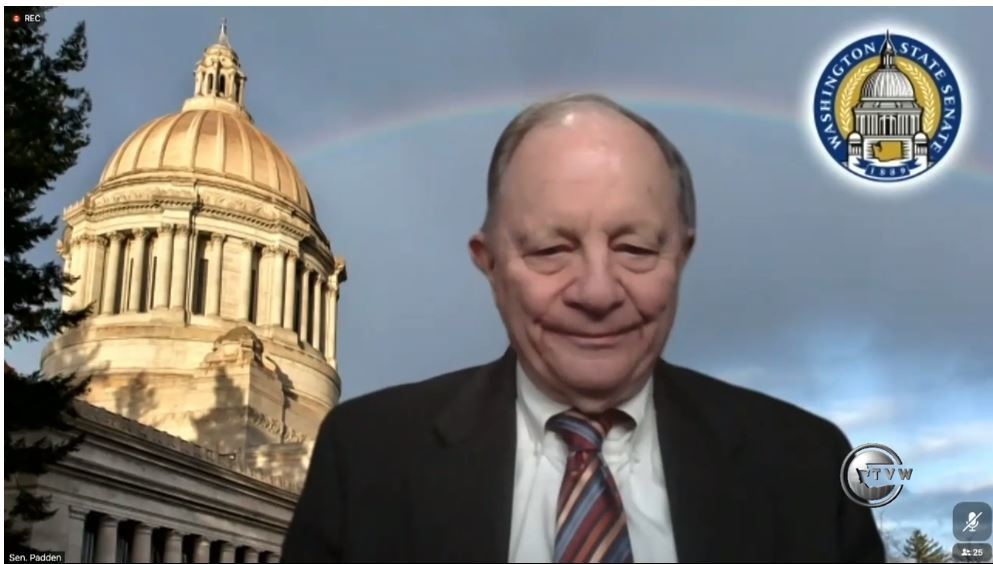 This week Gov. Jay Inslee signed our legislation to help people with hearing impairments by increasing the availability of closed captioning on televisions in public places.

Senate Bill 5027 is about addressing an important issue for the more than 20% of Washingtonians who suffer from some level of hearing loss. For those with this disability, routine access to closed captioning can be the difference between life or death – especially during an emergency when public televisions are a major means of communicating news and instructions. I am pleased that my fellow lawmakers and the governor saw the importance of this legislation and supported it unanimously.

When I informed Conrad Reynoldson with Washington Civil and Disability Advocate that the bill was about to be signed, he was elated. “We’re finally going to get the captioning bill across the finish line,” he wrote.

Conrad was key to the effort to build support for bill. He testified during both the Senate and House hearings on the new law, which goes into effect on July 25. 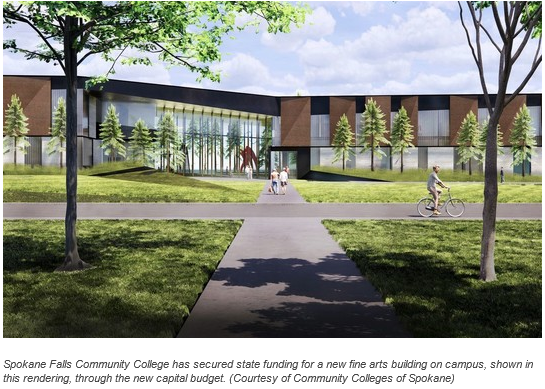 A $6.3 billion capital budget unanimously passed the Legislature with money for projects at colleges in Eastern Washington, Spokane’s fish hatchery, a statewide expansion of broadband access and new housing projects.

The capital budget – which funds construction projects across the state – includes projects throughout Spokane and Eastern Washington.

Sen. Mike Padden, R-Spokane Valley, said in a statement the capital budget puts a lot of taxpayers’ money back into community projects and creates jobs.

Eight Washington Democrats in the state Legislature have crossed party lines to call on Gov. Jay Inslee to reconsider his COVID-19 restrictions or face a special session.

The letter, first obtained by Q13 Fox, is signed by eight Washington Democrats and four Republicans from the House and Senate. The letter follows Inslee’s decision to halt further reopening statewide, leaving all but three counties – Cowlitz, Pierce and Whitman – in the state’s least restrictive Phase 3. Those counties were thrown back into Phase 2 on April 16 to the chagrin of local leaders. 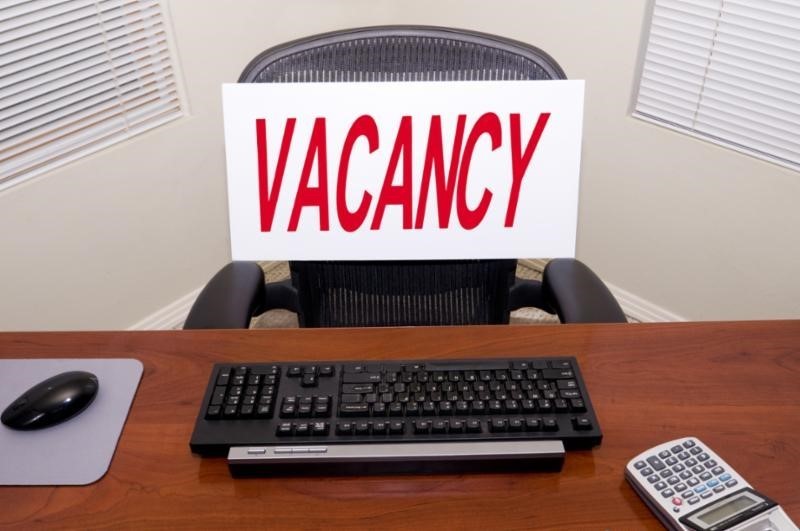 According to a recent update from the Greater Spokane Valley Chamber, local employers are struggling to fill open positions. The piece states: “Though Spokane County’s unemployment rate stood at 6.3% in March, matching the pre-pandemic number of a year earlier, businesses are still struggling to find employees.”

The GSVC is conducting a survey of its members to try to identify the cause of this worker shortage here in Washington, but many of our neighbors in Idaho think the reason for a similar shortage there may be easy to identify. “With the additional $300 a week from the federal CARES Act, what’s the incentive to get back out to a minimum wage job?” stated one headline.

KTVB7, a news channel based in Boise, points to unemployment benefits and how much those qualifying for it can take home as an often-cited reason for the labor shortage. “For many, it’s more than what they made when they were working,” one story claims.

‘Decades ahead’: Berg’s niece explores the city’s history as a heart attack trailblazer in new book on the ‘Spokane Experience’ 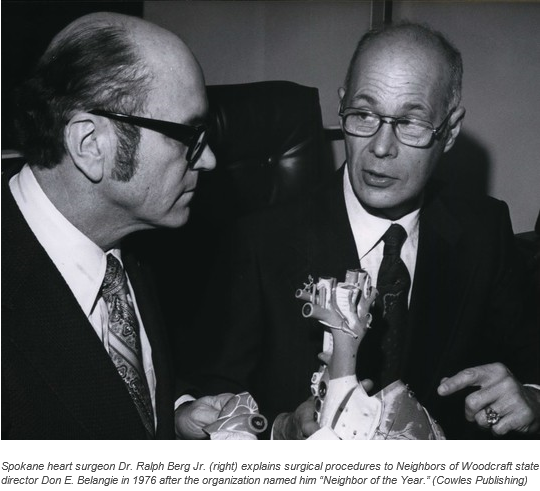 Washington already has the third highest gas tax in the country. In addition to that, the majority passed two measures this session –the carbon-pricing scheme known as “cap and tax” and the high-cost fuel standard – that together could raise prices on gas and diesel by over 50 cents per gallon when fully implemented.

A radical idea 50 years ago to do bypass surgery on a person in the midst of a heart attack happened in Spokane for a reason.

The milestone has its roots in 1952, when Dr. Ralph Berg and a team began researching new ways to treat heart problems. They developed groundbreaking cardiac care approaches, which by the 1970s drew criticism for the private doctors’ aggressive treatment of heart attacks against the then-standard drug intervention and bed rest.

In 1971, the coronary revascularization – or bypass surgery – became a foundation of the “Spokane Experience.” The 1970s were a decade when Spokane heart doctors continued the emergency surgeries despite peer rejection. 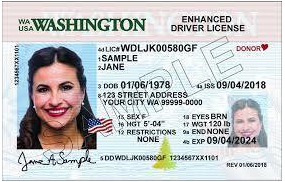 Late last month, Secretary of Homeland Security Alejandro N. Mayorkas announced the Department of Homeland Security (DHS) is extending the REAL ID full enforcement date by 19 months, from October 1, 2021 to May 3, 2023, due to circumstances resulting from the ongoing COVID-19 pandemic. The pandemic has significantly impacted states’ ability to issue REAL ID-compliant driver’s licenses and identification cards, with many driver’s licensing agencies still operating at limited capacity.

This will provide Washingtonians additional time to ensure they have a REAL ID compliant document to fly domestically and access certain federal facilities. 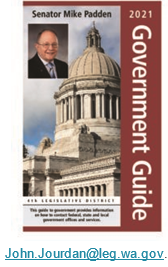 A limited number of printed copies of the 4th Legislative District guide to government are still available.

The government guide provides information on how to contact federal, state and local government offices and services. It also has some great information about our legislative district and some of the institutions and people that make it such a great place to live, visit or start a business.

If you would like to have a hard copy of the guide mailed to you, please contact our district office at 509-921-2460 or contact my legislative assistant John Jourdan by email at John.Jourdan@leg.wa.gov.

You may also download a digital copy of the 2021 Government Guide at any time, by clicking here.