But there is already some indication that Roe v. Wade may not be overturned. The fact that the high court was unwilling to intervene in any of the election cases gives us a foretaste of what may come. And, don’t forget that in Roe v. Wade, which was decided in a vote of 7:2, six of those justices were appointed by conservative Republicans.

Roe v. Wade began in 1970 when Norma McCorvey (Roe) found she was pregnant and wanted an abortion. Because abortions were illegal in Texas and since she could not afford to go to some place like New York she took the State of Texas to court. By the time the case reached the Supreme Court, it was December 13, 1971.

The lawyer for Roe was Sarah R. Weddington, and the attorney for (Henry) Wade (District Attorney, Dallas County, Texas) was Jay Floyd, Assistant District Attorney for Dallas County, Texas. At that time there were only seven justices on the Court, since two had retired. Because of the lack of two justices, the case was heard again on October 11, 1972 before nine justices. Mrs. Weddington argued the second case against Texas attorney Robert C. Flowers, Assistant Attorney General for Texas. The case was decided on January 22, 1973. The decision of the Court was 7:2 against the State of Texas and in favor of almost unlimited abortion.

In the first trial the issue was whether the Texas statute was too vague. The second trial dealt more with the question of “what is a person.” The Constitution says both at Amendment V, and Amendment 14, “No person shall be…deprived of life, liberty, or property, without due process of law…”

The Court also said that a woman had the right to privacy based on the Fourth Amendment which says, “The right of the people to be secure in their persons… shall not be violated…” But, does this guarantee a right to privacy?

And, even if the woman had a right to privacy, that would not give her the right to destroy the life growing within her. We have privacy in our homes, but we have no right to commit a crime in our home. It is the same in the womb. The woman is to nurture that life within her, not destroy it.

The justices also seemed to have a question about the statement in the Fourteenth Amendment which says in part, “All persons born or naturalized in the United States, … are citizens of the United States…” 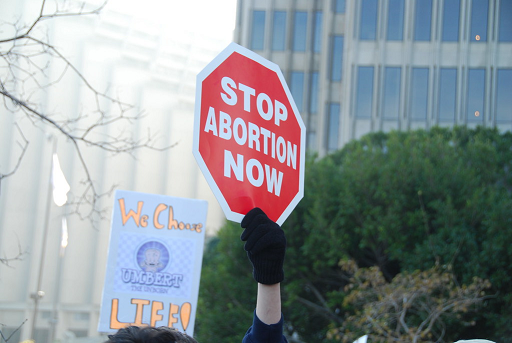 Anyone who argues the case against Roe v. Wade needs to study the Court proceedings of both trials, and then have a clear understanding of what, exactly, is a person. An abortion doctor once told me that he likes to get done as quickly as possible because the longer he waits the more the unborn looks like a human, a person.

Another issue that came up was a Texas statute which made it a crime if the life of a child was taken during the time he was being born, something like Partial Birth Abortion. The Court seemed to feel that this would be wrong as this was not an abortion. So, an attorney needs a clear understanding of what exactly is an abortion and when does it take place, as well as when is a person considered to have been “born.” Must the whole body be delivered to be counted as born?

What changes at birth? The case is pretty clear that a child born after 24 weeks of gestation has a good chance for survival. So, if born, he is a person, but if his life is taken in abortion, he is not a person.

Birth is the only clear dividing line between conception and birth, and birth is just a condition of location. Even after 24 weeks each additional week sees improvement in size, but no change in the essential character of the unborn.

Developmentally a fetus gains function very quickly and even before the woman may realize she is pregnant, the little heart is beating.

Although the Court made a distinction between the first, second, and third trimesters, these are very subjective measurements. The concept of “trimester” has no medical standing. There are no dividing lines between trimesters as they gradually merge one into another. A trimester is a legal, not a medical construct.

The prolife movement has grown year by year since Roe v. Wade in 1973. If a prolife case is actually heard by the Court, it is evident that many will be upset, no matter how it is decided. As the Court indicated in Planned Parenthood v. Casey, many women have grown up since 1973 believing that if they became pregnant, they could end the pregnancy in abortion and not have the pregnancy affect their careers.

Whoever sets out to argue a pro-life case before the Supreme Court with the hope of overturning Roe v. Wade must keep in mind some very basic things: First, the Court is very reluctant to overturn any previous decision, and in fact has rarely done so. Second, he must recognize that Roe was decided on very shaky ground. There is no right to abortion in the Constitution. The Court knew that but based its decision on the woman’s so-called right to privacy. Finally, the attorney must have a clear understanding as to when life begins, and the meaning of the term “person” as used in the U.S. Constitution.

The big need today is for the church to tell the biblical truth to the rest of the world that abortion is wrong. Millions of infants will continue to perish unless we can carefully present the case for the need to overturn the Roe v. Wade decision.

Jim Hollingsworth, has written several books, the most important for now with the Biden Administration working so hard against good climate policy is ‘Climate Change: A Convenient Truth.’ This is a book written especially for children.

Other books include ‘Cortez: A Biography,’ and ‘The Ancient Culture of the Aztec Empire.’