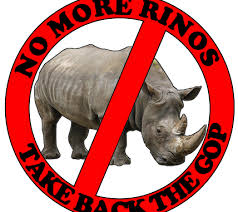 I didn’t watch America’s make-believe president give his “State of the Union Address,” but I did watch Tim Scott’s rebuttal the next day on YouTube.  I was disappointed, but not surprised, that Republicans chose Scott for the task.

I like Tim Scott personally, but he is, at heart, a RINO.  Thus, he was a safe choice for the token-opposition party known as “Republicans,” because its leaders would never dream of picking someone who is aligned with the thinking of a majority of the party’s voters — people like Jim Jordan, Devon Nunes, and Josh Hawley, all of whom Republican leadership considers to be toxic.

When Tim Scott said of Biden, “Our president seems like a good man,” I would have loved to ask him what exactly is it about Joe Biden that seems good to him.  Is it his lifetime career as a grifter who has stolen tens of millions of taxpayer dollars not only for himself but for his entire family?  Or his well-documented record of being a hard-core racist?  Or his embarrassing history of plagiarism and lying, both of which are on full display even today?

Sorry, but Joe Biden is, and always has been, a reprehensible human being, and just because his brain is rotted does not change that fact.  To lie to the American people and describe him as a good man undermines everything else Scott had to say in his speech.

I don’t mean to pick on Tim Scott, because, as I said, I like him personally.  He is but the latest example of an undeniable reality that Republican politicians, bureaucrats, and power players have absolutely no interest in what Republican voters want — and what they don’t want.

I’m not even talking about loathsome characters like Mitt Romney, Liz Cheney, and Lisa Murkowski, who are really nothing more than Democrats disguising themselves as Republicans.  I’m referring to high-profile Republicans whom the media portrays as staunch conservatives, but whose words and actions invariably promote Democrat policies.

Case in point:  What is Senator John Cornyn focused on to help the millions of America First voters who keep reelecting him to office?  Clamping down on illegal immigration?  Not a chance.  Like his Democrat pals, Cornyn is focused on giving “a path to citizenship” to illegals whom Barack Obama arbitrarily labeled “DACA,” insisting they came to this country “through no fault of their own.”

Sorry, John, but even though America First voters are compassionate, they sent you to Washington to help improve their lives, not the lives of non-citizens.  They don’t care if a race hustler like Obama woke up one day and decided to call them DACA people.  Whether you call them DACA, CACA, or SHMACA doesn’t change the fact that they are in the United States illegally.  Trust me, a majority of Cornyn’s constituents want illegals deported, not given a path to citizenship.

Case in point:  Senators James Lankford and Ron Johnson cosponsored an amendment that would have substituted Juneteenth (the holiday observed on June 19 to celebrate the emancipation of slaves) for Columbus Day as a paid federal holiday.  After their constituents went berserk, they quickly withdrew the amendment, insisting they were not trying to “rewrite history or join the mob,” but just trying to be “fiscally responsible,” whatever that’s supposed to mean.

Case in point:  In an effort to upstage fellow Republican liberals, big talker Lindsey Graham said, after Congress approved a $25 million aid package for Pakistan to “promote democracy and gender programs” in that country, “We’re trying to make life better for women throughout the world.”  Really, Lindsey?  When you were almost in tears begging South Carolina voters to give you one more chance to be their senator, did you tell them you would be working hard to make life better for women on the other side of the world rather than on ways to improve the lives of South Carolinians?

Case in point:  Then there’s the dear leader of Republican House members, Kevin McCarthy, who said, with regard to the last election, “We were able to defeat 15 Democrats.  Every single Democrat lost to a Republican woman, a Republican minority, or a Republican veteran.  We’re very proud of that, we’re proud of what we’ve been able to do.”  The necessity to point out that Republican winners included women, minorities, and a veteran underscored yet again that Republicans are always willing to allow Democrats to set the agenda and frame the terms of any and all arguments.

Obviously, there are many more counterfeit Republicans in Congress — Marco Rubio, Paul Braun, Bill Cassidy, John Thune, and Mike Lee, to name but a few — and the one thing they all have in common is that they are not the least bit interested in the desires of their constituents.  Even supposedly conservative governors like Asa Hutchison and Kristi Noem vetoed legislation in their states to ban fake women from competing in women’s sports.

Senate and House members aside, I would be remiss not to mention Obama water boy George W. Bush.  As liberals go, I believe Bush is a well-meaning chap, but it was a bridge too far when he recently announced he is teaming up with one-time libertarian Charles Koch and the Democrats to promote still more illegal immigration.

All this is yet another reminder that we have a one-party system in the United States.  And if Republicans keep nominating liberals like John McCain, Mitt Romney, and George Bush to be their presidential candidates, why would anyone expect things to change?  Establishment Republicans fought a fierce battle to prevent an outsider, Donald Trump, from becoming president, because they were terrified that he would actually keep his promises to carry out the wishes of Republican voters.  And when he did just that, RINOs were apoplectic.

So, what can we expect if the anticipated red tidal wave actually comes to pass in the 2022 elections and Republicans achieve overwhelming majorities in both the House and Senate?  Answer:  not much.  Democrat crimes will still go unpunished, more laws to aid illegal immigrants will be passed, there will be no letup in out-of-control spending, and the war against non-existent systemic racism and white privilege will continue.

Sadly, people in their own party who express views that are aligned with a majority of Republican voters are looked upon as outcasts by the Republican establishment.  I’m talking unapologetic America First House members like Marjorie Taylor Greene, Lauren Boebert, and Matt Gaetz.  Given that true conservatives are seen as the enemy, it’s not hard to understand why Republicans end up with leaders like Mitch McConnell, Paul Ryan, and Kevin McCarthy.

If America First voters are not willing to clean house by giving the primary hook to spineless Republican politicians, the GOP will continue to be the party of token opposition no matter how many seats they control in the House and Senate.  And, yes, it would help if President Trump would stop endorsing reprobates like Mitt Romney, Ben Sasse, Marco Rubio, and Mitch McConnell, all of whom clearly hated him at the time he gifted them —and still do.  Unfortunately, an insatiable desire to be loved is a potentially fatal condition.