THE DEMONIC PSYCHODRAMA OF PROGRESSIVE POLITICS 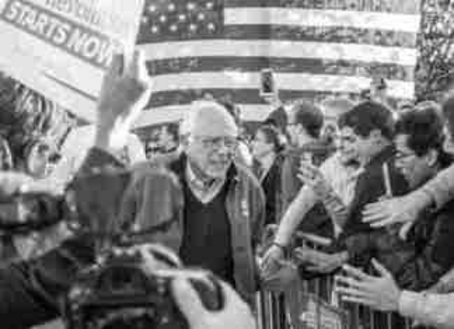 THE DEMONIC PSYCHODRAMA OF PROGRESSIVE POLITICS

Fear and anxiety are two major factors that drive contemporary progressive liberal politics.  Their agenda reflects this fact.  Progressives clearly view the two prominent issues on their agenda—race and climate—in apocalyptic terms.  They present them as a matter of life and death on which the survival of our civilization pivots.

There is no reason to believe that progressives are not sincere.  The urgency and passion with which they talk about these issues suggest that they honestly believe their own words and want others to believe them.

We experience fear and anxiety as a result of confusion.  There are many indications that progressive view of reality is very confused.  Progressive liberals were the main proponents of the welfare state—the idea that they pursued for decades.  Following the defeats that they suffered in the 1980s, progressive liberals abandoned this idea under Clinton and Obama in favor of the neo-liberal approach.  The departure from the familiar perspective certainly generated a great deal of confusion and soul searching among progressive liberals.

Confusion continues to reign supreme in the current progressive politics.  The principles they use for formulating their policies are conflicting and contradictory, which reflects their muddled thinking.  For example, their pro-choice stance advocates the principle of individual autonomy—women’s control over their bodies.  Their policies on race and climate embody the principles that are distinctly communitarian and even socialist.  The use of contradictory principles certainly reflects a state of confusion.

Contradictory, muddled thinking creates confusion; and confusion generates fear and anxiety.  The confusion that progressive liberals experience is internal in its origin.  Its roots are in the very evolution of their thinking over a period of several decades as they gradually embraced the notions of ambivalence, ambiguity, relativism, uncertainty, and indeterminism as the new notions central to their thinking.  These new notions have replaced the old certitudes and truths as central to their patterns of social and political meanings.  This transformation of progressive thought is the main reason why progressives experience confusion.

The source of this confusion is certainly internal.  Therefore, the way to address it  and its negative effects is through self-examination, criticism, and the creation of a new and comprehensive frame that embraces contradictions as its particular cases and develops a comprehensive approach that reconciles them.

Progressive liberals chose a different way.  Rather than examine their own conceptions of reality, they projected their fear and anxiety on the outside.  They presumptively identified external causes as the source of their discomfort.  These causes are race and climate change.

These issues are not new in progressive politics but the way progressives treat them now is definitely new.  In the past, they dealt with these issues in the context of the existent political theory and practice.  In the way that progressives addressed these issues, they did not require a complete restructuring of our society and its culture, which is what progressive liberals demand today.

By pursuing these issues as a way of dealing with their internal confusion, fear, and anxiety, progressive liberals do not solve the fundamental problem that is the source of their conundrum—the loss of familiar certitudes and patterns of social and political meanings. Rather than deal with the true source of their confusion, they re-enact their internal psychodrama by the public ritual of exorcising the devil on a grand scale. The only result of enacting this ritual is more confusion, fear, and anxiety that lead to more instability, chaos, strife, and violence.

Gennady Shkliarevsky is a Professor Emeritus of History at Bard College, New York