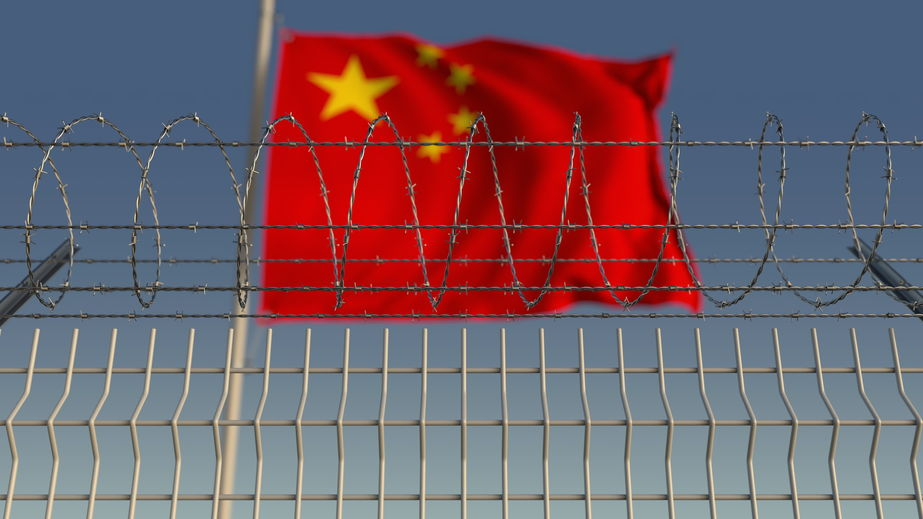 Recently, Glenn Beck brought up the idea being put forward that China’s “Great Leap Forward” deaths were largely because of a climate catastrophe that occurred in China 1959-1961. This is very odd, as it’s the opposite reason for most famines in that the pattern was wet and cool, not hot and dry. It is also opposite of what happened in our dust bowl years. The US Dust bowl was a product of the extreme drought that began and the period of the 30s,40s and 50s where the weather was just outright bad in the US, with an extremity that dwarfs what we see today. But poor farming practices aided in what happened. The combination of much better methods of farming and the adaptation thru science of agriculture means droughts may still impact total food production and prices, but its highly doubtful that even if a drought of that magnitude happened we would see the same results. And, of course, the question I have posed many times is how did arguably the worst period of heat and drought in this nations history occur in a period where co2 was much lower. Why could it not happen again? Yet if it did happen again, despite precedent, what do you think would be blamed? By the way, higher co2 levels make plants more drought resistant and I would think the green dealers out there would applaud that.

Fat chance on that.

Now flash forward to China. Interestingly enough blaming climate occurred at the end of the aforementioned warm period, rather than at the start as the US’s did. But Asia is a much larger continent than N America so it may have a linkage to the effect on the climate of both continents when warming set on, and when it reversed. It is always “dangerous” to have sudden cooling because it takes much less to cool a warmer area that has adapted to the warmth, than the sudden cooling that occurs. Want to trap a green new dealer? Ask them to tell you what the actual climate goal is with the metrics of co2, WV and temp? Most of them do not know and so they talk in abstracts that can’t be quantified. And if they give you a number (say send the global temperature back to where it was in the 1970s, they do not understand what the implications would be. They do not realize given what we have adapted too (any warming) and the increase in population today how this would decimate the planet if co2 levels and temperatures dropped. That is not to say co2 is the control knob of climate. It is saying if co2, or temperatures dropped, there would be problems. We are closing in on 8 billion people that need to eat, so if they are correct about the “needed cooling” via co2 reduction, plants are not going to be able to take stress as much and shorter growing seasons will lead to more famine.

Which brings us back to China.

This is not a defense of China. It is simply addressing the issue that is being brought up and to show the actual pattern that was going on and tie it in to a question that needs to be asked: If climate and weather did cause that disaster, or our dust bowl, and man’s fingerprint had little to do with it then, why are you bringing up examples WORSE THAN TODAY, BUT THEN SAYING TODAY IS WORSE THAN EVER?

In China, it was not heat and drought like the US dustbowl. The pattern was cool and wet right over the main growing areas. 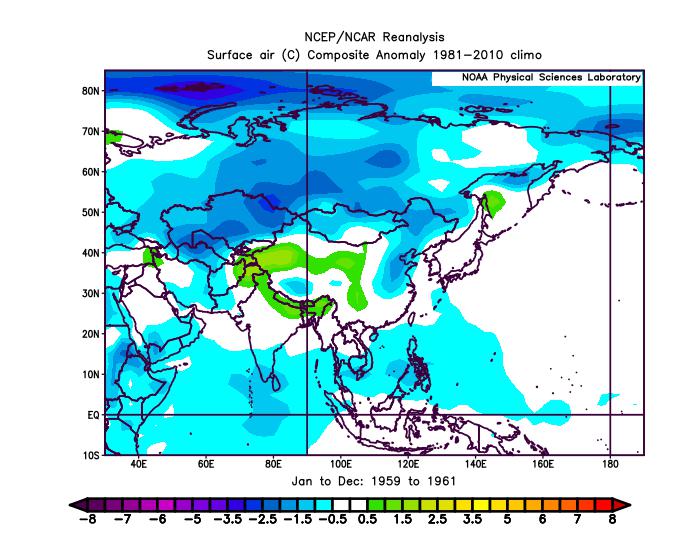 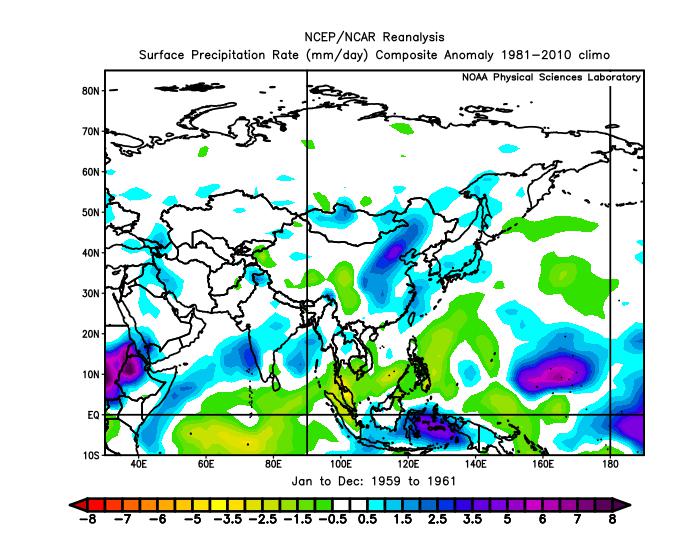 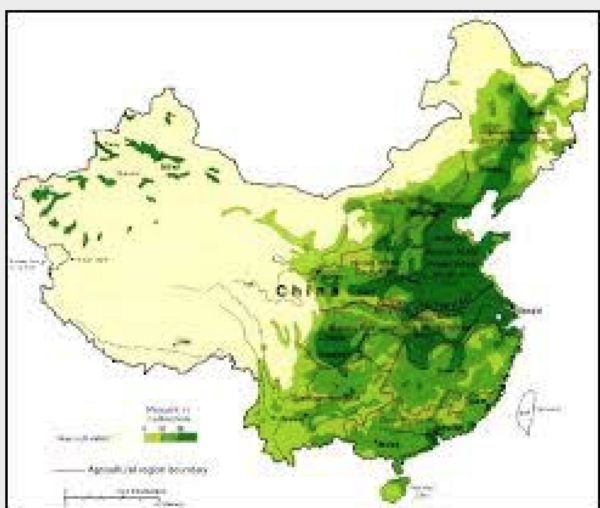 Now normally that is a positive for growing as long as it is not too cold or too wet. Most of the great famines have been with hot and dry periods.

It is interesting, given the recent all pain no gain for the US agreement on climate with China, that John Kerry, the person that is taking the lead, once blamed Boko Haram on drought in Nigeria. Of course, he was blissfully unaware that Nigerian precipitation was above normal the last 25 years ( which if he knew much about hurricanes wound understand that the enhanced African wave train that occurs in years of high hurricane activity does that) I wonder what he would have gotten in meteorology if he took a course, given his known prowess in geology.

Ah one of the great unanswered questions of our time.

In any case, Contrast the climate disaster that is being blamed for Chinas horrific disaster during the Great Leap Forward. with the US dustbowl years 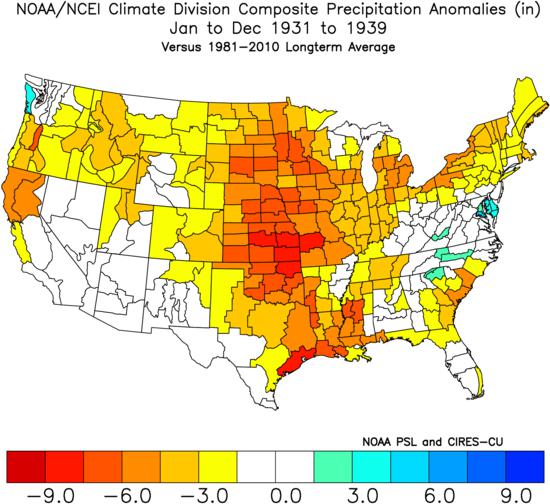 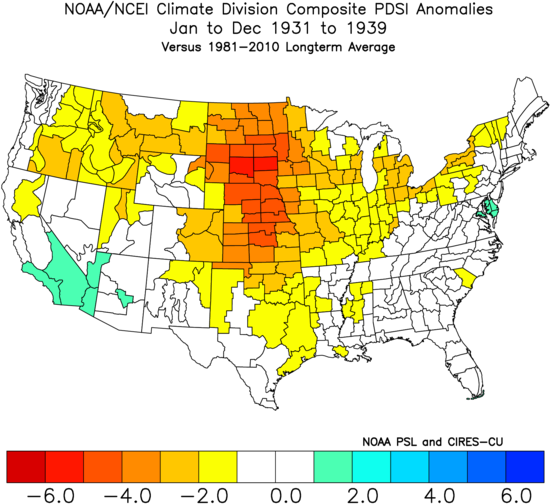 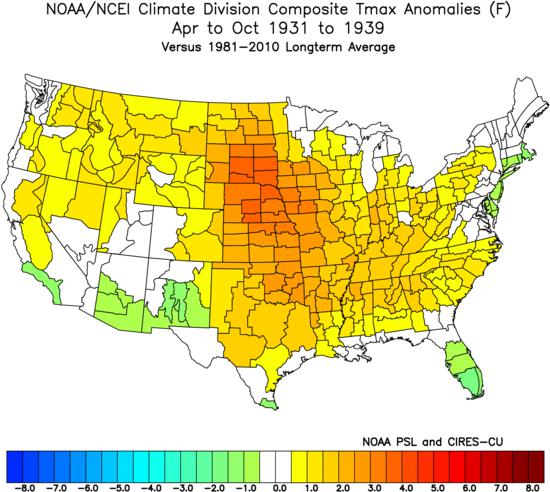 Now that is the signature of an climate caused agricultural disaster with long term drought and extreme heat in the summer. And low co2.

Now perhaps the missive for China should be too cold and too much rain. Afterall that is what the map shows opposite our situation in the US. But neither the US, nor China, no matter what the explanation can have it both ways if they are going to use climate to explain away a situation that things are worse today. And anyone looking at blaming the extremes of these times for the disasters that took place, has to answer, well if it was that bad then, how are you trying to say it is worse now?

The answer is the Chinese are not dealing witch reality.  If they are concerned about climate disasters worse than what they are saying 1959-1961 was like, they would want to make sure that they change course as quick as possible. So they do not have the urgency. And why should they, given our abdication of any position that could possibly lead to an even playing field, the facts of the weather of the past be dammed. Since they don’t have anything to do until 2050. It’s the US that has to take steps and we are one of the leaders on reduction of carbon emissions. Of course the left loves to use per capita emission rather than a nations total emission, and leaves out the real pollutants, particulate matter and trash dumped into the oceans. Also left out the minor fact that since we have 25% of the people of China and you exhale 100x more co2 than you inhale, that would add to the total. And then there is the cost of shipping a product to the US and the Co2 that adds in. But in Wizard of Oz fashion, the agenda driven climate zealots have successfully convinced a gullible and willing populace to pay no attention to the man behind the screen.

The fact is, As my book shows (The Weaponization of Weather in the Phony Climate War) they could care less about facts, only about destroying a system that gave them the chance in the first place.

And what is ironic is the revision via blaming the weather for the disaster of the Great Leap Forward is in a way, no different than what we see today going on in this country with media missives on the weather and climate.

One more thing, as far as China and their policy on climate, I do not blame them. The US is leaving a vacuum as far as standing up and nature abhors a vacuum They are trying to advance their cause. So what would you do if you were running China? If you want to point fingers, the mirror would be the place to look. And I am not talking about who is destroying the planet, but who is allowing a system to be destroyed that is the hope of the planet.