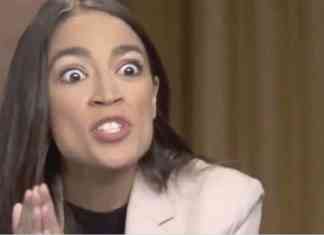 In the clip below, Jonathan Lesser, a fellow at The Manhattan Institute, president of Continental Economics, addresses the hysteria from people like Alexandria Ocasio-Cortez, [an airhead, who says the U.S. will end in eight years and if we set the extreme role model she wants, others will follow. She also thinks racism caused climate issues. The communista has no facts behind a thing she claims.]

Yes, the climate is changing, he agrees, and mankind probably affects it.

The only reliable option is nuclear power, he asserts. Wind and solar end in blackouts.

As for fracking, which Democrats plan to kill, is the reason our emissions have gone down. So, they are cutting off their nose to spite their face.

Lesser says that if the U.S. destroys its economy and everyone will jump off the same cliff is nonsense. Some environmentalists are very opposed but it is truly clean energy.

Mr. Lesser thinks these changes are all about money. The money for wind and solar will all go to European countries and that is why they are lobbying for all this in the United States.

We don’t need to up-end our economy. [It’s not just an up-end. It would turn over our energy, housing, education, and most industries to hard-left Democrats.] 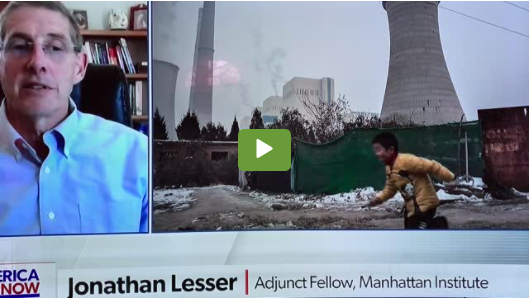