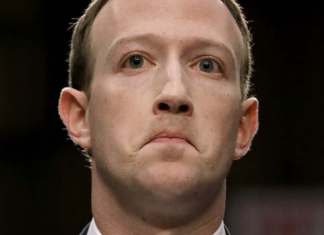 Charles Payne of Fox Business had Indiana Rep. Jim Banks on as a guest to discuss the Facebook ban decision and whether the former President’s removal will be permanent.

Mr. Payne said, “Well, people everywhere bracing for what should be a historic decision for President Trump in that Facebook ban decision. Now, whether to uphold or reverse that site’s suspension of the former president’s profiles, we’re going to learn any moment now.

There is a council of sorts that’s working on it. Congressman Jim Banks of Indiana joins me right now.

Congressman, you say that …‘no corporate CEO or their oversight board should be more powerful than the leaders you elect.’ The ban has been in place now. Many people think it will be overturned. But what did you mean by that, that they shouldn’t have had the power to kick President Trump off the platform in the first place?”

BANKS: “Well, Charles, this is a larger conversation about how big and powerful big tech companies like Facebook have become. And what I mean is not whether or not Mark Zuckerberg is more powerful than me, a congressman. I’m talking about that a big tech company or a CEO, or in this case this oversight board, or what Zuckerberg called the supreme court that is assembled to make these decisions should never be more powerful than your government.

“And in this case, we find that Facebook in so many ways has become more powerful than your government and the people that you elect to represent you to make decisions based on policy. So that’s what’s concerning about an oversight board, again, Zuckerberg called it a supreme court that’s made up of many people who are — the majority of those on this board are not from the United States of America. So you have — you have an American company on American soil who has a board made up of people who are not Americans deciding whether or not one of the most important voices of our time, whether you like him or not, an American president, can post on their platform. That’s a dangerous paradigm moving forward. Something that as policymakers, as a congressman we should do something to look into, and take away immunities and protections like Section 230 that allowed these companies to grow so big to begin with.” 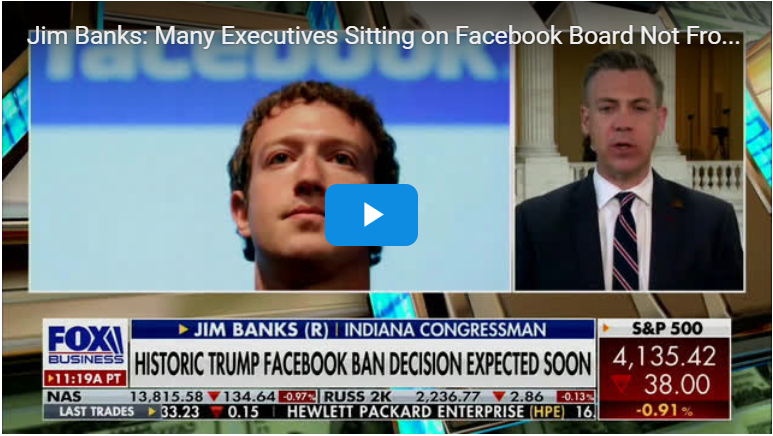