A Proposal for Mike Lindell (How Can We Help Him?) 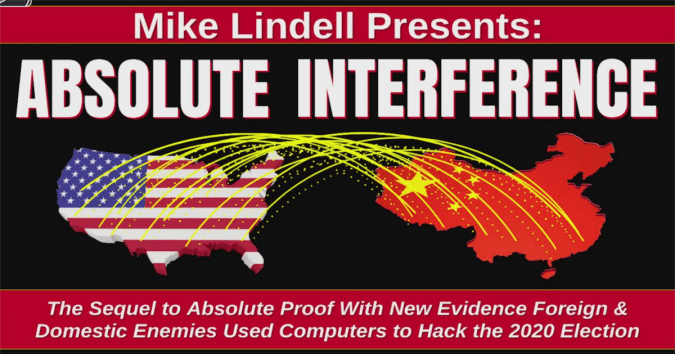 A Proposal for Mike Lindell (How Can We Help Him?)

Here’s my strategy on the Cold War: we win, they lose. – Ronald Reagan

PREMISE: In November 2020 there was a coup d’etat committed against the United States of America (using “color revolution” techniques).  This installed the CCP-puppet Biden-Harris Junta into power, and caused the duly-elected President to reside in exile in Florida.  It is intolerable that the Junta be allowed to remain in place.

FURTHER: The speed with which the Marxist “Democratic Socialists” are “fundamentally transforming” this nation reveals their intent to cement their revolution in place, make in irreversible, so that the 2022 and 2024 elections (even if “free and fair”) will be too late.

SOLUTION:  Repeal the steal.  Undo the Coup. Our Constitutional Republic must be restored to power, and with it, the duly-reelected President, Donald J. Trump.  We win, they lose.

For this to happen, a critical mass of the American public must be made aware of the truth regarding the electoral crime committed against us all; only then will the pressure to remove the foreign agents from the White House become overwhelming.

The bad guys are aware of this: that is why since last November the blue-pill media (a/k/a “mainstream media”), and politicians who are accessories to the crime have been suppressing any discussion regarding the stolen election.  Instead, they’ve been peddling the “BIG LIE” that this was a “free and fair election.”

Meanwhile, Mike Lindell has been stalwart in uncovering evidence surrounding the coup d’etat; he is a patriotic and righteous warrior, ably battling the Satanic evil of Marxism.

His third documentary – Absolute Interference – is now out, and available for viewing, FREE.  It conclusively proves that the election was stolen, by the Chinese Communist Party (enemies foreign) with the assistance of enemies domestic.

The blue-pill media will continue to ignore Mike Lindell’s information, or to dismiss it (not through facts, but through mischaracterization about it).

Once one embraces the truth that the election was stolen, how can one play along with the CCP-enabling kabuki theater that there is a “Biden administration,” and that its actions (executive and otherwise) are Constitutional or legal?  To play along with that BIG LIE is to become an accessory to the coup that seized control of our Divinely-inspired country.

The very existence of our country is at stake – so how do we average citizens ensure that Mike Lindell’s efforts are not in vain?  Here are some ideas:

After the first documentary Absolute Proof was released, DVD’s were made available at nominal cost.  How about if Mike makes Absolute Interference available on DVD, and we average citizens begin a campaign to send copies of Absolute Interference – by certified mail – to our Congressional delegation.  And to news outlets that have been complicit (such as Fox News)?  And then post images of the certified mail delivery confirmations on social media?

How about if a note containing the following was included with the DVD’s:

WE KNOW THAT THE ELECTION WAS STOLEN, AND THAT BIDEN-HARRIS ARE NOT LEGITIMATELY IN OFFICE

WE KNOW THAT YOU KNOW

WE KNOW THAT YOU WILL EITHER COME CLEAN AND DO THE RIGHT THING TO REVEAL AND RESTORE THE ACTUAL 2020 ELECTION RESULTS, OR THAT YOU WILL BE RESPONSIBLE FOR WHATEVER FOLLOWS IF YOU DO NOT

The Democrats (and their CCP puppet-masters) used mail-in ballots as mail-in fraud bombs; lets counter them with mail-in truth bombs!

In the face of this, for how long could they pretend that it’s all over, that Americans have “moved on,” and maintain the BIG LIE that this was a “free and fair election?”

Would not our fellow citizens, hearing the buzz about this, become curious and watch Absolute Interference?  How will they feel when they realize that they’ve been lied to, and that there’s a dangerous CCP-puppet occupying the Oval Office?  Will they not start to become engaged, and demand restoration of the genuine election results?

We still have a chance of undoing the coup, and restoring our Constitutional Republic without firing a shot.  Let’s take it!

I am the author of the book Communiqués From the Vast Right-Wing Conspiracy – available on Kindle (only $2.99) and in paperback (only $12.99). Please consider enjoying my work by purchasing and reading.  Thank you.