If lockdowns are needed, why did more people die in U.S. states which locked down than those which did not? 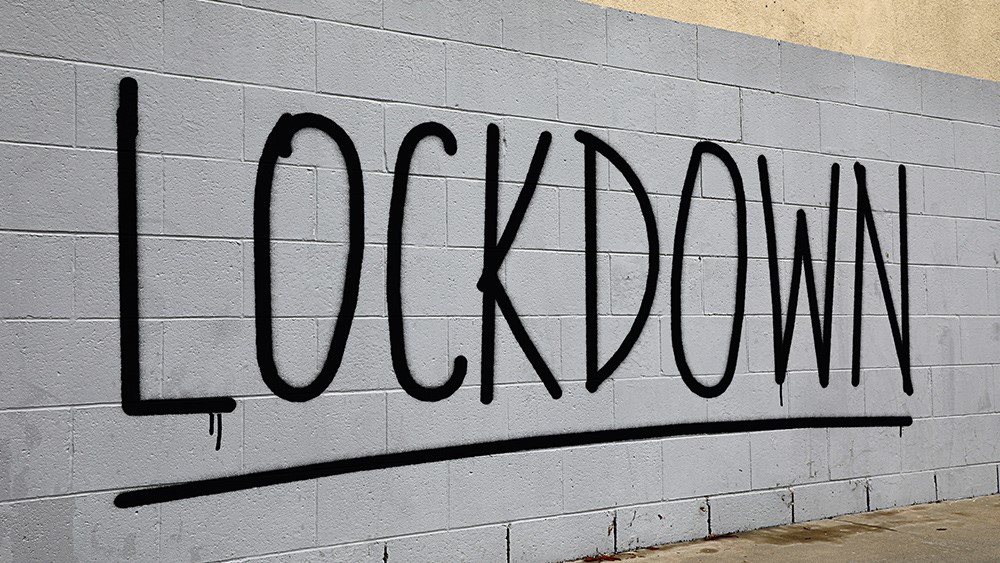 If lockdowns are needed, why did more people die in U.S. states which locked down than those which did not?

One of the great things about America is that it has 50 states that can set their own policy across a broad range of areas, including on public health and lockdowns. This has allowed some to resist the stampede to impose swingeing restrictions on normal life in the hope of limiting transmission of SARS-CoV-2, and this provides us with a valuable control group in the great lockdown experiment that can give us an idea what might have happened if we hadn’t made some intervention or other.

During the autumn and winter, a new surge in Covid infections prompted most US states, like most Western countries, to re-impose restrictions. But a few resisted. Eleven states did not impose a stay-at-home order and left people at liberty to leave their homes whenever they wished. Of these, four – Florida, Georgia, South Carolina and South Dakota – did not impose any restrictions at all and treated it pretty much like any other winter. 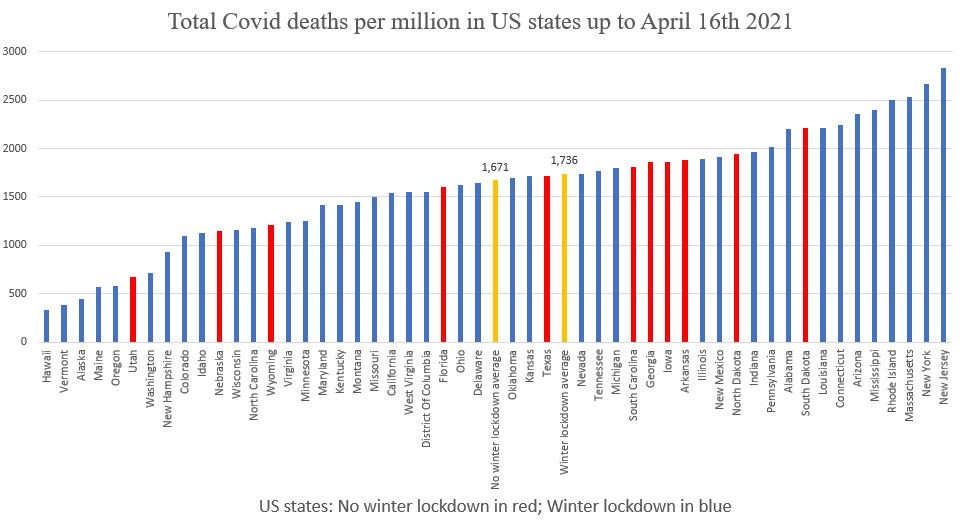 Although there are various differences between states that might have affected Covid outcomes, because they all form part of one country there are enough similarities to make comparisons useful. In particular, if lockdowns are effective and necessary to prevent hundreds of thousands of extra deaths (or the equivalent for the size of the population), then those states which didn’t lock down should have a far worse death toll. If the death tolls are not much worse, but about the same (or better), then lockdowns cannot be having a large impact on preventing Covid deaths.

In the chart above I have used data from Worldometer to plot the current total Covid deaths per million for each state. I have colored the 11 states which did not lock down (i.e., impose a stay-at-home order) this winter in red. I have also calculated the average for the two groups of states, those which did not lock down over the winter and those which did, and colored them in yellow.

As you can see, states which did not lock down over the winter, far from having many times more Covid deaths, have actually had fewer – 1,671 vs 1,736 deaths per million. There may be demographic or other reasons that some states have a higher or lower number of deaths than others so we shouldn’t read too much into the precise differences. But even so, if lockdowns are supposed to suppress the virus to low levels and thus prevent ‘hundreds of thousands’ of deaths (or the population equivalent), then how is this possible? The only conclusion is that lockdowns do not work as intended and do not suppress the virus.

This conclusion is reinforced by looking at the death tolls in the four states which imposed no restrictions at all over the winter, the average of which is 1,716 deaths per million, which is still below that of those which imposed lockdowns (1,736). Florida reopened in the autumn, Georgia and South Carolina in the spring of 2020, and South Dakota never closed. Yet overall they have suffered fewer Covid deaths per million than the states which imposed stay-at-home lockdowns this winter.

Those academic teams which produce models predicting doom for places which don’t impose the measures they recommend should be challenged to apply their models to these states and hindcast the last winter. Any model which cannot accurately reproduce the known outcomes for these states should be calibrated until it can. Otherwise, if it can’t get the answer right for the past, why should we trust it for the future?

Read more at: LockdownSceptics.org and Pandemic.news.