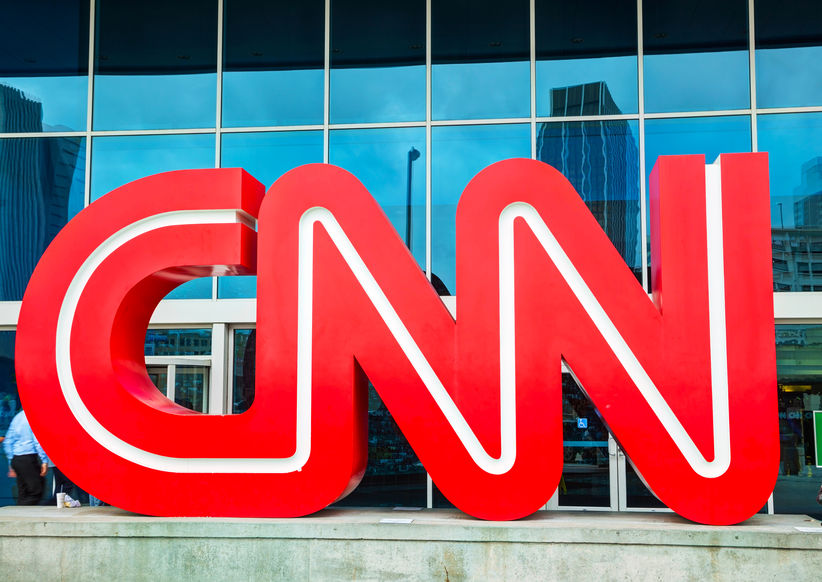 The Cable News Network (CNN) is a shell of its former self to the point where no objective person can view it any longer as a “news” operation.

This episode reveals much about the modern state of what remains of journalism, and why so many politicians pervasively lie with abandon, especially about climate change.

A CNN technical director named Charlie Chester was secretly videoed by Project Veritas during which he mentioned the network would continue to report “climate change” as a way to instill societal fear and control the way it has during the Covid-19 pandemic.

“Climate change is going to be the next COVID thing for CNN,” Mr. Chester said on video. It is a “pandemic-like story that we’ll beat to death, but that one’s got longevity. You know what I mean? Like, there’s a definitive ending to the pandemic. It’ll taper off to a point that it’s not a problem anymore. Climate change can take years, so they’ll [CNN] probably be able to milk that quite a bit.”

When Mr. Chester was asked during the conversation whether CNN would use fear to push its climate agenda, he responded, “Yeah, fear sells.”

Mr. Chester told us how: “I have a feeling that it’s going to be like, constantly showing videos of decline in ice, and weather warming up, and like the effects it’s having on the economy.”

Oh for the long ago days when most national news media was merely biased while they maintained some journalistic integrity. Rather, media today commonly spread propaganda or, as insidious, ignore stories and viewpoints that challenge not just their worldview, but also their political agenda.

Many reporters and editors have become political activists and stenographers for politicians.  Such people who masquerade as journalists heavily populate CNN, NBC, ABC, CBS, Time magazine, New York Times, and the Washington Post. They spread slanted and embellished stories dressed up as “news,” and omit facts and realities that challenge or contradict their narratives.

Yet, it does not always require an undercover operation like Project Veritas to reveal today’s untrustworthy media. Prominent so-called journalists have told us directly.

Lester Holt, long-time newsreader for NBC, recently said, “fairness is overrated,” and that it is not necessary to “always give two sides equal weight and merit.” Fittingly, Mr. Holt said this upon accepting the Edward R. Murrow Award for Lifetime Achievement in Journalism. Dishonesty and slant are no longer ironies in today’s news industry.

Chuck Todd, a former congressional staffer, continues that role at NBC by refusing airtime to anyone who challenges the Al Gore/Greta/AOC/Bernie mantra on climate change, regardless of his or her scientific credentials. George Stephanopoulos of ABC News, another former congressional aide who also worked for President Clinton, refused to challenge President Biden in a recent patty-cake interview.

For the last dozen years, spanning three presidential administrations, the percentage of Americans who trust the federal government ranged between 15 to 30 percent, according to Pew Research. Trust in Congress and the media, fares worse, at 10 and 14 percent, respectively, according to a recent survey.

It’s no surprise that surveys find politicians to be liars. But politicians will continue to prevaricate as long as the media enables them. Even so-called “fact-checkers” in the media are often tainted with ideology and agendas. If media outlets like CNN were more honest and even-handed, politicians would have a much harder time being dishonest. Indeed, politicians lie because they have little fear of being exposed to most of the public. It continues to be a means to an end.

Climate change is a major example of many political deceptions we could site. President Joe Biden and Vice President Kamala Harris continuously peddle falsehoods about the climate, including fatuous predictions about Earth’s demise. Has a single “journalist” ever challenged either for the sake of veracity and accountability?

During the presidential debates last fall, Chris Wallace, a “journalist” from Fox News, refused to challenge then-candidate Biden’s climate assertions because he agreed with him. Instead, he tag-teamed with Biden by debating President Trump’s climate skepticism. Reporters should challenge both sides of the climate issue, but almost none do. As a result, politicians like Biden-Harris can attempt to “transform” our economy, destroy jobs and industries, and reduce our lifestyles under the fiction of an overheating planet, without having to justify it beyond vacuous sound bites.

The exposure of CNN by Project Veritas reminds that most of the national media and political class are two sides of the same counterfeit coin when it comes to climate change and much else. This portends an ominous outcome for America if allowed to continue unchecked.