I have received many communications from constituents this session asking me to hold the line on taxes. It’s certainly a hot topic in Olympia and one worth talking about. With state collections back to pre-COVID numbers, and with billions in federal dollars coming to the state, the case to raise taxes seems weak. I have been working with my legislative colleagues on both sides of the aisle to keep our focus on funding our priorities within existing revenues. I believe the state must live within its means, just like our families and individuals have to.

Years ago when I started working as the Chief Deputy Spokane County Treasurer, I noticed homeowners who found themselves in financial troubles faced egregious penalties and interest on unpaid property taxes. These fees even surpassed rates charged by credit cards. After trying in past sessions, my bill to protect property tax payers from foreclosure due to unnecessary fees and exorbitant interest rates passed the Senate last week. House Bill 1410 is something I’ve worked on for several years to perfect. It reduces the delinquent property tax rate from 12% to 9% and eliminates late payment fees. Because it was amended in the Senate, the House has to “concur” (approve) in the changes made. I’m hoping that happens later this week or next. You can read more about this bill here.

In my full-time role as Chief Deputy Treasurer for Spokane County, I work within tight budgets and have to keep an eye on spending. I have serious concerns that state spending is increasing at an unsustainable rate. We can talk about our priorities, debate different proposals, and agree to disagree about many things. But take a look at the graph below. It shows state spending over the last decade and includes a forward look based on the budgets being proposed in Olympia right now. With less than two weeks left to the regular session, I’m hoping we can reduce the final budget number to a more sustainable number.

As I’m sure you’ve heard by now, Gov. Inslee has rolled back three counties to Phase 2: Pierce, Cowlitz, and Whitman. I continue to have concerns that one person is controlling the lives, health, mental health, hopes and dreams, businesses, ability to earn a living, etc. of so many citizens. Each of these counties is in a unique situation. It has been reported that Pierce County has not been given their full allotment of vaccinations for those who want one. In Whitman County, it’s largely WSU in Pullman that is driving the negative metrics.

The point is, with much of the population being vaccinated, and hospitals not being overwhelmed with dire cases, a roadmap to reopening successfully should be available to all. You can read a statement by House and Senate Republican leaders on the governor’s rollback here.

I continue to believe that it’s time for the governor to include the Legislative branch in the decisions being made that impact millions of citizens. We are in session. We are available. We are RIGHT HERE, to help debate these issues, take input from each of our communities and citizens, and lend our weight behind decisions being made. Going it alone – just because you can – is not in line with our form of governing, no matter which political party you belong to.

In a recent editorial by The Columbian out of Vancouver, the writer makes some very solid points:

“But the thought of giving a governor indefinite emergency powers is disturbing, and it belies the notion of representative government. The public – through their elected legislators – should have a say in the state’s continuing response to the pandemic. It also should have a say in any future emergencies, once the initial shock has subsided.”

There were several gun bills introduced this year in Olympia. Legislation to ban high capacity magazines and the nation’s most popular sporting rifle failed to pass the Legislature. One bill that did pass was Senate Bill 5038, which bans the “open carry” of a firearm on the state Capitol Campus or within 250 feet of a permitted demonstration. We are a very divided country and state right now. With emotions running hot, it’s interesting that there was not more effort to curb the violence seen at rallies in Olympia, Seattle, and Portland where bike chains, batons and baseball bats are common weapons.

Amazon just announced a new delivery station in Airway Heights. This will bring hundreds of career jobs to our region at a time when the pandemic has impacted many families. As I said in a recent statement:

“Everyone in our region deserves a job if they want one.  I’m grateful we’re seeing more expansion in the West Plains area.  Another Amazon facility in Airway Heights will lead to further career opportunities for hundreds of citizens, give our local economy a boost, and serves as an example of what our area has to offer employers of all sizes.”

How much will you pay for a gallon of gas?

Details of the final transportation package, including a potential gas tax increase of $.09 cents or more, continue to be hashed out. What we do for certain is this: we are all going to pay more at the pump.

With both the House (I voted “no”) and Senate passing Gov. Jay Inslee’s “Low Carbon Fuel Standard” (LCFS) bill, House Bill 1091, we will see an increase in the cost of fuel. To comply with the LCFS mandate, low carbon liquid fuels like ethanol, biodiesel, or renewable diesel must be blended in with traditional gasoline. Fuel producers and other regulated entities under the bill that cannot meet these requirements would have to purchase “credits” from businesses that supply low carbon fuels or use credits that have been banked in previous compliance years.

When California tried this scheme, it raised the cost of gas by $0.19 cents per gallon, with an estimated increase of $0.46 cents by 2030.

In addition to the potential gas tax increase and the passing of the LCFS, we also have to consider the Cap and Trade plan being pushed by the majority party, Senate Bill 5126. Voters have rejected carbon-pricing schemes in the past (I-732 failed 59%-41% in 2016; I-1631 failed 57%-43% in 2018), yet there are some who seem intent on ignoring the will of the people.

The cap and trade proposal directs the Department of Ecology to implement a cap on greenhouse gas emissions from certain entities and a program to track, verify, and enforce compliance. Carbon credits would be traded, creating a new, potentially unstable and manipulative market. Keep in mind, Washington state emits less than three-tenths of one percent of global greenhouse gas emissions. If we eliminated every car, truck, train, plane, boat, and person in the state, the impacts to global greenhouse gas emissions would be less than three-tenths of one percent! This cap and trade scheme will do very little, yet cost our citizens and industries a lot. 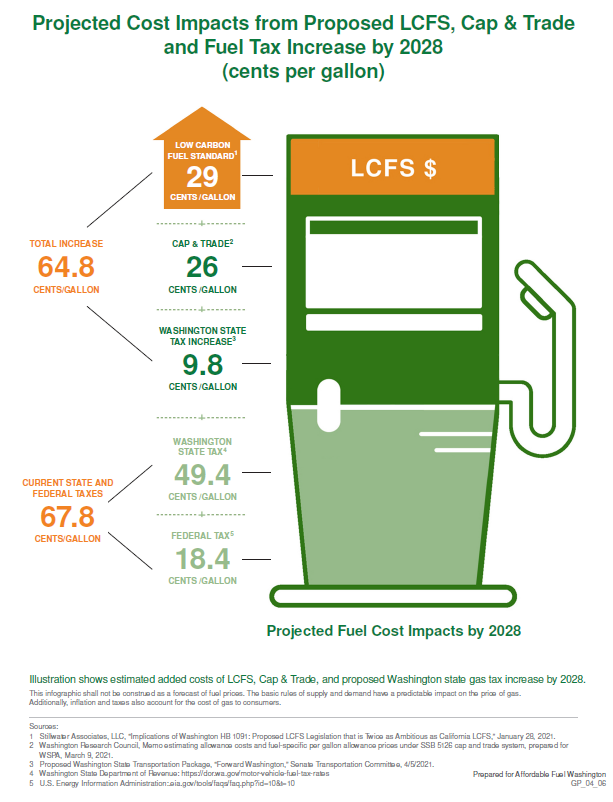 I know this has been a difficult time for many of you, especially small business owners and those trying to work through the Employment Security Department (ESD) to get unemployment benefits or to work through identity theft issues. As it turns out, ESD problems with foreign cybercriminals (Nigerian scam alert!) and others may be much bigger than previously thought. The state Auditor’s Office says it could be as high as $1.1 billion! No wonder the previous head of ESD tried to stymie the auditor. You can read the auditor’s report for yourself, here. Or read a recent Seattle Times article on this issue here. 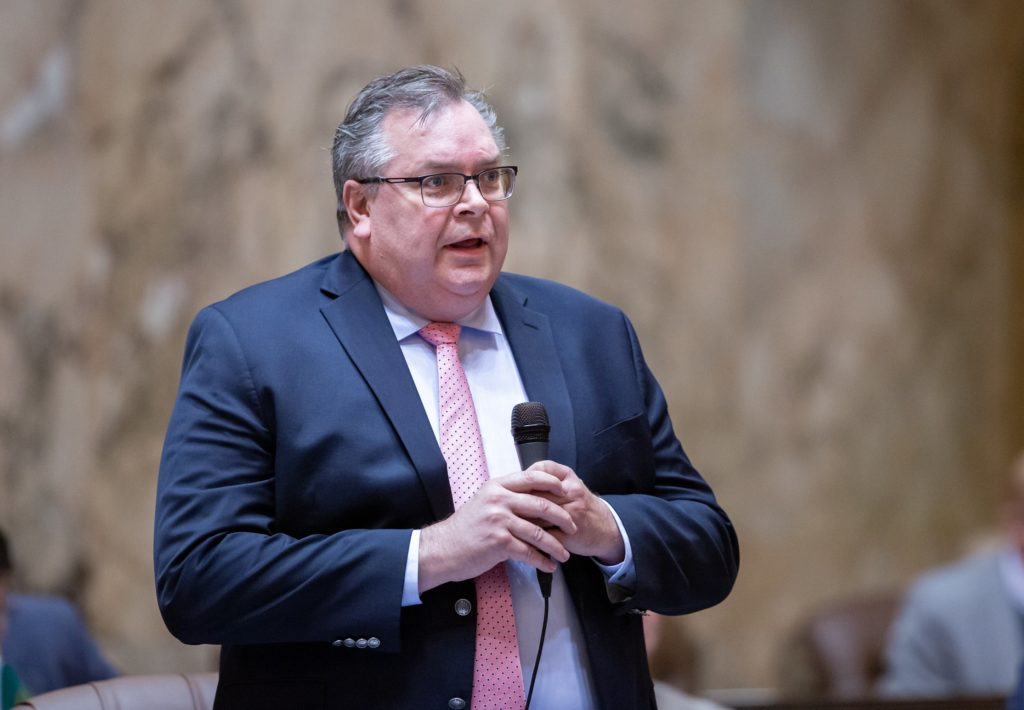 The Washington State House of Representatives convenes for floor debate on April 17th, 2019.

Please continue to contact me with your questions, concerns or opinions on state issues. My office is here to serve you. Please stay safe and healthy.