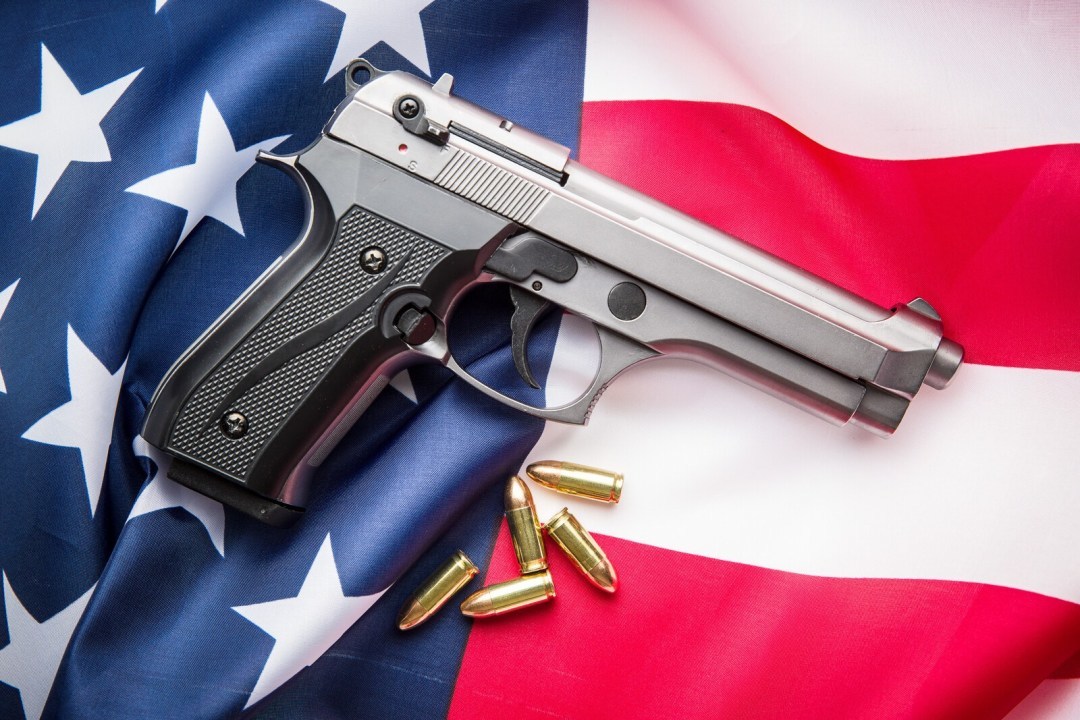 On April 14 Senator Lakey introduced S1205, the Idaho Firearm and Firearm Accessories and Components Protection Act. In response to President Biden’s proposed executive action, this bill reaffirms the Idaho Senate’s commitment to protecting Idahoan’s constitutionally protected right to keep and bear arms. The bill prevents any allocation of funds, personnel, or resources by an Idaho government agency or political subdivision to support unconstitutional actions by the federal government.

The bill was introduced in the Senate State Affairs Committee by Senator Todd Lakey (R-Nampa) and has been referred to the Senate Judiciary and Rules Committee. Senator Lakey stated that “given the President’s Executive Orders, we have been working to tighten and strengthen the constitutional rights of Idaho citizens concerning their 2nd Amendment rights. The Idaho Firearm and Firearm Accessories and Components Protection Act will afford Idaho citizens the greatest possible protection of the rights afforded by the U.S. and Idaho Constitutions concerning the protection of the 2nd Amendment.” Lakey added, “This bill will keep Idaho as one of the two top gun-friendly states in the nation.” The bill has been reviewed by numerous sources and aligns with our Constitution and all Idaho gun statutes to provide the greatest protection of 2nd Amendment rights.

Idaho has a time-honored history of protecting Second Amendment freedoms and rights and refuses to help the federal government take those rights and freedoms away from Idaho citizens. To protect Idaho citizens from unconstitutional actions, the Idaho Senate Leadership team has worked closely with the Idaho Attorney General’s office to craft legislation that is constitutional and will withstand challenges in court. The bill is currently co-sponsored by every Republican Senator. 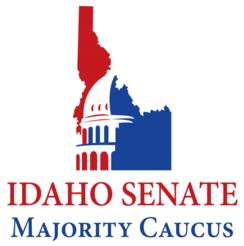 After an 18 day recess in March to allow staff and members of the House to recover from COVID-19, the Senate has held both morning and afternoon sessions and worked late into the evening to address remaining issues quickly. The Senate has considered and passed numerous bills since April 6 and has completed all but a few items that await action in the House. To give the House additional time, the Senate will recess until Monday, April 19, when they expect to address the remaining items and complete the people’s business. This interval also allows the Governor time to consider and respond to recent legislation and take a measured approach to next steps.

The Senate has addressed nearly all remaining bills in the Senate except for much-needed transportation infrastructure and tax relief bills. While important issues require careful consideration, this session has moved at an uncharacteristically slow pace. The Senate is unable to move forward until the House clears key appropriations bills. Both bodies will be present starting Monday, April 19. 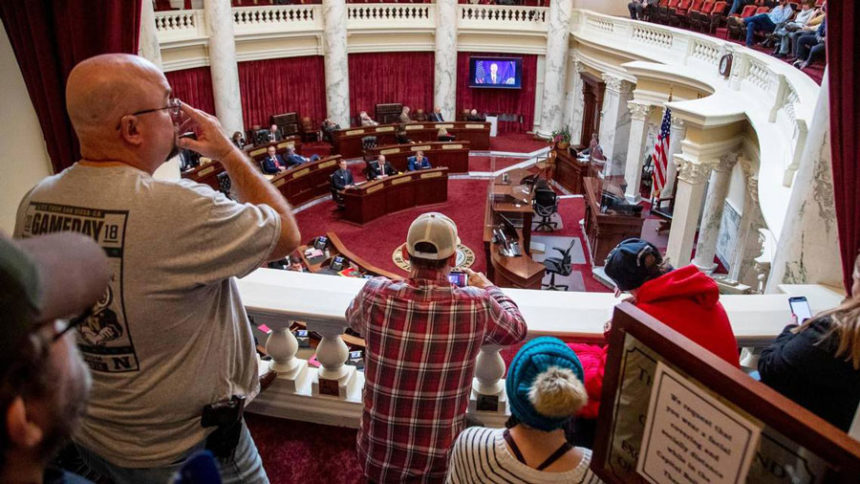 Senators voted last week to advance two pieces of legislation concerning emergency declarations and the Governor’s authority during states of peril. Both bills seek to restore the balance of power between the Executive and Legislative branches of government and protect Idahoan’s rights to work, pray, and keep and bear arms. S1136a limits the length of time that the Governor may maintain an emergency declaration without approval from the Legislature, while H135a requires that such declarations not go over sixty days unless extended under certain circumstances. Both bills recognize that all work is essential and protect Idahoans’ right to provide for their families. The rights to peaceably assemble, worship, and keep and bear arms as guaranteed by both the U.S. and Idaho Constitutions are also protected. This legislation also prohibits the Governor from altering or suspending provisions of Idaho Code.

The Senate passed S1136a along party lines, 28-7-0, and the House passed it 54-16-0. It was delivered to the Governor on April 12. H135a passed the House for the first time with a vote of 49-20-1 and the Senate with amendment with a vote of 25-10-0. The amended bill was returned to the House for its consideration, where it is now scheduled for its Second Reading.

Idaho foster care reforms are now on their way to the Governor through House Bill 336. The legislation allows children who age out of foster care at 18 to choose to remain in care until 21 years old if they are enrolled in a continuing education program. H336 additionally puts new procedures and timelines in place, such as requiring the Idaho Department of Health and Welfare to file a written notice within seven days when a foster child is placed in a residential treatment center due to emotional or behavioral issues. It also requires the Department to monitor and follow up with these cases in a timely manner.

The Senate passed the bill with unanimous support on April 13th. Senate Assistant Majority Leader Abby Lee sponsored the bill in the Senate and worked with a variety of stakeholders to ensure its passage. After having previously passed the House unanimously on March 17th, H336 now awaits the Governor’s consideration.

Senate Bill 1089a was signed into law by the Governor on April 14th after passing both the Senate and House with unanimous support. This bill removes spousal exceptions to Idaho’s definition of rape. Idaho Code had previously exempted citizens from being charged with rape against their spouse except in specific circumstances, but S1089 repeals that section. The bill also modifies Idaho Code to reform statutory rape definitions. Those legally married to persons aged 16 and 17 cannot be charged with statutory rape as a result of these changes.

The Legislature passed a bill Tuesday, April 13 that aims to increase parents’ knowledge of vaccine exemption rights for their children. Idaho Code states that preschool through grade twelve students may be exempt from school-mandated vaccinations if the health of the child would be endangered by vaccinations or if the family objects on religious or other grounds. House Bill 298 compels school officials to make these possible exemption rights known to parents or guardians through verbal description whenever a communication on vaccines is issued. The bill passed the Senate with a vote of 30-5-0 and is now on its way to the Governor.

S1006: This legislation would further Idaho’s interest and goal of having every student reading at grade level by the end of grade 3 by aligning administrative rules and laws with the Education Task Force recommendations.The bill passed the Senate with a vote of 35-0-0 and was introduced to the House. It was referred to the House Education Committee and passed out of Committee with a Do Pass recommendation. It is scheduled for its Third Reading in the House.

S1009: This bill designates the State Fire Marshal and State Fire Marshal deputies as firefighters under the Public Employee Retirement System and provides them with certain workers compensation benefits that are available to first responders. The bill passed the Senate and the House and was signed by the Governor on March 18. It will become effective July 1, 2021.

S1017: This bill revises definitions involving uniform controlled substances to make technical corrections in order to include synthetic drugs. It also provides corrected terminology and provisions for controlled substances. It clarifies the definitions and identifies the differences of marijuana and CBD that are approved by the United States Food and Drug Administration (FDA). The bill passed the Senate and the House and was signed by the Governor. It will become effective July 1, 2021.

S1027: This legislation compensates wrongfully convicted and imprisoned individuals with $62,000 for each year of incarceration, or $75,000 per year if incarcerated on death row. Individuals wrongfully placed on the sex offender registry shall receive an additional $25,000 for each year they were on the registry. Exonerees have two years from the date they are formally exonerated by a court to file a claim. The bill passed the Senate and the House and was signed by the Governor on March 5. It became effective the same day.

S1039aaH: This bill would allow school districts to award a Workplace Readiness Diploma to graduates who have completed career technical education programs. Graduates awarded a diploma are then able to demonstrate skills and competencies to future employers.  The bill passed the Senate with a vote of 33-0-2 and was introduced to the House. It was referred to the House Education Committee and passed out of committee with a Do Pass recommendation. From the Floor, the bill was placed on General Orders by unanimous consent.  It was amended and passed the House with a vote of 67-0-3. The amended bill was introduced to the Senate, where it is scheduled for its Third Reading.

S1110: The purpose of this legislation is to increase voter involvement and inclusivity in the voter initiative/referendum process. This will be accomplished by ensuring signatures are gathered from each of the 35 legislative districts, so every part of Idaho is included in this process. The bill passed the Senate with a vote of 26-9-0 and was introduced to the House. It passed the House with a vote of 51-18-1 on April 7 and was delivered to the Governor.

S1134: The purpose of this legislation is to amend Idaho Code 46-1005A by inserting language allowing for the recovery of federal funds after a Declaration of State Emergency has expired or was terminated. The bill passed the Senate 34-0-1 and was introduced to the House. It passed the House with a vote of 69-0-1 on April 8 and was delivered to the Governor.

S1139: This legislation clarifies the powers of the Director Health & Welfare in Idaho Code 56-1003 relating to quarantine and isolation rules during a time of emergency. It prohibits healthy people from being required to quarantine.  Additionally, it creates a way to let the courts review an order issued by the Director. The bill passed the Senate with a vote of 33-0-2 and was introduced to the House. It passed the House with a vote of 65-2-3 on April 12 and was delivered to the Governor.