WA State budget proposals are now being negotiated with the Senate to work out the differences between their version and House proposals passed.

WA State budget proposals are now being negotiated with the Senate to work out the differences between their version and House proposals passed.

The state House of Representatives spent last week working long days voting on Senate bills. Sunday was the opposite house cutoff, meaning all bills from the opposite chamber must pass or they are considered dead for the legislative session.

With less than two weeks left in the session the main focus will be on the three budgets – operating, transportation and capital. Below is a brief breakdown of the budgets passed by the House.

Keep in mind, these budget proposals are now being negotiated with the Senate to work out the differences between their version and House proposals passed.

On April 3, the House Democrats passed their 2021-23 operating budget legislation on a party-line 57-41 vote. The majority party wants to spend $58.2 billion in state funds, an increase of $6.6 billion – or 12.8% – over the current budget cycle. This level of spending is unsustainable and fiscally irresponsible. State spending has increased more than 73% since Gov. Inslee took office in 2013.

The proposal assumes revenue from a new capital gains income tax and a new surcharge on recorded documents. Finally, it would move $1.8 billion from the Budget Stabilization Account (rainy-day fund) to a new account to avoid a future supermajority vote to appropriate the funds.

Normally, it takes a two-thirds vote of the Legislature to tap the rainy-day fund. However, because unemployment growth is down, the fund can be accessed with a simple majority vote this session. This seems to violate the spirit, and possibly the law, of the voter-approved, constitutionally-protected, rainy-day fund. I would add, the majority does not even propose to spend the money. They put it in a dedicated account so they can access it later.

I would remind you the House Republicans introduced an operating budget proposal in February that does not raise taxes and funds the necessary priorities of Washington state. This was also before the strong revenue forecast announced in March. A fiscally responsible operating budget can be crafted without taxes.

Taxes still on the table

As mentioned, the House Democrat operating budget proposal assumes revenue from a capital gains income tax, Senate Bill 5096. However, we have yet to vote on the bill. It still sits in the House Finance Committee. If they are assuming this revenue in the budget I would expect us to vote and debate on it soon. I can assure you, my Republican colleagues and I will be fighting against this unnecessary, unwanted, and likely unconstitutional tax.

As a member of the House Finance Committee I would also point out the majority party passed two other bills from the committee that could lead to tax increases. House Joint Resolution 4204 would seek a constitutional amendment to add an income tax. While House Bill 1406 would create a wealth income tax that could eventually be amended to a rate impacting all citizens. I don’t expect these tax bills to be implemented this year, but it is certainly something the majority party is working on.

The House also passed a $10.9 billion biennial transportation budget. I voted “no.” We are seeing our scarce resources going to new things while our transportation infrastructure is crumbling – such as electrification of our state ferry system. That is something that can be done through market forces not government subsidies. I would add that drivers are the primary source of funding of the transportation budget but they end up supporting many other modes of transportation in this spending plan. I would like to see more equitable and sustainable transportation funding.

Republicans did introduce an amendment, which was accepted, that directs the Washington State Transportation Commission to evaluate agencies, programs and activities funded in the transportation budget that might be more equitably paid for using general fund revenue or other funding sources. This may include sales tax dollars from car sales to fund their transportation systems. Many other states do this, and this is something Republicans proposed early in the session.

The recent Senate Democrats transportation plan, Forward Washington, raises 33 taxes and fees to pay for their proposal. It includes a 9.8 cent fuel tax increase, a cap and invest package, a statewide special transportation benefit assessment on new construction, food delivery fees, and much more. There is also a “per mile funding system” that gets started for electric and hybrid vehicles. The fee will be 2 cents per mile starting June 1, 2026 and increase to 2.5 cents per mile July 1, 2029. This may be the foot in the door to a Road Usage Charge or pay-per-mile plan.

The legislation related to this proposal is below:

It is important to note the package is linked with the two climate-change bills wanted by Gov. Jay Inslee. The low carbon fuel standard, House Bill 1091, and the Democrat’s cap and trade program, Senate Bill 5126. Keep in mind voters have rejected carbon-pricing schemes in the past (I-732 failed 59%-41% in 2016; I-1631 failed 57%-43% in 2018). Despite these results, the governor and the majority party continue to try and push this through.

There are estimates that if all three proposals pass gas prices could increase up to 64 cents a gallon by 2028. That is on top of the 67 cents a gallon in fuel taxes we already pay. It is difficult to predict what may happen. This article provides an overview of the moving pieces. Stay tuned… 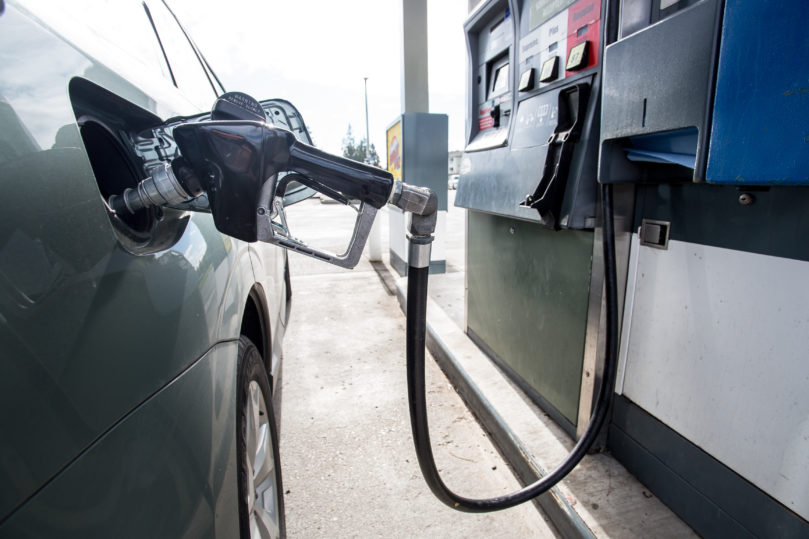 The House unanimously passed the capital budget, House Bill 1080. It contains brick and mortar type projects for our K-12 schools, colleges, local governments and community projects where funding may be difficult to come by. It also focuses on stewardship projects protecting our farmlands, waterways and environment.

Some noteworthy projects included in the plan for the 4th District include:

Recently, the majority party in the House passed Senate Bill 5038, which would ban the open carry of firearms within 250 foot of permitted events, including the state Capitol.

I opposed this legislation as it violates the Second Amendment. Republicans offered 16 amendments to clear up the ambiguity of the bill, uphold constitutional rights, and try to improve the legislation. Unfortunately, only a few were adopted and the bill passed 57-40 on party lines.

I believe this bill is unconstitutional and will face legal challenges. However, it is disappointing that the measure was even brought up for debate. The Legislature has a responsibility to protect our state and federal constitutions – not pass legislation that is constitutionally flawed.

The bill is back in the Senate because it was amended. We must now wait to find out if the Senate concurs with the House amendments.

Despite less than two weeks left in the session, House Republicans continue to push for emergency powers reform. Our latest proposal, House Bill 1557, has bipartisan support. Unfortunately there are not enough Democrats willing to challenge the governor and restore a separation of powers. We are still pushing, as we cannot end the session with the one-person rule throughout the interim again. This is not how our state government was intended to work.

As we head down the final stretch of the 2021 legislative session, I still want to hear from you. Your input is important to me. Please let me know if you have any questions, concerns or comments.