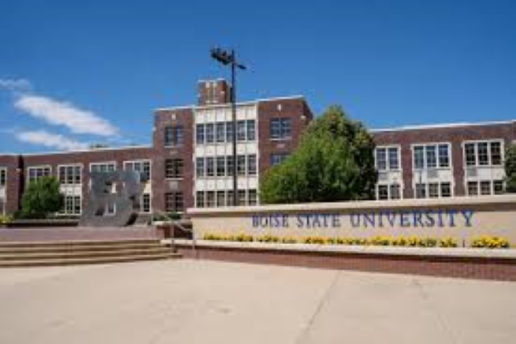 Boise State has faced months of scrutiny from the Legislature for social justice indoctrination on campus. In a historic vote Legislators even killed the university budget, Senate Bill 1179,  by a margin of 57-13, calling for greater funding reductions. Activist faculty members who believe they can get away with anything have learned nothing from this experience and pushed the social justice agenda even further.

The course titled Racism and Anti-Racism (SOC 105), has the following description (emphases added):

“An introduction to the study of antiracism, based on efforts and actions to oppose and dismantle systemic racism and other forms of oppression. This course examines the social construction of race, the legacy of colonialism in racist hierarchies and ideologies, the origins and consequences of white privilege, critical race theory and intersectionality. The focus is upon social movements seeking racial equality and justice.”

Students will be able to use the new 100-level course to fulfill one of Boise State’s Foundations of Social Sciences general education requirements.

The introduction of critical theory into Boise State is not new. Critical Theory is the radical tool by which Social Justice scholarship and activism proceed.

So what is Critical Theory and why does Boise State want to indoctrinate students with such a malicious ideology?

Critical Theory developed from the Frankfurt School of Marxist critics, including Herbert Marcuse, Max Horkheimer, and Theodor Adorno among others, and is the parent of critical social theories including critical queer theory, critical race theory, and intersectional feminism, which have all led to our reigning social justice ideology.

The focus of Critical Theory is to examine power structures and how these power dynamics supposedly marginalize certain identity groups in society. This is how Critical Theorists set up a Marxist analysis of society made up of categories of oppressors and oppressed. The theory, as applied by social justice activists, seeks to overturn these supposed systems of oppression in a radical revolutionary process that will remake the system itself, according to its own ideological goals.

But Critical Theory is not at all the same as critical thinking.

According to theorists like Robin DiAngelo and Ozlem Sensoy, Critical Theory calls into question the very idea of whether objectivity or objective truth is desirable or even possible.

It asserts that knowledge is “socially constructed” and therefore “reflective of the values and interests of those who produce it.”

The term “critical” is drawn from Marx’s insistence that everything must be “ruthlessly” criticized and that the point of studying society is to change it. This means obtaining truth is not a central concern of Critical Theory; these theories seek to push against reality and to replace it with whatever they think ought to be.

More importantly, Critical Theory is designed to shut down disagreement. All disagreement is framed as a variation of “white fragility” or an attempt to preserve one’s white or male privilege. Therefore, anyone who disagrees with it is framed in a cynical way as if they have evil intent rather than a genuine criticism of the theory.

These theorists only accept “truths” that interpret all phenomena through the lens of power dynamics to identify supposed systemic oppression. Oppression is taken to always be present in every situation and any approach that does not reveal such oppression is ignored. This, of course, is not the same as “truth.”

In essence, Critical Theory requires individuals to develop a “critical consciousness.” That is, not to think critically, but to think only in terms of critical theories and to analyze the world solely through a critical lens.

For example, Critical Theory manifests in critical race theory by beginning with the assumptions that racism is the normal state of affairs in society. The question becomes not, “Did racism occur?” but “How did racism manifest in that situation?”

According to Critical Race Theory: An Introduction, CRT is “unlike traditional civil rights discourse” in that it “questions the very foundations of the liberal order, including equality theory, legal reasoning, Enlightenment rationalism and neutral principles of constitutional law.” Ibram X. Kendi’s concept of anti-racism applies this idea in political form by arguing racist discrimination against whites is a positive social good.

The unhealthy dose of relativism leading to a denial of objective reality, combined with a focus on Marxian power dynamics, ruthless criticism of reality and the desire to dismantle constitutional law and legal reasoning in America leads to disastrous consequences.

The core objective of Critical Theory is to dismantle American society and replace it with a Marxist hell.

This presumptive, divisive, and explicitly anti-American theory is being funded by Idahoans’ tax dollars to indoctrinate students at our largest public university.

Legislators must respond to the incredible arrogance of activists on Boise State’s campus by starving the university of funds until true education at the university is restored.

Indeed, lawmakers have a duty to direct public universities away from this divisive social justice activism and toward supporting the fundamental inalienable rights this country has always recognized and strived to extend to all citizens.

Promulgated by social justice activists, Critical Theory seeks a backwards America where racial and sex discrimination, racial scapegoating and Marxian dichotomies are the norm. These are things America has never been, has never been willing to become, and was designed to defend against.