Our ambassador to the UN trashes the USA before the world 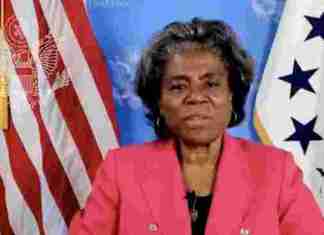 Our ambassador to the UN trashes the USA before the world

Our UN ambassador openly hates America as do so many of our current rulers. She doesn’t like whites much either.

Joe Biden’s Ambassador to the United Nations Linda Thomas-Greenfield on Wednesday trashed the United States on the world stage. She also bashed our Founding.

Thomas-Greenfield told the National Action Network that if America is going to join the U.N.’s Human Rights Council, we must acknowledge our own failures. The members of the Human Rights Council are evil abusers of their own people and she’s drawing equivalence with slavery over 150 years ago.

“We have to acknowledge that we are an imperfect union and have been since the beginning,” she said.”

She is bitter over her past experiences growing up in the segregated south. But, ironically, the south was segregated thanks to Democrats, including the segregationists who promoted Joe Biden and helped him get into the Senate.

Her great-grandmother was the child of a slave and that seems to upset her. My family fought in the Civil War and at least one died in Andersonville. They fought to end slavery.

“I’ve seen for myself how the original sin of slavery weaved white supremacy into our founding documents and principles,” she said claiming “white supremacy” led to the killing of George Floyd and Breonna Taylor, and Ahmaud Arbery.

When people like Greenfield talk about white supremacy, they mean all whites.

George Floyd and Breonna Taylor were not racist crimes.  Not sure about Arbery.

A country can’t have original sin. We are where we are now and these America haters are not making it better by trashing us before the world.

This is what we have in government — America haters. This is why people elected Donald Trump. 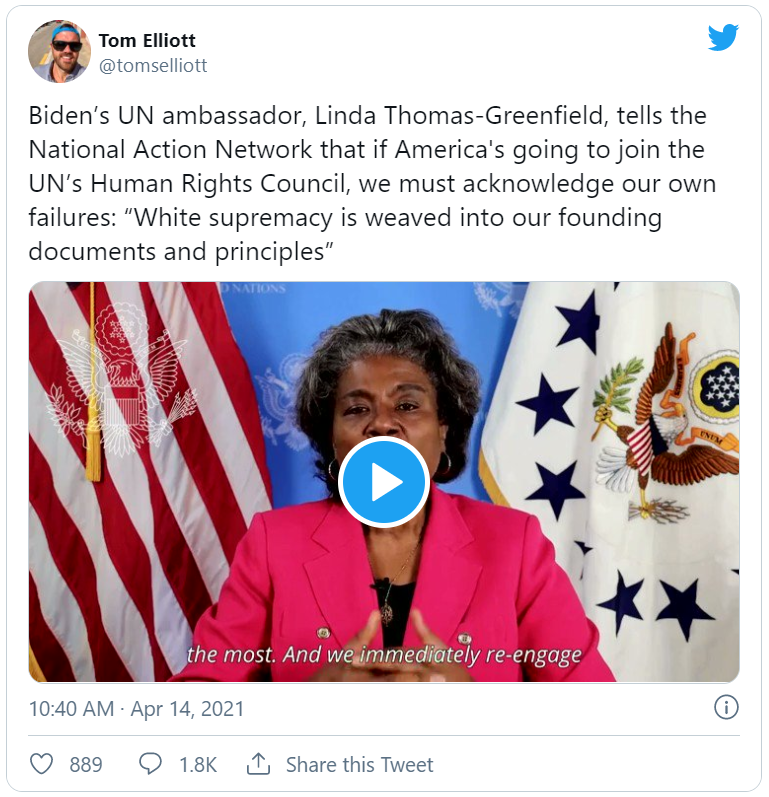