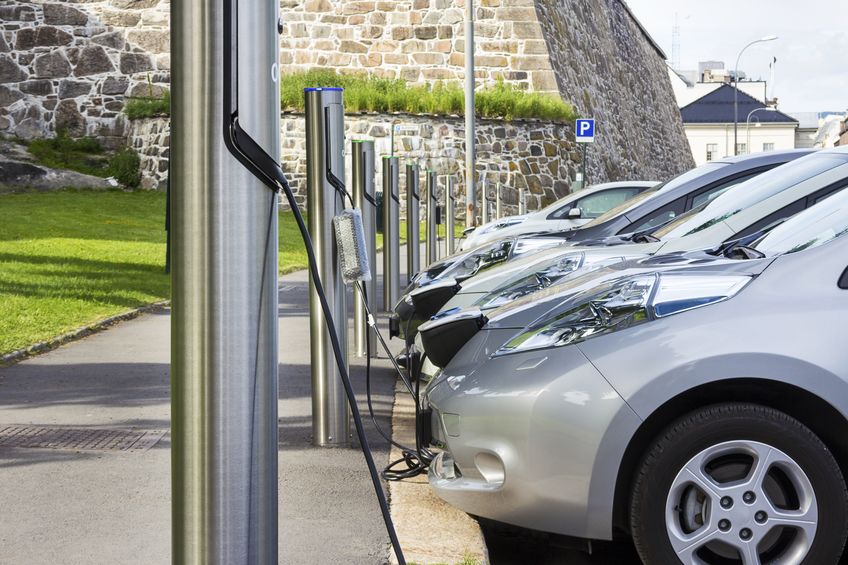 Biden wants the Federal Government to build 500,000 EV charging stations, at an estimated cost of around $178 billion. How might that work? No good way is how. This is truly a Fed funding fantasy.

The Feds build big stuff like post offices, federal buildings, military bases, flood control dams and border walls. They do not build half a million EV charging stations, competing with the private sector, but just for fun let’s consider how they might try.

The simplest way is to just do it like a post office. The government buys the land, builds the station and the operators are federal employees. We create a new agency, say the EV Charging Administration (EVCA), probably in GSA. It has a million full time employees, just like the Army. Oh wait, the Army only has 800,000.

The government buys the juice, plus snacks for the integral convenience store. No store! How do they pay for themselves? Oh they don’t, they get an annual appropriation just like the rest of the government. But the juice is still very expensive.

Maybe we don’t want that big an agency, so they do it the way the Energy Department runs the national labs. These charging stations are government owned but contractor operated. It’s called GOCO, rhymes with LOCO. In fact much of the federal government is like this. Many Feds are really branch chiefs overseeing a cadre of support contractors.

But this is still a huge, cumbersome ongoing operation with a million or so employees (just not all Feds). The obvious alternative is to let private enterprise own and run the charging stations. The federal government will just fund their construction and let it go at that.

So instead we have what, a $178 billion grant program? That is a heck of a lot of grants, so we will need a very large organization to process all the applications, pick all the winners (sorry, losers, you lose) and then administer the grants, whatever that means. There could be millions of applications, so we still need a huge EVCA.

One possibility is the utilities that sell the juice. After all, a big part of the cost, perhaps the biggest, will be paying the utilities to upgrade their distribution systems so these charging stations can work. This will be especially true in rural areas, such as along the 50,000 miles of interstate highways and hundreds of thousands of miles of other major highways.

Or how about having the gasoline companies do it? They already blanket the country with gas stations. In fact the charging stations could be at the gas stations, where cars already go. Plus this way there would be lots of competition, unlike having the monopoly electric utilities do it. Mind you giving the hated oil companies almost $200 billion in free money may be too hard for the green backers of EVs to accept.

However, some experts have opined that since charging takes a long time the stations should be at super markets, big box stores, fast food outlets and other amusements. Most of these places already have space for cars and some even have gas stations. However they have no experience pumping juice.

A fourth option is to give these many billions to the few existing companies that already build charging stations. They know how to do it. Mind you they are very small and might choke on this much money.

Which leads to a fifth possibility, namely only give these grants to teams of companies. The teaming requirement might be that they have the land, the know how and the financial strength.

Then there is the pesky question of where to put all these stations? Grants should be made so as to get the proper geographic coverage, otherwise EVs will not work. Given this vast amount of free money they might get built where there is no need, such as in useless clusters. Big financial losses to follow and EV use not supported.

Clearly Congress will have its work cut out deciding who to throw these enormously big bucks to, and how. And it will be a big job for the EVCA to throw it.

The basic point is that this is a stupid idea to begin with. If EV charging stations make money then the private sector will build them.

The Federal Government has no business in this business.