Nearly 40 Percent of Marines Declining to Get COVID-19 Vaccine: Official 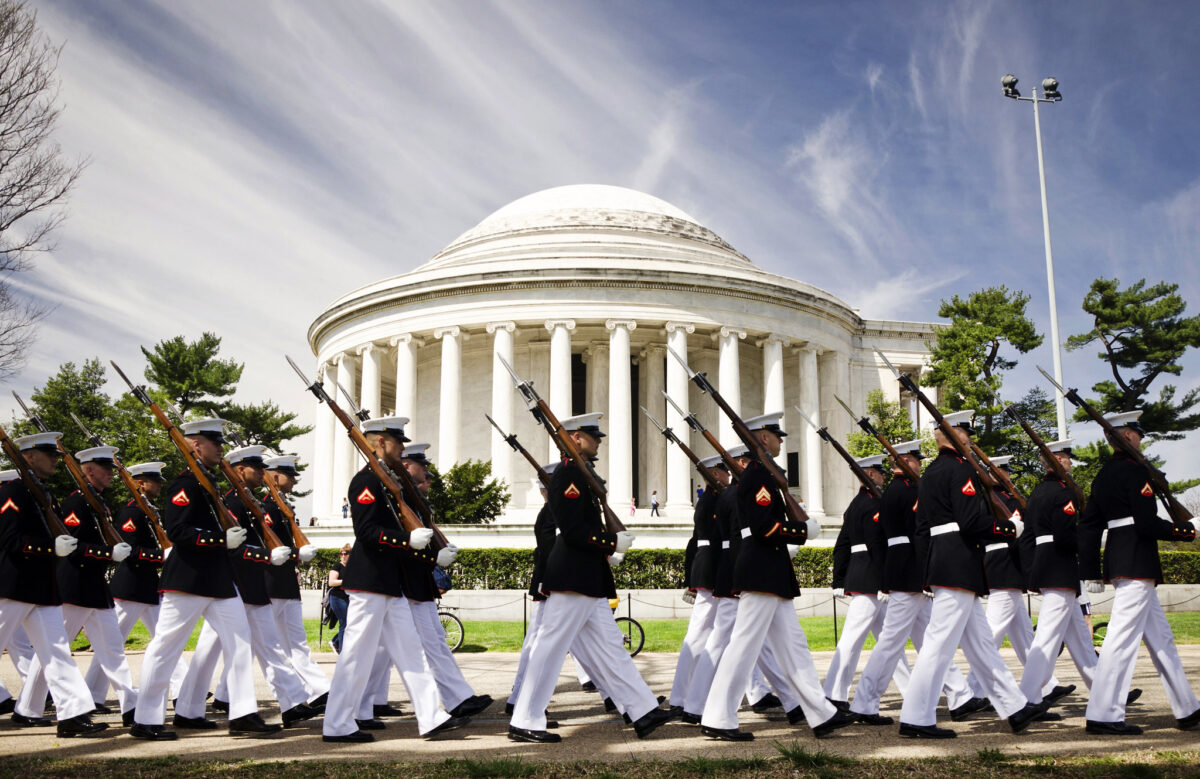 The Marine Corps Silent Drill Platoon marches in front of the Thomas Jefferson Memorial on its way to perform for the Cherry Blossom Festival in Washington April 12, 2014. (U.S. Marine Corps photo by Sgt. Bryan Nygaard/Released)

Nearly 40 Percent of Marines Declining to Get COVID-19 Vaccine: Official

About 40 percent of U.S. Marines have declined to take a COVID-19 vaccine, according to Pentagon officials.

Some 75,500 Marines are fully vaccinated or received one dose, and around 48,000 Marines have declined the shot, Communication Strategy and Operations Officer Capt. Andrew Woods told several news outlets over the weekend.

“We fully understand that widespread acceptance of the COVID-19 vaccine provides us with the best means to defeat this pandemic. The key to addressing this pandemic is building vaccine confidence,” said Woods, according to USA Today.

Marine Corps officials didn’t immediately respond to a request by The Epoch Times for comment.

“The Navy and Marine Corps are providing substantial educational information broadly, and working with commands to ensure Marines, Sailors, and beneficiaries have accurate information regarding the safety and efficacy of the vaccines to encourage individuals to get immunized,” Woods told The Hill in a statement.

Woods noted that Marines are typically healthy and young, adding that there may be a number of reasons for declining the vaccine.

“For example, an individual may have deferred until later to allow others to get the vaccine, they may have gotten the vaccine on their own and not through military channels, they could be unavailable for a second dose in the prescribed time period for the vaccines that require two doses, they could expect the vaccine to become mandatory and are waiting until then, or they may be allergic to one of the compounds in the vaccine,” Woods said.

COVID-19 is the disease caused by the CCP (Chinese Communist Party) virus.

The Department of Defense in mid-February reported that about a third of all U.S. troops had turned down the vaccine.

Maj. Gen. Jeff Taliaferro, a top official with the Joint Chiefs of Staff, said at the time that the military has a two-thirds acceptance rate for the vaccine.

“Our initial look—and this is, of course, very early data—is acceptance rates are somewhere in the two-thirds territory,” Taliaferro said in a hearing. “And of course, it varies by different groups.”

“We believe that, of course, the vaccine is the right thing to do. It’s clearly safe for service members,” Taliaferro said, noting that military officials want personnel to get the shot. “And we need to continue to educate our force and help them understand the benefits.”