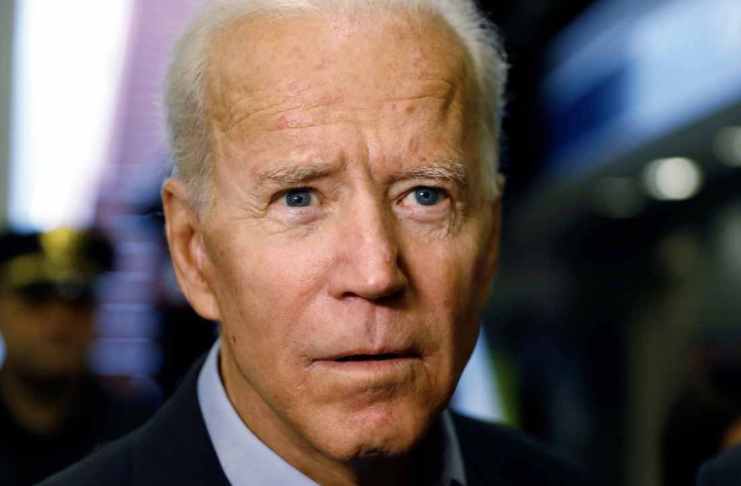 Biden’s preliminary budget request is for $1.5 trillion and a 16% domestic spending increase, mostly for far-left agenda items. A much larger budget will follow. It will include at least half of the nearly five trillion in infrastructure Democrats want.

It only represents a 1.7% increase in defense. Remarkably, Biden claims the government has been under-spending.

“Our country is confronting historic crises—the pandemic, an economic downturn, climate change, and a reckoning on racial justice,” Psaki said about the request.

Biden wants to ‘invest’ in agencies Donald Trump wanted to cut. He plans to make climate change a priority.

The Epoch Times reports this is in the budget:

Biden is calling on Congress to spend an additional $14 billion towards climate change investments, including $1.7 billion to improve the energy efficiency of homes, schools, and federal buildings. Another $2 billion is slated for putting skilled labor—like welders and electricians—to work on the construction of various clean energy projects across the nation.

His proposal also includes $600 million for electric vehicles and charging infrastructure for 18 federal agencies “to provide an immediate, clear, and stable source of demand to help accelerate American industrial capacity to produce clean vehicles and components.” It also calls for $815 million to incorporate climate impacts into pre-disaster planning and projects. An additional $1.4 billion would also be sent to the U.S. National Oceanic and Atmospheric Administration, allowing more work on climate observation and forecasting.

Biden is also calling for $1.2 billion in climate aid for poor countries by resuming spending on the United Nations Green Climate Fund, and another $485 billion on other multilateral climate initiatives.

There’s also $861 million to combat the economic deprivation in Central America to help address the “root causes of irregular migration from Central America to the United States.” It also calls for over $10 billion in humanitarian assistance “to support vulnerable people abroad, including refugees and conflict victims.”

The discretionary request also includes $8.7 billion for the Centers for Disease Control and Prevention (CDC), the agency’s biggest budget boost in nearly two decades. Another $6.5 billion is earmarked to launch the Advanced Research Projects Agency for Health (ARPA-H) project, which is meant to “support research that enhances health, lengthens life, and reduces illness and disability.” There’s also $10.7 billion to help end the opioid epidemic—$3.9 billion over the 2021 level—and $670 in HIV/AIDS treatment and prevention.

The request also contains a $36.5 billion investment in Title I grants—a $20 billion increase from the 2021 enacted level—providing historically under-resourced schools with more funding. Nearly $20 billion is set aside for expanded access to affordable early child care and learning, $15.5 billion for support for children with disabilities.

Biden is calling for $30.4 billion for housing assistance in the form of housing choice vouchers, and $500 million in homeless assistance grants to help prevent and reduce homelessness.

The proposal seeks $625 million for a new competitive grant program for passenger rail and $2.7 billion for Amtrak—a 35 percent increase—in contrast to Trump, who sought to reduce Amtrak funding.

This is garbage and a colossal waste of money to Republicans. If this isn’t a Cloward and Piven approach to crashing our capitalist system, it’s doing a great imitation.