Progressives have long advocated packing the Supreme Court, but a recent plan proposed by far-left judicial activists calls on Senate Democrats to add hundreds of new federal judges to the lower courts through the procedural tactic of reconciliation.

Reconciliation is a parliamentary procedure that allows the Senate to pass legislation affecting the budget — including taxation and spending measures — with only a simple majority and no filibuster option. 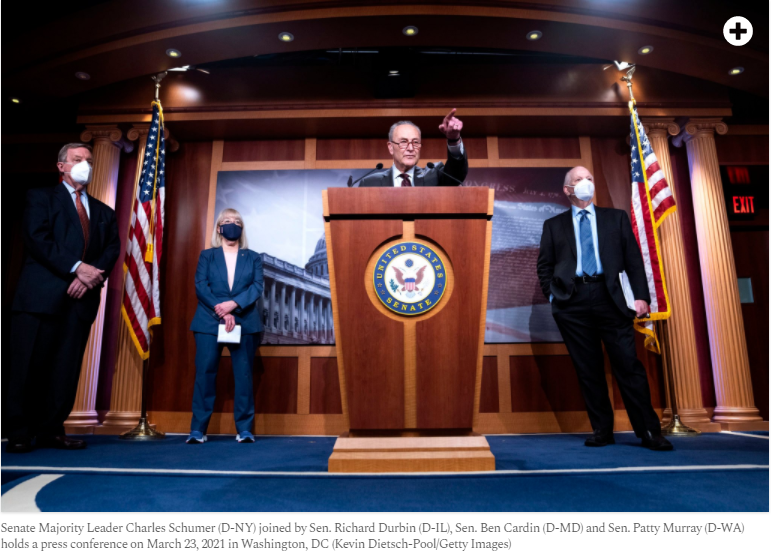 One hurdle court-packing advocates must overcome is the Byrd rule. Proposed by the late Sen. Robert Byrd in 1985, the rule was formally incorporated into the Congressional Budget Act in 1990 with the intention of preventing senators from abusing reconciliation by adding “extraneous” issues into budget-related legislation.

The Byrd rule grants the Senate parliamentarian, a strictly nonpartisan official, authority to determine whether measures in a reconciliation bill satisfy the six criteria imposed by the rule. A statutory measure expanding the federal courts would specifically have to pass the “merely incidental” standard.

The “merely incidental” standard upholds that non-budget measures can not be included in reconciliation if they do not have a direct impact on the budget, or if its impact is “merely incidental” and not an intended effect of the measure, according to a Heritage Foundation legal analysis of the Byrd rule.

Determining whether a non-budget item meets the standard is often difficult because the Byrd rule does not specify what “merely incidental” means and its interpretation has historically varied depending on the Senate parliamentarian, the Heritage Foundation noted.

The standard was notably used to strike down a proposal to repeal Obamacare’s individual mandate when Republicans considered tax reform in 2017, according to The Washington Post. The Senate parliamentarian determined that eliminating the individual mandate was “merely incidental” as it did not intentionally affect the budget.

Moyn and Belkin argued in their memo to Senate Democrats that adding 250 lower court judges satisfies the “merely incidental” standard because the proposal would cost an estimated $209 million to $382 million in mandatory government spending, based on data from the United States Courts’ congressional budget request for 2021.

It is unclear if current Senate parliamentarian Elizabeth MacDonough would support the radical proposal. She notably struck down a $15 federal minimum wage proposal from the COVID-19 relief package last month under the Byrd rule.

But she also gave Senate Democrats a major boost Monday by determining that reconciliation could be used to add spending measures — such as Biden’s infrastructure plan — to the existing 2021 budget passed in February, CBS News