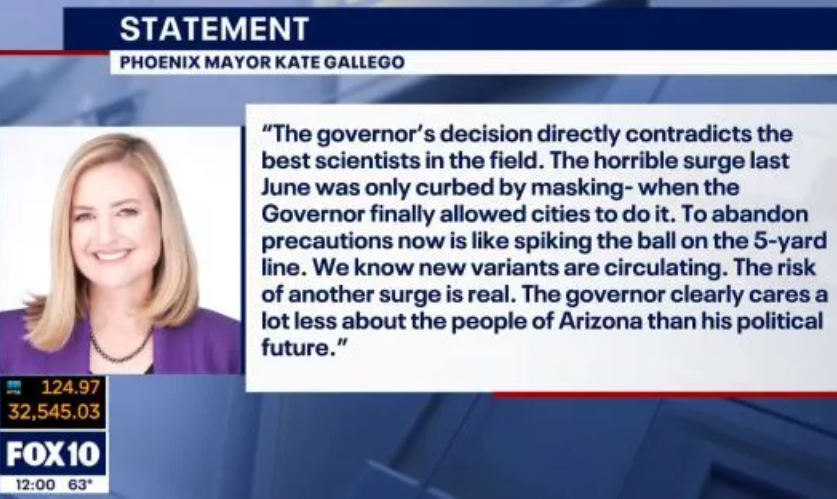 Much to the surprise of Democrats, the U.S. economy added 916,000 jobs last month and the unemployment rate fell to 6 percent.

The Leftwing Boston Globe reported “Economists have long predicted that vaccinations would jumpstart spending, and early signs are that people who are fully protected — nearly 1.5 million so far in Massachusetts — are eating out, going to salons and gyms, and returning to activities they otherwise avoided during the pandemic.”

How dumb do they think we are?

Democrats and their media allies attribute the rising employment numbers to rising vaccination rates, but vaccinations have nothing to do with the job creation numbers – what creates jobs is ending lockdowns.

So, just to make sure everyone is clear on this: The sectors devastated by governors who shut down their states are creeping back. So, when and if Democrat governors like California’s Gavin Newsom, New York’s Andrew Cuomo, Michigan’s Gretchen Whitmer and New Jersey’s Phil Murphy loosen their stranglehold on the job creators even more people will get hired back.

According to the BLS. Travel-dependent Hawaii and locked down New York had the highest unemployment rates in February, 9.2 percent and 8.9 percent, respectively, while South Dakota, under the leadership of liberty-loving Governor Kristi Noem had the lowest unemployment rate at 2.9 percent, and never locked down Utah was second lowest at 3.0 percent.

Other lockdown states had similarly dismal results: California at 8.5 percent and New Jersey at 7.8, and Michigan ended some of its more onerous restrictions and saw a boost in job growth, bring it to just under twice the South Dakota rate at 5.2 percent.

Even hardheaded Republicans, like Texas Gov. Greg Abbott, who maintained restrictions long after they were shown to be economically devastating and without scientifically proven utility finally got the message. “Too many Texans have been sidelined from employment opportunities,” Mr. Abbott said in a speech at the Chamber of Commerce in the city of Lubbock, reported by the BBC. “Too many small business owners have struggled to pay their bills. This must end.”

Ending lockdowns is not so much job “creation” as it is returning jobs that were stolen by the government, so maybe we should call it job “replevin” rather than job “creation” because government action didn’t “create” these jobs, it merely stopped making working at them impossible.

NBC further reported that economists caution that, while better numbers lie ahead, there is still a long way to go. The economy would need to add around 950,000 jobs a month for the next 10 months to return to pre-pandemic levels.

“A year into the [covid] recession, the labor market is still down 9.5 million jobs from where it stood immediately before the Covid-19 shock. If we add in jobs that should have been created over that time to absorb new workers, we’re facing a jobs shortfall today of nearly 12 million jobs,” said Elise Gould, senior economist at the Economic Policy Institute.

So, when you hear Democrats claim credit for “job growth” or you read the establishment news media, don’t buy the narrative that “vaccination efforts” are leading to job growth – they are not. What’s driving job growth (or job replevin as we think it should be called) is ending lockdowns.

We urge CHQ readers and friends to call their state’s governor, click this link to find your governor’s contact information, and tell your governor that lockdowns and mask mandates are unscientific, Un-American and an unconstitutional invasion of your privacy and that you demand the governor end lockdowns and other restrictions so your community can return to normal life and full employment.