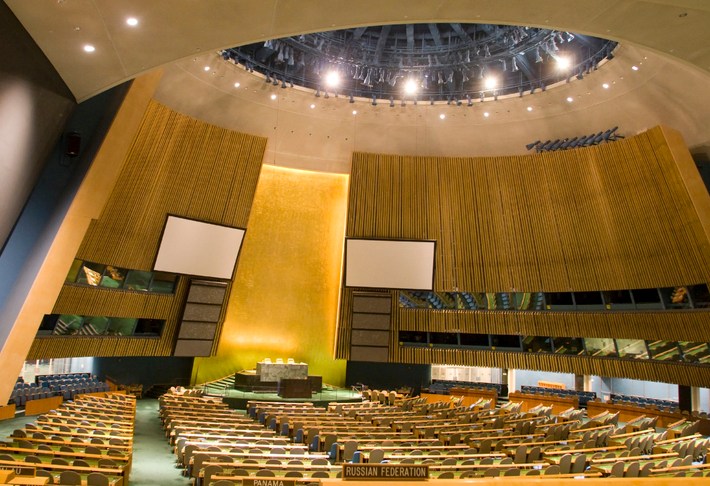 Joe Biden has again surrendered American sovereignty to the globalist pillagers. He put the United States back into the United Nations’ “Paris Climate Agreement,” an endless wealth redistribution scheme. In this scheme, we send our assets out and get nothing in return. It’s an enormous gift to Maoist China.

Biden is essentially taking all of the America First initiatives that Trump prioritized and he is reversing them. This two-part multi-trillion dollar bill will make us socialists. It is mostly a huge welfare bill for deadbeats and the greedy as our borders are wide open.

The UN is all pumped up and feeling feisty. They now say that America owes the organization 1 billion dollars that Trump refused to “donate.”

Idiot Joe Biden is about to pay up.

The UN says the extra billion is to “restore American leadership abroad.” How giving a billion dollars to the thugs in the UN helps US leadership is a mystery.

When we give money to the UN, it is free and unaccounted for. We never get any goodwill or return on the money. We don’t even know where it goes.

Giving money to them ends up funding things like the massive illegal immigration on our southern border. The U.N. has always been heavily involved in pushing the masses into our country illegally.

Donald Trump knew what they are and withdrew the United States from the UN Global Migration Pact. Biden plans to put us back in.

Currently, in addition to the normal funding that Congress already approved, Joe Biden wants to give them the extra billion they demanded. He wants to use “discretionary funding” to pay the UN because he believes Trump didn’t pay enough.

We can never pay enough because we are always the bad guys to leftists.