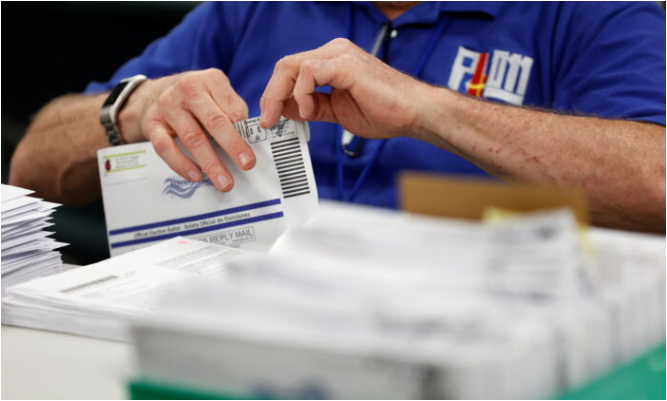 The Republican-led Texas state Senate approved legislation on April 1 that would ban mail-in ballot drop boxes and most drive-thru voting, a measure that Republicans say “ensures election integrity,” while Democrats say it’s voter suppression and makes it harder for people with disabilities and ethnic minorities to vote.

The bill, which passed 18–13 along party lines, will now head to the state’s House of Representatives. Committee hearings are slated to start when the lawmakers convene on April 6.

The measure, according to state Sen. Bryan Hughes, a Republican, is “designed to address areas through process where bad actors can take advantage because we want the people of Texas to be confident their elections are fair, honest, and open.” The legislation “standardizes and clarifies” voting rules so “every Texan has a fair and equal opportunity to vote, regardless of where they live in the state.”

It also will require voters who have disabilities to prove that they can’t access polls in person in order to qualify for a mail-in ballot, and would also require authorization from top state leaders to be alerted about any private funding of more than $1,000 that is given to election departments, according to KXAN.

The state already required that a voter provide a reason to vote by mail, including being age 65 or older, having an illness or disability, or those confined to jail or who are out of the United States during the election.

“Every eligible Texan deserves to have their voice heard at the ballot box—regardless of their race, ethnicity, disability, gender, age, income, or party. SB 7 makes it harder for every Texan to vote,” a statement from the state Democratic Party said. “We aggressively fought this bill because we know it will disenfranchise racial and ethnic minority voters and voters with disabilities, including veterans.”

State Sen. Borris Miles, a Democrat, said: “As I see this bill, it’s a pure case of suppression. There are some things in here that are really offensive.” Other Democrats likened the legislation to the Jim Crow laws that enforced racial segregation in the southern United States.

The Texas Democratic Party had attempted to expand mail-in voting in the midst of the CCP (Chinese Communist Party) virus pandemic and filed lawsuits against the state. They argued that a lack of immunity to COVID-19, the disease caused by the virus, was a condition that threatened voters’ health.

But the Texas Supreme Court ultimately rejected Democrats’ arguments and said that a lack of immunity didn’t constitute a physical disability.