Nearly half of healthcare workers have declined coronavirus shots 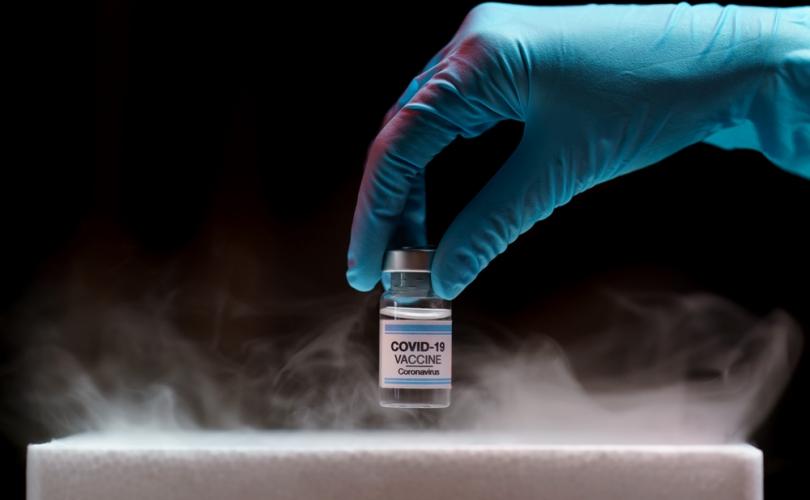 Nearly half of healthcare workers have declined coronavirus shots

One in six said they would quit their job before taking the experimental vaccine.

While health officials have been hand-wringing about “vaccine hesitancy” as a leading threat to public health that will prolong the pandemic and blaming “anti-vaxxers” for spreading health “misinformation,” it turns out that it is doctors and nurses who are most reluctant to take a dose of a new COVID-19 vaccine.

Just 52% of health-care workers have had at least one COVID vaccine shot though they have been eligible for vaccination since day one of the vaccination campaign in December, a Washington Post and Kaiser Family Foundation poll conducted in late February through March found.

Of the 48% who have been delaying vaccination, “as many as 1 in 6 health workers said that if employers required them to get vaccinated, they would leave their job,” according to the Washington Post.

More than one third (36% of health workers) said they were doubtful about the safety and efficacy of the fast-tracked, experimental coronavirus shots.

The Post said the poll was the most comprehensive survey of vaccine adoption across the U.S health care workforce, covering 1,327 staff in hospitals, assisted-living facilities, patients’ homes, and other settings.

Its findings are in keeping with a number of other studies. Researchers at six institutions including Harvard Medical School, the American Health Care Association, and Brown University School of Public Health set out to understand why just 37.5% of skilled nursing facility staff took up the offer of a coronavirus vaccine on the first pass. Their study published last week canvassed 193 staff from 50 facilities who participated in 26 meetings to discuss their concerns. The following most commonly cited reasons which healthcare workers cited for declining vaccination would ordinarily be labelled by public health officials as “anti-vaccine” misinformation:

“Reasons for vaccine refusal include mistrust of the government and pharmaceutical companies, concerns about side effects made worse by rampant misinformation [sic] about the vaccine on social media, and concerns among Black healthcare workers which stem from a history of medical racism,” the study said.

Historical abuse of blacks by public health include forced sterilization campaigns and other horrors like the Tuskegee Syphilis Experiment in which the United States Public Health Service and the Centers for Disease Control (CDC) left black men with syphilis untreated as policy between 1932 and 1972. At least 128 men needlessly and cruelly died while researchers observed the “natural progression” of the disease.

Studies have found a similar “alarming” mistrust of vaccine marketing among healthcare workers across the globe, according to a review of the literature published in February. Just 27.7% of doctors and nurses in the Democratic Republic of the Congo want a coronavirus shot, for example, and in Hong Kong only 61.1% of health professionals surveyed said they would take a vaccine. The highest vaccine acceptance rate among healthcare workers was 78.1% in Israel where a draconian digital “Green Pass” system has been implemented across the culture, preventing the unvaccinated from holding jobs, traveling, and eating inside restaurants.

By comparison, vaccine acceptance figures from surveys of the general public ranged between 70% and 79% – significantly higher than healthcare workers.

‘They likely have seen adverse reactions’

The reluctance to vaccinate among healthcare workers isn’t exclusive to the coronavirus vaccine, however. Dozens of studies in the public library of medicine examine the “vaccine hesitancy” among doctors and nurses who traditionally had very low uptakes of influenza vaccine, for example.

During the 2009 “swine flu pandemic” most countries had low vaccine uptake among healthcare workers, under 30% generally, and as low as 7.5% in France.

Being mostly “young healthy people” at low risk from the virus, healthcare workers are not likely to be irrationally afraid of it, said Stuart Fischbein, a Los Angeles-based obstetrician and gynecologist.

“They likely have seen adverse reactions and can calculate and understand the risk/benefit ratio,” he added.

Thirdly, “many are women of reproductive age and are wary of harming a pregnancy or a chance to be pregnant.”

“They are aware that these new vaccines haven’t really had safety testing that means anything,” said Fischbein. “Pretty much everyone getting a vaccine today is a human experimental subject. And experienced rational people like health care workers would rather let someone else be a guinea pig.”

‘Mandatory vaccination…may need to be considered’

The prevalence of vaccine hesitancy has raised the specter of mandates for healthcare workers.

“Although all current Covid-19 vaccines are emergency authorization use only and a vaccine-mandate would be considered only once these vaccines are licensed by the U.S. Food and Drug Administration, future vaccination policies require time and deliberation,” wrote a group of public health researchers with the University of Toledo and Cleveland Clinic in a paper published last week. “[G]iven current vaccine hesitancy, mandatory vaccination of certain groups, like healthcare personnel, may need to be considered when these vaccines are licensed, especially if voluntary vaccination proves insufficient.”

In the U.K., Prime Minister Boris Johnson is expected to make a statement in the coming week about making COVID vaccination mandatory for care home workers by mid-June, which suggests that the vaccines would have to be licensed and no longer be experimental by then.

In France a senator said earlier this month that if the rate of healthcare vaccinations does not double in 15 days, he would consider mandates for healthcare workers as well.