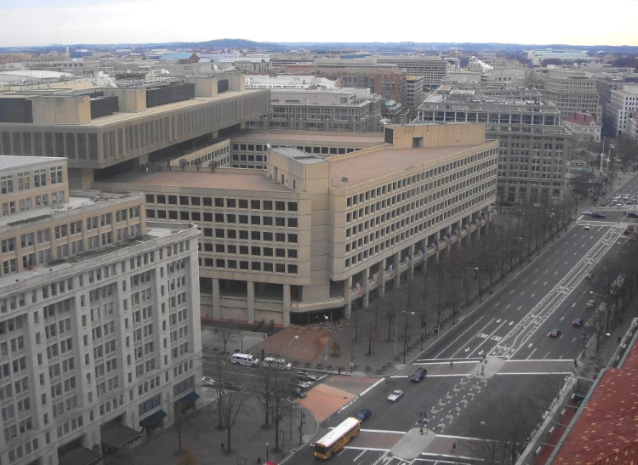 While the FBI has been failing to stop terrorist attacks by known threats, it has conducted numerous political operations on behalf of Democrats. It’s time to clean house.

The New York Times reported on March 27 that Syrian-born Colorado mass shooter Ahmad Al Aliwi Alissa had been on the FBI’s radar before he murdered 10 people in a grocery store.

“The suspect’s identity was previously known to the F.B.I. because he was linked to another individual under investigation by the bureau, according to law enforcement officials,” the Times says.

According to a police affidavit, six days before Alissa shot 10 people to death, he purchased a pistol. That would have required him to pass a federal background check also run by the FBI. It seems the FBI is not very good at this “stopping mass shooters” thing.

This is not an anomaly in the FBI’s history. It in fact appears to be a pattern of negligence. During the Barack Obama presidency, Sen. Rand Paul, R-Ky., grilled FBI Director James Comey about the “known wolf” problem — of 14 Islamist attacks in the U.S. during Obama’s tenure, the FBI had been aware of at least 12 before the violence erupted, and did nothing.

For example, the 2009 Fort Hood shooter, who killed 13; the Boston Marathon bombers of 2013 who killed three and injured 264; and the Pulse nightclub shooter who killed 49 people and wounded 53 more. All were known to the FBI and several had been interviewed by the FBI before they went on killing sprees.

The FBI had also been warned numerous times about the Parkland, Florida school shooter, before he killed 17 and injured 17 more in 2018. It also knew beforehand about the 2018 Nashville, Tennessee Waffle House shooter, who killed four and injured two more, and the 2020 Nashville RV bomber.

While the FBI has been failing to stop terrorist attacks by known threats like these, it has conducted numerous political operations on behalf of Democrats. The ones we know about include Crossfire Hurricane‘s use of federal spy power to affect election outcomes and prevent effective governance by elected Republicans. That operation included spying on Fox News.

In 2020, the FBI sent 15 agents to investigate a rope tied in a loop that hysterical people alleged was a “noose” after a black NASCAR driver was assigned a garage with the rope as its door pull. The FBI investigation determined the rope had been in the same shape and spot since at least 2019.

In 2019, the FBI executed operation “Varsity Blues” to shame rich people who attempted to buy their children entry into ruling class universities by means other than gobsmackingly expensive prep schools and SAT tutors.

The FBI also appears to have entrapped people into a ridiculous plot to kidnap Michigan Gov. Gretchen Whitmer in 2020, by inserting agents into their social group who presented the plan and got them to appear to go along, at least on FBI recordings. The same appears to be happening with Democrats using the Jan. 6 riot to have the FBI investigate and prosecute their political opponents among the hoi polloi.

For that investigation, USA Today says, “agents in all but one of the FBI’s 56 field offices have been drafted to track down” people who attended the Capitol protest that day, the vast majority of whom peacefully protested. “Investigators who typically work cases involving the trafficking of drugs, child pornography and sex have taken calls from rioter’s angry ex-wives and former girlfriends and employers turned tipsters.”

Meanwhile, the FBI and other investigators appear to be hiding the truth about the one death that occurred in connection with this havoc that hasn’t yet been definitively proven to be an accident, besides the rioter a police officer shot to death.

It also appears the FBI is using its police power to prosecute people in connection with the Capitol riot who participated in no violence, including one who never went inside the Capitol nor harmed any person or public property, according to Julie Kelly’s reporting of court documents. His true crime appears to be belonging to a group in which some members believe, according to the federal indictment, that “the federal government has been co-opted by a cabal of elites actively trying to strip American citizens of their rights.”

Parents of a teen who entered the Capitol and also committed no violence have been threatened by the feds for their political beliefs, Kelly reports. Their 18-year-old has been held in jail since the FBI arrested him in February, with 30 0ther inmates, and denied bail because he was homeschooled: “I don’t believe that home incarceration will work because he is an 18-year-old who’s homeschooled,” assistant U.S. Attorney Ryan Buchanan told the judge.

Bruno Cua is being treated as a hardened criminal because of aggressive non-leftist social media posts. It appears his actual crime was trespassing. The feds have shown no evidence he perpetrated any property destruction or violence. Meanwhile, thousands of youths who rioted in the name of “Black Lives Matter” are out enjoying their $1,400 stimulus checks. The FBI never even tried to pursue them.

The FBI received repeated tips from social media company Parler ahead of the Jan. 6 riot that violence might occur. It appears precisely zero actions were taken before the unrest to try to prevent it. Combined with the FBI’s reported entrapment attempts by infiltrating Tea Party and other conservative patriotic groups, this certainly makes one think.

While letting much worse leftwing violence from well-documented “extremist” networks continue largely unchecked on federal property in Portland and elsewhere, the FBI has placed “thousands” of billboards across the country seeking tips to ferret out all private citizens who were at the capitol on the one day in the past year of repeated violent mayhem that any of it could be attached to non-leftists.

Deep-seated discrimination according to political views is a tradition at this point for an FBI that revealed its naked partisanship during Donald Trump’s presidency. There is no other reasonable explanation that a former FBI lawyer who pled guilty of fabricating evidence to create a conspiracy against a president got a slap on the wrist in January, and people who lit fires in DC streets for months that threatened at one point to consume historic buildings had a public plaza named after them and repeatedly no charges pressed, while people merely suspected of having participated in vandalism in DC on Jan. 6 have been stripped of firearms and strapped with tracking devices. Some are in jail until their trials months later.

Some of the charges they face carry penalties of up to 20 years in jail each, such as “obstructing an official proceeding.” People who merely walked into a building where Vice President Mike Pence happened to be after police opened doors for them, even if they didn’t know Pence was there, could be imprisoned for up to a year. According to USA Today, that could be labeled “entering a restricted area” by prosecutors eager to suck up to Democrat overlords by putting no-name flyover people in prison. None of those caught in the FBI’s dragnet have been offered plea deals, USA Today says.

Meanwhile, USA Today is attempting to make sure these people either get no decent legal representation or that it bankrupts them. Leftist rioters accused of crimes including arson, rape, shooting at police, and murder, however, get the vice president of the United States to help raise their bail and huge financial donations for their legal defense, and no one bats an eye about Democrats’ open contributions to violent “insurrection.”

A year in prison after a bankrupting court trial for taking pictures of Congress after police opened doors to let you in? While a guy who falsifies evidence that fueled a conspiracy to subvert an elected president gets probation and multitudes of people who lit American cities on fire get off completely? It’s clear this agency stands not for equal justice for all Americans, but for systematically searching and destroying Democrats’ opposition, even to the point of fabricating crimes by a Republican president.

It’s not clear whether the FBI’s repeated failures to stop domestic terrorism when forewarned are the result of ideology, incompetence, design, or some combination of the three. It doesn’t matter.

What does matter is that the FBI will spend hundreds of millions of dollars and years to nab 53 rich people trying to get their underqualified kids into top-rated colleges, and the same going after Democrats’ political enemies, while letting known Islamic and other domestic terrorist threats slip right through their fingers. In fact, right now they may be taking agents off these kinds of threats to focus on right-wing “extremists,” like boomers who are National Rifle Association members.

It’s past time to shut down the FBI and start over from scratch until we can figure out what is going on. We cannot continue to have an FBI more interested in pulling off Varsity Blues and Crossfire Hurricane than stopping mass shooters.

Joy Pullmann is executive editor of The Federalist, a happy wife, and the mother of six children. Sign up here to get early access to her next book, “How To Control The Internet So It Doesn’t Control You.” Her bestselling e-book is “Classic Books for Young Children.” A Hillsdale College honors graduate, @JoyPullmann is also the author of “The Education Invasion: How Common Core Fights Parents for Control of American Kids,” from Encounter Books.