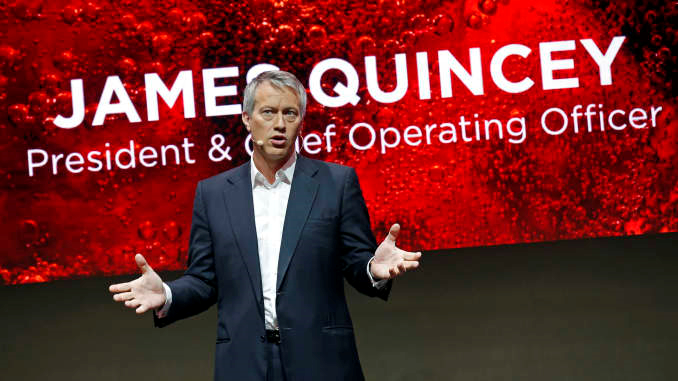 It seems big business likes bigger government, and is not interested in integrity of our election process. They change the subject, and redirect their criticism to benefit them. In effect, they change the subject. This is disgusting. What to do? —— I am not sure other than to vote with my dollars and feet.

Coca-Cola CEO James Quincey said the company has always been against legislation in Georgia that restricts voter access, but is choosing to speak up publicly about it after the bill passed.

He added that the company has a long track record in Georgia, where it is based, of working with legislators and lobbying for itself or with alliances and achieving what it wants while working in private.

Coke is among the many companies that are now publicly taking a stance after Georgia Gov. Brian Kemp signed a bill into law that overhauls the state’s elections, which opponents say disproportionately disenfranchises people of color. Civil rights groups have been critical of the beverage giant for not vocally opposing the law and have asked consumers to boycott the company’s products until it speaks up more forcefully.

In the interview, Quincey used stronger language than a previous statement from Coke to oppose the law, calling it “wrong” and saying it needs to change. On Monday, Alfredo Rivera, president of Cokes North American operating unit, said in a statement that the company is disappointed in the outcome but doesn’t see this as the final chapter. Rivera also said that Coke had joined with other Georgia businesses earlier this year to let state legislators know that they opposed measures to restrict voter access. Last year, Coke introduced its first-ever company holiday for Election Day.

Merck CEO Ken Frazier and former American Express CEO Ken Chenault, both of whom are Black, are asking corporate leaders to oppose the law. Other companies that have released statements about the law include Delta Air Lines, which was also facing calls for a boycott, and BlackRock.