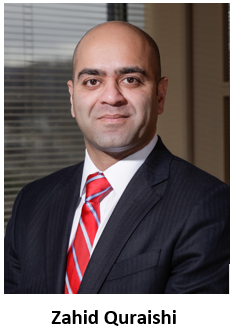 Personally, I could not careless what the religion of a judge is … provided that they keep their beliefs out of the courtroom and rely solely on the law to make decisions.

Many people have questioned whether devout Muslims would be able to serve as officers of the court due to the teachings of the Koran.

There are concerns among Christians and Jews that a devout Muslim judge in the US court system would see themselves as a ‘Qadi‘ rather than one who is beholden to the US Constitution.

According to the Encyclopedia Britannica:

A ‘Qadi, Arabic qāḍī, a Muslim judge who renders decisions according to the Sharīʿah (Islamic law). The qadi’s jurisdiction theoretically includes civil as well as criminal matters. … The qadi’s decision in all such matters was theoretically final, although in practice premodern Muslim polities developed mechanisms for reviewing the qadi’s verdicts.’

I am not familiar with the judge that Biden’s regime appointed to the federal bench, but I would assume that they have a good history of ruling according to the letter of the law, rather than the Koran.

‘President Joe Biden announced a slate of 11 federal judge nominees Tuesday that placed a heavy emphasis on his stated goal of promoting diversity.

The picks — Biden’s first to the federal bench since taking office Jan. 20 — included Zahid Quraishi, who would be the first Muslim-American federal judge in U.S. history, and Ketanji Brown Jackson, one of three Black women selected to fill appeals court vacancies.

“This trailblazing slate of nominees draws from the very best and brightest minds of the American legal profession,” Biden said in an emailed statement. “Each is deeply qualified and prepared to deliver justice faithfully under our Constitution and impartially to the American people — and together they represent the broad diversity of background, experience, and perspective that makes our nation strong.”’

The appointment will have to be confirmed by the Senate.

Again, I don’t think that being a Muslim should exclude people from holding office or being a judge.  As always, we must make sure that ALL judges appointed to the courts respect and understand the Constitution and know that it is the supreme law of the land.

Conservative opinion writers and news reporters are under attack from the tyrants and Big Tech. We need your support now more than ever. To help us, you can do two things:

1. Like and share our articles and videos on every platform you can. Even though you are likely being censored also, it gives us a better chance of reaching a broader audience.

2. Join and become active on privately owned social media platforms. Our preferred platform is Spreely, but there are other good alternatives available.