Prepare To Reclaim Your Liberty: Read This Angelo Codevilla Article 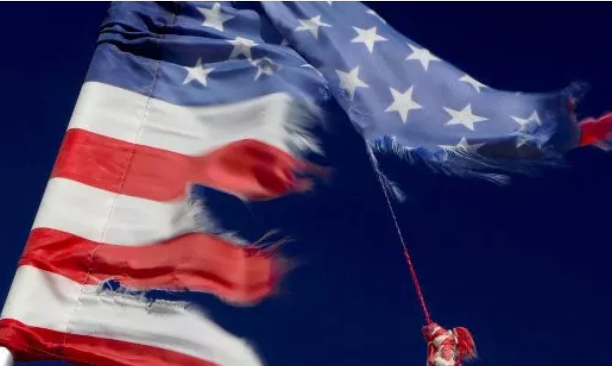 Prepare To Reclaim Your Liberty: Read This Angelo Codevilla Article

Angelo M. Codevilla, author of The Ruling Class and “Our Revolution’s Logic” has published another profoundly insightful article about the state of liberty in 21st century America, this time in an essay for Tablet magazine, titled “American Exodus.”

Professor Codevilla’s analysis of the 2020 election will be familiar to all conservatives who followed the election and reacted with impotent rage to the blatant election fraud, vote stealing and manipulation that sealed Joe Biden’s illegitimate victory.

Prof. Codevilla’s most important premise begins with this:

Today, the oligarchy that controls American society’s commanding heights leaves those who are neither its members nor its clients little choice but to marshal their forces for their own exodus. The federal government, the governments of states and localities run by the Democratic Party, along with the major corporations, the educational establishment, and the news media set strict but movable boundaries about what they may or may not say—on pain of being cast out, isolated from society’s mainstream. Using an ever-shifting variety of urgent excuses, which range from the coronavirus, to the threat of domestic terrorism, to catastrophic climate change, to the evils of racism, they issue edicts that they enforce through anti-democratic means—from social pressure and threats, to corporate censorship of digital platforms, to bureaucratic fiat. Nobody voted for this.

Trump won in 2016 as the candidate who would lead the country class out of the clutches of the ruling class—as a caricature of Caddell’s Mr. Smith. The ruling class—Wall Street, K Street, Washington grifters, the educational establishment, the media, and the corporations—saw the alienation that Trump embodied as the mortal threat that it is to their own power and positions. Unable and unwilling to change their way of governing, or the system of heavily bureaucratized crony capitalism from which they so massively benefit, these people resolved to secure the votes of Blacks, Hispanics, women, and the young by encouraging them to make war on whites, men, and conservatives. “Hate thy neighbor and stick with us!” was their program. Hence the four-year campaign leading up to the 2020 election was all about hating Trump and beating down his voters on the basis of race, sex, the Russians—anything to divert from what the rampant oligarchy was doing to the rest of the country.

Hate-as-identity was key to the ruling class’s victory in the 2020 election. For the elites, indulging sentiments of moral superiority, promoting hate, and rubbing “deplorable” faces in the dirt is a means to secure and mobilize supporters, which itself is incidental to securing the material benefits of power. For those who deliver the votes, indulging hate is affirmation of identity.

Prof. Codevilla’s advice to those of us who find ourselves either by choice or by exclusion to be outside today’s ruling oligarchy is this:

The oligarchy’s cancellation of most ordinary people out of its desired America leaves the latter with the choice between helotry and exodus. But since submission to inconstant, inept masters is impossible, common sense suggests counter-canceling: limiting involvement with the oligarchy to minimizing its interference on individuals who don’t share its aims and preferences.

We agree with Prof. Codevilla’s central premise that today’s America is ruled by a hateful, power hungry unelected anti-democratic oligarchy, and his analysis of who they are and how they operate. Our disagreement with him is a gentle, but important one: How do you exit if the oligarchy is bent on pursuing you and forcing your compliance, despite your best efforts to disengage?

In the old Soviet Union and other totalitarian states, such as today’s Red China, non-compliance is not allowed and even life’s most basic necessities, let alone life’s modern conveniences, are rationed according to one’s willingness to submit and earn social credit with the oligarchy.

Dumping your Twitter and Facebook accounts and homeschooling your children are good ideas, and would contribute to both one’s mental health and the future of the Republic, but what if the oligarchy decides for doing so you should be put on a no-fly list, or your conduct amounts to child abuse and the state should raise your children?

Prof. Codevilla began this essay, perhaps in recognition of the proximity of Passover, by noting that “Genesis tells us that only in Moses’ time did the Egyptians make clear how harsh was the alternative to the Exodus by deciding to kill their longtime slaves’ baby boys.” It is true that we are rapidly approaching such a decision point, but it is worth noting that the Exodus was accomplished only with providential intervention which swept the Red Sea over the Egyptian army.

Perhaps as we undertake our own Exodus and cancel Twitter and Facebook, buy from our local independent merchants instead of Amazon, turn-off the establishment media and pull our kids from woke government schools, we should also seek the divine favor necessary to raise up a new Moses who will be the vehicle the L-rd uses to free his people and smite those who defy his laws and power.

We urge CHQ readers and friends to go to American Exodus and read the article to prepare to reclaim your liberty through your own Exodus.