Are You Awakened — or Woke? 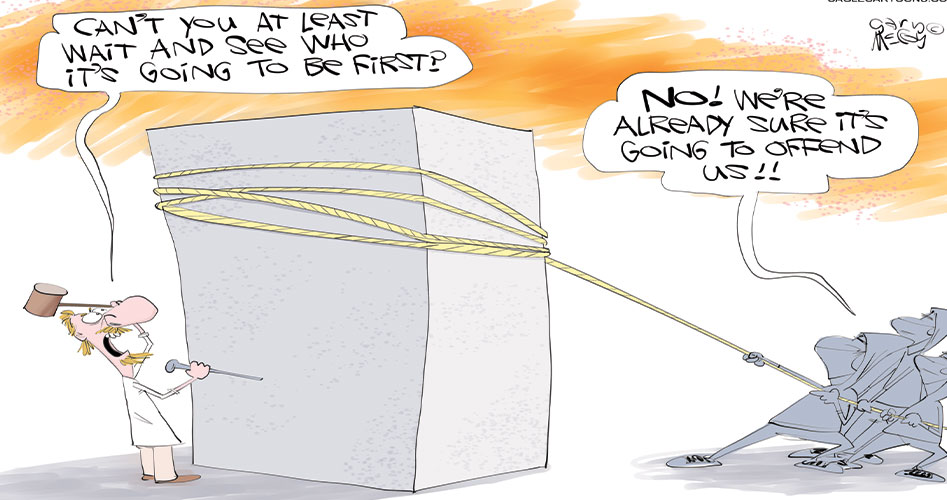 Are You Awakened — or Woke?

There is a world of difference between being awake and being woke. There is a Great Awakening rolling across our land. Americans, in the tens of millions, are realizing as never before that we are being systematically stripped of our God-given rights, and that it is time to get involved in the fight for liberty.

Your editor experienced a small example of this awakening last August in Bonners Ferry, a rural town near the Canadian border in Idaho’s panhandle, where I was to be a featured speaker. When my turn came to speak, I couldn’t help remarking that the federal BLM (Bureau of Land Management) is burning our countryside up while the revolutionary BLM (Black Lives Matter) is burning our cities down. The humor was not lost on the audience, which understood well the truth of the statement. At the time, Black Lives Matter rioting had set fire to Portland and Seattle, and the smoke from that urban conflagration had merged with the smoke from the rural wildfires that have become regular and increasingly hazardous conflagrations, thanks to the policies of the Bureau of Land Management and its sister agencies.

The event was a barbecue dinner sponsored by the local chapter of The John Birch Society. More than 300 people showed up for the beef tri-tip provided by longtime JBS member and rancher Bob Vickaryous. Joining me at the podium were two of the nation’s premier pro-liberty state legislators, Representative Matt Shea of Washington and Representative Heather Scott of Idaho. Following our speeches, the Society’s regional director, Caleb Collier, delivered a moving exhortation and “altar call.” Reminding the audience of the 56 signers of the Declaration of Independence who pledged “our Lives, our Fortunes, and our sacred Honor,” he cited the cases of several of the signers who did indeed sacrifice their lives and their fortunes in the cause of liberty, but none betrayed their sacred honor.

Collier then asked the audience how many would be willing to stand and join the fight for liberty. Like a scene out of a movie, they began rising until it appeared that virtually everyone was standing. Collier ran out of JBS membership applications. Combined with a more recent follow-up in Bonners Ferry, the JBS signed up more than 130 new members in the area. A more recent follow-up in Bonners Ferry was even larger. Collier says he is having similar experiences throughout Montana and Washington. Wayne Morrow, who as vice president oversees the group field operations, says a similar awakening is happening across the nation.

One of the catalysts for this awakening is the recent realization on the part of many that millions of our fellow Americans have succumbed to “woke” ideology, the false enlightenment that has turned them into foot soldiers of the Marxist revolution in the name of “racial justice,” “social justice,” “gender justice,” “environmental justice,” etc. This was already becoming screamingly obvious in 2016, as the organized forces of the militant Left escalated a campaign of physical violence against then-candidate Donald Trump — and his supporters — in the run-up to that year’s presidential election. It escalated further at his inauguration and continued throughout his four-year term in the Oval Office.

It was plainly evident that much of the violence and social tumult was being fomented by youths who were being indoctrinated in “wokeness” by their schools, colleges, and universities. And, of course, there is also the indispensable ingredient of the radical “community organizations” — of which BLM is the most conspicuous — that invariably are funded from outside the community by wealthy globalists and their subversive tax-exempt foundations.

However, even being awash in cash and being fed an unlimited supply of woke youth, BLM would not have been able to accomplish what it has without its accomplices in the Fake News media empire — without the networks, newspapers, and punditocracy providing sympathetic coverage, justifying the violence and destruction in the name of racial justice, and constantly describing the BLM-Antifa mayhem as “mostly peaceful.”

The same is true with regard to the media-generated hysteria over the COVID virus that is being used by the Beijing-Gates-Rockefeller-WHO axis, together with the World Economic Forum, to turn us into a facsimile of Communist China’s totalitarian society. The vicious smearing, censoring, “canceling,” deplatforming, demonetizing, and banning by the media/social-media cartels has awakened enough Americans to conspiracy reality that the media-applied “conspiracy theory” charge has lost much of its sting. We can no longer be silenced by that label. This is a time of great peril, but also great opportunity. Millions of Americans are seeking answers and direction. We can, and must, help them with both.