Biden Admin. Wants Police to be Allowed to Seize Your Guns WITHOUT a Warrant 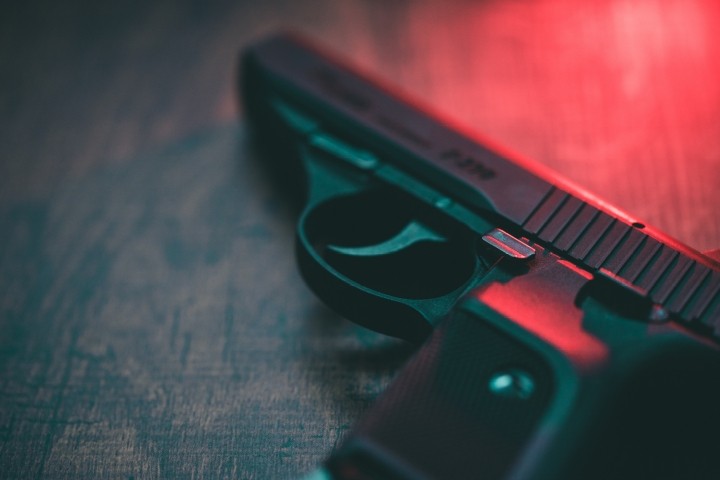 Biden Admin. Wants Police to be Allowed to Seize Your Guns WITHOUT a Warrant

Imagine that you get into a heated argument with your spouse, and the police are eventually called. You then engage with them non-confrontationally and willingly agree to submit to a psychiatric evaluation at a hospital. The doctors would determine that you’re not a danger to yourself or others; meaning, there would be no inpatient care. Yet when you return home, you find that the police had entered your residence and had seized your firearms without a warrant.

Moreover, you then ask the cops numerous times to return your guns. They refuse, however, and only relent two months later after you have an attorney contact them.

Well, you don’t have to imagine because this is exactly what happened to Rhode Islander Edward Canaglia in 2015 (you can read more details about his case here). What’s more, the Biden administration now wants police nationwide to have the power to seize your weapons without a warrant, according to Fox News Commentator Tucker Carlson.

As he stated Friday evening, referencing a lawsuit Canaglia filed against local police:

So this case is now before the Supreme Court as it should be. But here’s the remarkable thing, the Biden administration is backing the police officers who stole Edward Canaglia’s guns with no warrant. In fact, the Biden administration is asking the Supreme Court to approve of this and make it a precedent. They’re asking for permission to search any home they want, without a warrant and take what they want. Any guns that Joe Biden’s police find will be confiscated in the name of “public safety.” Think about that, it’s almost beyond belief. It should be on the front page of every paper in the country, the ACLU should be fighting it, but none of that’s happening. [Video below.]

One reason this is so alarming concerns the Bidenites’ plan for securing “public safety.” As Carlson also point out, Biden is opposing Canaglia because firearms are just that dangerous. And most dangerous of all, Joe Biden has told us, including this week, are something called “assault weapons.” Assault weapons are such a threat, Joe Biden says, [that] he’s not going to wait for the Supreme Court. He wants Congress, which his party controls, to pass a total ban on “assault weapons.” Well, that sounds familiar because we did it before — for ten years. And it didn’t work; it didn’t work for a bunch of different reasons. First, because no one can define what an “assault weapon” is. Second, because not that many people are killed by assault weapons. But Joe Biden doesn’t care. If you go to Joe Biden’s website, you’ll learn that “assault weapons” are responsible for quote, “our gun violence epidemic.” They’re “weapons of war,” and if you can get them off the streets, this country will be a much safer place. Well, that’s a total crock. And not only is it a lie, it’s an appalling lie, contradicted completely by actual evidence.

Carlson then related that according to the FBI’s most recent data (2019), 364 homicides were committed with rifles, of any kind; this equates to approximately three to four percent of all firearms murders. I’ll add that only a small percentage of those 364 murders were committed with so-called assault rifles.

In contrast, 600 people were killed in 2019 with “personal weapons”: fists, feet, and hands. Knives and other cutting tools were used in 1,476 murders. The latter prompted Carlson to quip that maybe we need cutlery control. But don’t laugh — this is already happening in Britain.

For further perspective, note that approximately 60 percent of gun-related deaths are suicides.

Note also that insofar as “assault weapon” is something more than just a propaganda term, it once referred to a rifle with a “select fire” feature; meaning, as I heard it related years ago, such firearms could be fired semi-automatic, fully automatic, or in three-shot bursts. Yet the class of guns targeted by Uncle Sam’s rights snatchers, such as the AR-15 and AK-47, are merely semi-automatic — just as are most firearms purchased today.

For those unacquainted with weapons, this means that you pull the trigger once, and one shot is released. So, no, at issue are not “machine guns”! (Don’t get your firearm “facts” from movies — or leftists.)

This brings us to the rallying cry that people shouldn’t be allowed to have “weapons of war.” Question:

Can you name for me a firearm that wasn’t created as a “weapon of war”?

Carlson mentioned as well that while leftists want to further restrict your Second Amendment-protected rights, they don’t even enforce gun laws already on the books in big cities such as Chicago, Washington, and Minneapolis. So do they really care about “gun deaths”?

Moreover, if you lie during a federal firearm background check, you can go to prison for five years, Carlson pointed out. But Hunter Biden did that very thing and was allowed to skate.

Anyway, if the solution to human sin is as simple as mindless bans, why don’t we just cut to the chase and ban sin itself?

Oh, yeah, that would leave us without the Democratic Party.