The Supremacy Clause: The Constitution Is Supreme 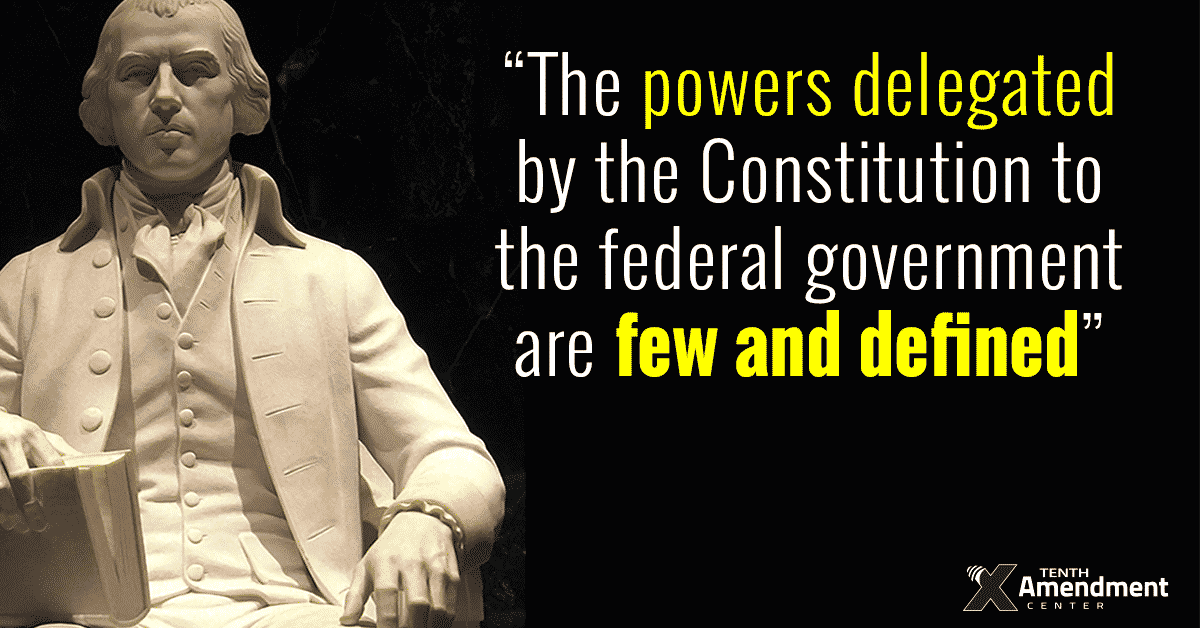 The Supremacy Clause: The Constitution Is Supreme

A plain reading of this text tells us several things:

Alexander Hamilton explains the underlying principle of this clause in Federalist 78.

“There is no position which depends on clearer principles, than that every act of a delegated authority, contrary to the tenor of the commission under which it is exercised, is void.  No legislative act, therefore, contrary to the Constitution, can be valid.”

James Madison explains in Federalist 45 that the powers delegated by the proposed Constitution to the federal government are few and defined and those powers are to be principally exercised upon foreign affairs, such as war, peace, negotiations, and foreign commerce.

According to Hamilton, when the federal government exercises powers that have not been delegated through the Constitution, the acts performed through that unauthorized power are null and void.   What that means is, if Congress passes a law and that law is not made consistent with the powers delegated by the Constitution, then that law is completely invalid.  Thomas Jefferson reasserts this concept in the Kentucky Resolution of 1798:

“Whenever the general government assumes undelegated powers, its acts are unauthoritative, void and of no force.”

The Supremacy Clause codifies this very principle;  that any law made by Congress that is not made in pursuance to the Constitution, is no law at all.

A law made by Congress that is not made pursuant to the Constitution, is not authorized by an expressly delegated power, it is not the supreme Law of the Land and the Judges in every State are NOT bound by it.  The Supremacy Clause does not make every law of Congress, every act of Congress, every federal regulation, or every supreme Court opinion superior to State laws and State Constitutions.  It is the exact opposite.  The States agreed amongst one another to be bound by their mutual compact – the Constitution – not to subject themselves to every whim of their creation.

KrisAnne Hall is the president of Liberty First University and travels the country teaching the foundational principles of Liberty and our Constitutional Republic. She is the author of 6 books on the Constitution and Bill of Rights, she also has a nationally syndicated radio show and a cable television show. She has been featured on C-SPAN TV and C-SPAN Book TV. All articles originally published at krisannehall.com

If you would like a better understanding of how our Constitution created our federal judiciary, our online educational program called Liberty First University, will give you that understanding free from historical revision and political propaganda. We have both online courses on the judiciary and DVDS available for in home, church, and group meetings. You can find us at LibertyFirstUniversity.com