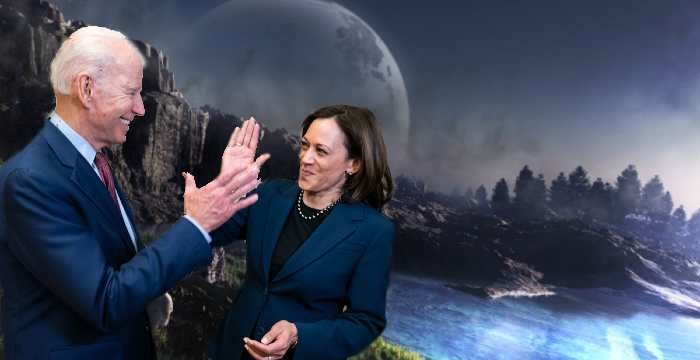 Positive action according to God’s leading is necessary to implement change in a corrupt world of fantastic, unrealistic goals meant to deconstruct a constructive union

By A. Dru Kristenev

When reality rears its ugly head not everyone is able to recognize its features, mistaking a cunning grin for a compassionate smile. The “compassion” of a non-response at the southern border has fantasy written all over it.

Harking back a few years, the first article of mine published by Canada Free Press was entitled “Obama’s no strategy IS his strategy” which referred to the rapid growth of the terrorist Islamic State of Iraq and Syria. Considering that Biden’s cabinet is rife with Obama cast-offs, is it any surprise that the southern border crisis isn’t being handled any differently?

The agenda of the current administration is to lie down, play dead, and watch the country implode under the weight of disaster-laden non-policy that is called humane

Republicans are crying that the current occupant of the White House has no plan to deal with the massive rush of illegals at the border. Even CNN is questioning the Homeland Security Secretary Alejandro Mayorkas about the administration’s inability to handle the influx that immediately formed as soon as Biden took the pledge of Office. The knee-jerk reaction is the same as ever from democrats… blame the former administration for their own incompetence, frank negligence and disregard for human suffering. Didn’t Obama slough off the whole ISIS mess onto Bush by laying the swiftly established terror regime at the feet of the previous administration while indolently waving a hand at the “JV Team?”

This response is by design. Just as Biden’s former boss approached a national security threat by practically ignoring it, Biden’s strategy is an exact copy including shipping unaccompanied minors that are mostly youths who gravitate toward vicious gangs, to distant states like Idaho, Montana and Wyoming—places where these young men have virtually no chance of “fitting in.”

That anyone still harboring an ounce of common sense bewails the obvious danger, thinking there should be reasonable action from the Oval Office, past inaction should supply all the answer they need—it simply won’t happen. Accepting responsibility for any decision, or lack thereof, is not in the democrat (socialist, if one prefers since there’s no difference) DNA.

The agenda of the current administration is to lie down, play dead and watch the country implode under the weight of disaster-laden non-policy that is called humane. That allowing the country to be overrun by drug cartels carting in narcotics and exploited children is akin to official “policy” would be laughable if the suffering weren’t so poignant and devastating.

Playing possum for criminals and the rising Chinese hegemon

This kind of non-strategy is being implemented, if you could call it that, not hoping that enemies will pass them by and attack someone else. No, they’re playing possum for criminals and the rising Chinese hegemon with the full understanding that the United States will be steamrolled and it’s all due to a misapprehension that they will be the first to be rewarded for their ‘good’ behavior. What the dogs sleeping at the front door, letting in the burglars to strip the household, haven’t figured out is they’ll be the first ones to be punished at the hands of their new masters because they have proven they could be bought off with a few tasty morsels.

In this last week, the secretary of state has kowtowed to the Chinese Communist Party slavers, receiving the inappropriate tongue lashing without a peep, then rolling out the welcome mat to coyotes who dump their victims in Biden administration implemented squalor. Whether it’s Xi Jinping’s haughty delegation or Mexican drug cartels’ rat patrols, the White House is party to Chinese-run concentration camps in their western wastes and overpopulated detention centers in our southern deserts by silent complicity.

Insisting on media blackouts of the crisis that Communications Director Jen Psaki refuses to acknowledge on behalf of her overseers, which is still under dispute as to who is really driving the White House agenda, photos were leaked of the overcrowding in Donna, Texas. Senator Ted Cruz released realtime information: “Internal CBP documents obtained by ABC News show there are now 3,889 migrants in the Donna facility that is meant to hold just 250. That means it is currently at 1,556% capacity.”

It wasn’t just a brave insider making the claims about the overcrowding problem. Democrat Representative Henry Cuellar raised the alarm, though with another motive—to release the undocumented individuals into the interior of the country, building a new democrat supermajority after amnesty is granted. No surprises there.

Every action taken by this purposely or accidentally called “Harris” Administration is being perpetrated in order to consolidate a democrat, Marxist really, majority for perpetuity. Gutting energy production to reduce the populace to government servitude, touting nonexistent “green” jobs (same as Obama did) expecting everyone to merrily give over their freedom to speak, worship, choose where and how to live, travel and, well, breathe fresh air instead of their own noxious exhale, is the work of a whole class of people living a fantasy.

It’s purposeful, as instituting chaos is how Marxists and totalitarians of all stripes subjugate a people

The only outcome that is absolute from the crushing weight of 55 or so executive orders, and Congress working frantically to undo election integrity, the path to citizenship, First and Second Amendment rights and what even constitutes a man or woman is chaos, pure and simple.

It’s purposeful, as instituting chaos is how Marxists and totalitarians of all stripes subjugate a people. In this case, the People the D.C. lazy dogs are expecting the international interlopers to attack are American citizens.

The typical Christian (still a majority in this nation) reaction of taking cover in a prayer closet is not sufficient to win the battle for those of us relying on the Word to engineer an escape from government-induced hell. Prayer is central to receiving guidance but there’s a reason the New Testament has a Book of Acts.

The apostles and disciples of Christ were told to boldly carry the Gospel to others but not from the protection of a safe space. They were encouraged and directed to perform acts of faith that caused them no little hurt for being the hands, feet and voices of Jesus’ love and reason. Prayer is the starting line to be a beneficial influence in our community. Positive action according to God’s leading is necessary to implement change in a corrupt world of fantastic, unrealistic goals meant to deconstruct a constructive union.

Former newspaper publisher, A. Dru Kristenev, grew up in the publishing industry working every angle of a paper, from ad composition and sales, to personnel management, copy writing, and overseeing all editorial content. During her tenure as a news professional, Kristenev traveled internationally as a representative of the paper and, on separate occasions, non-profit organizations. Since 2007, Kristenev has authored five fact-filled political suspense novels, the Baron Series, and two non-fiction books, all available on Amazon. Carrying an M.S. degree and having taught at premier northwest universities, she is the trustee of Scribes’ College of Journalism, which mission is to train a new generation of journalists in biblical standards of reporting. More information about the college and how to support it can be obtained by contacting Kristenev at cw.o@earthlink.net.