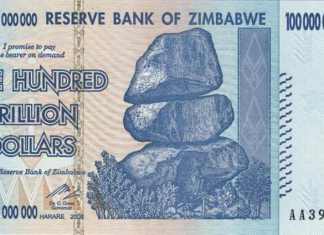 President Joe Biden will consider spending $3 trillion for infrastructure and other priorities, but Jen Psaki says it’s premature to say it, Reuters reports. Biden has to be briefed first. That will happen within the week.

The New York Times reported that Biden advisers were preparing to recommend he spend as much as $3 trillion on boosting the economy, reducing carbon emissions, and narrowing economic inequality, beginning with a giant infrastructure plan.

Democrats are breaking it up into smaller bills.

The Washington Post and CNN reported that a $3 trillion effort was expected to be broken into two parts, one focused on infrastructure, and the other devoted to other domestic priorities, such as universal prekindergarten, national childcare, and free community college tuition.

In a separate statement, Psaki said Biden and his team were considering “a range of potential options for how to invest in working families and reform our tax code so it rewards work, not wealth.”

Democrats want it to be bipartisan, but bipartisan means Democrats get what they want with some crumbs thrown the GOP’s way.

“We will try to get them to work with us. But if not, we will put our heads together and figure out how to go,” Senate Majority Leader Charles Schumer (D-N.Y.) told reporters, The Hill reported.

House Democratic Caucus Chairman Hakeem Jeffries (N.Y.) called GOP leadership “divorced from reality” for opposing policies that he claims are popular even with Republicans outside DC.

“Our standard for bipartisanship can no longer be what happens here in the Capitol, because we know that the strategy of my colleagues, legislatively, is not to try and find common ground — it’s obstruction and mischaracterization,” he said. “They ran this playbook during the Obama administration. … They are running the same playbook again.”

“We will not let them get away with it,” he added.

They have sweeping proposals addressing infrastructure needs, climate change and fixes to the Affordable Care Act.

Rep. John Yarmuth (D-Ky.), chairman of the House Budget Committee, said Democrats would prefer bipartisan proposals but have no intention of letting up.

They don’t want to hold off to get the GOP to go along. They have slim majorities in both Chambers, but they act like they have a mandate. They don’t care. Far-left ideology drives them.

“I think it’s significant. Holding out and not getting it. Or you know, holding out and having [Senate Minority Leader Mitch] McConnell or [then-House Majority Leader Eric] Cantor, at the time, say ‘Hey look guys, we’re not going along with any of this,’” said Sen. Tim Kaine (D-Va.), about the lessons learned from the Obama administration.

“I think the balance we’re trying to strike is: We’re not going to wait around to do what the public needs, but we want your good ideas,” he added.

Democrats are still using the Capitol riot of January 6th as an excuse for transforming the United States.  Calling it an insurrection is just to push their agenda.

Raskin added that he is willing to work with Republicans on “positive legislation” but added a warning: “I’m not going to entrust anything valuable to my country to those people.”

House Majority Leader Steny Hoyer (D-Md.) summed up the first quarter of 2021 as “a volatile, sad, dangerous period in the Congress’s history.” He means conservatives.

YOU’RE A RACIST IF YOU CRITICIZE BLACK LIVES MATTER

On the Senate side, Sen. Ron Johnson (R-Wis.) sparked broad backlash for telling a radio host that he wasn’t afraid during the Jan. 6 attack by a pro-Trump mob, but if “those were tens of thousands of Black Lives Matter and Antifa protesters, I might have been a little concerned.”

If you criticize Black Lives Matter, a violent, communist organization, then you’re a racist.

Sen. Bob Menendez (D-N.J.) used a speech on the Senate floor to call Johnson a racist and accuse him of spreading “bigoted tropes.”

Democrats want infrastructure to be bipartisan, and the Biden administration has been in touch with GOP senators as recently as Thursday.

But there are deep divisions over the scope of the bill and key aspects like how to pay for it, leading Democrats to acknowledge that they’ll likely need to lean on their own members and pass it through reconciliation.

“What I have seen this year and in past years is that if we want to do something significant, it is very hard to get Republican support,” said Senate Budget Committee Chairman Bernie Sanders (I-Vt.). “If Republicans are prepared to support a significant and important piece of legislation that deals with climate change, deals with infrastructure, that’s great. My own feeling is at this point I doubt that that will be the case.”

The only reason they want it to be bipartisan is so they can blame Republicans if anything goes wrong.

IF IT DOESN’T GO THEIR WAY, NUKE IT

There is a lot of pressure on Democrats to abolish the filibuster or risk letting GOP opposition stall their priorities.

Democrats destroy anything that doesn’t go their way.

Among that slate of legislation are bills to expand background checks prior to gun sales and extend citizenship to Dreamers.

“I’m just pleased that what we’re doing here very much has bipartisan support outside the Congress,” said Rep. Rashida Tlaib (D-Mich.). “And I think that matters more than what’s happening here.”