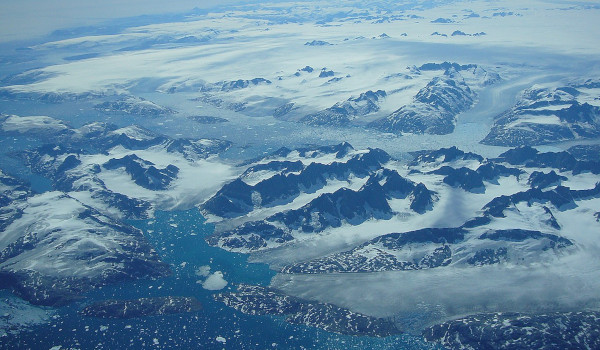 In 1966 a Top Secret Cold War Military Project called Project Iceworm was a covert mission to build a massive underground nuclear base providing a platform for hundreds of nuclear warheads targeting the Soviet Union. The Project was generally a bust, but it did yield unexpected fruit that sat in a freezer for almost sixty years: ice cores that held a treasure trove of fossilized plants. They could be the key to unraveling the decades old Climate Change hoax, and ending the Biden-Harris regime’s relentless attacks on American Energy. 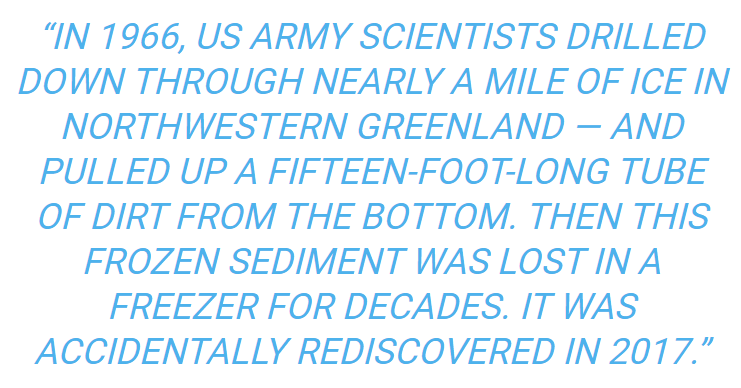 Now tiny plant fragments have been discovered in core samples from all over the world so by itself that’s not very interesting, but we have the ability to radiocarbon date fossils today that we didn’t in 1966. Greenland’s ice cover, which is 3 times the size of Texas and about 5,000 feet thick is thought to be nearly 3 million years old. The plant matter that was uncovered? Was only 1 million years old. That means Greenland was quite literally green less than a million years ago, meaning the Greenland Ice cap melted looooooong before mankind existed let alone began burning fossil fuels.

University of Vermont scientist Andrew Christ was one of the first to examine the fossils, he said, “Ice sheets typically pulverize and destroy everything in their path,” says Christ, “but what we discovered was delicate plant structures — perfectly preserved. They’re fossils, but they look like they died yesterday. It’s a time capsule of what used to live on Greenland that we wouldn’t be able to find anywhere else.”

The vast majority of articles on this subject contain lines like “Greenland is more fragile and sensitive to climate change than previously understood — and at grave risk of irreversibly melting off.” despite the recent discovery not only suggesting but directly PROVING that the ice cap has not only melted away completely, and then completely froze over again (that’s the opposite of “irreversibly”), but the fossil record now shows this has happened SEVERAL TIMES in the last 3 million years. At the very least this throws all of the “certainty” and “settled science” out the window.

“Before analyzing this particular sample, Christ said, scientists had “circumstantial” evidence that the Greenland ice sheet had once melted away completely. But the discovery of these fossils definitively suggests that Greenland was once ice-free enough to provide a home for a variety of plants.”

Meanwhile, the assertions that the Greenland fossil record “proves” that Climate Change is “accelerating toward a critical tipping point of ice loss” directly ignores the record of not only this new warming cycle, but all of the other pre-industrial revolution warming trends as well.

As Ronald Stein, Ambassador for Energy & Infrastructure, Irvine, California wrote, “how is it that the warming from about 1700 to 1950 was natural, but the warming before 1700 is not?” 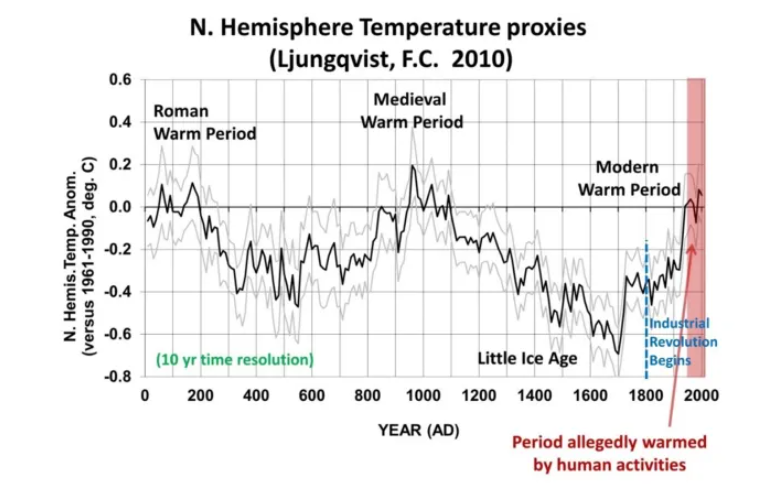 He answers his own question brilliantly, it’s the money: “Almost all climate-change research is funded by government. That means you the taxpayer. Government has been on the global warming bandwagon from the beginning. If young climate researchers today want to build their careers, their chances of getting government funding for their proposals is directly proportional to how seriously they portray the threat of global warming. If their research project themes are skeptical of human-caused climate change, their chance of getting funded are great reduced.”

So no matter what new discoveries show us, even when they run completely counter to the Climate Change hoax narrative it’s perpetuators will painfully contort and distort the data to fit their political… and economic desires.