Facebook BigWig calls for Big Tech break up: ‘They must be stopped.’

Facebook BigWig calls for Big Tech break up: ‘They must be stopped.’

“Facebook and Google are no longer companies, they’re countries,” Thomas reveals during a conversation with a Project Veritas journalist.

“They must be stopped,” he adds before insisting “the government needs to step in and break up Google and Facebook. It’s a better thing for world.”

Thomas, who also advocates for the removal of Mark Zuckerberg as CEO of Facebook, notes how “no king in the history of the world has been the ruler of two billion people, but Mark Zuckerberg is.”

Thomas also discusses artificial intelligence and the Chan-Zuckerberg initiative, claiming that “data is very powerful,” and if you “give me five things about you, and I can pretty much figure out everything else. 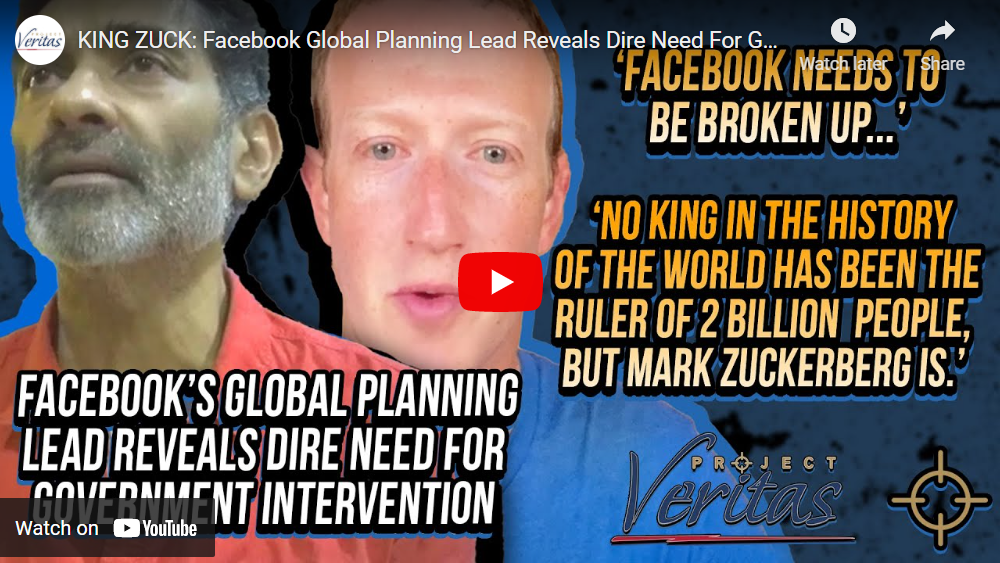