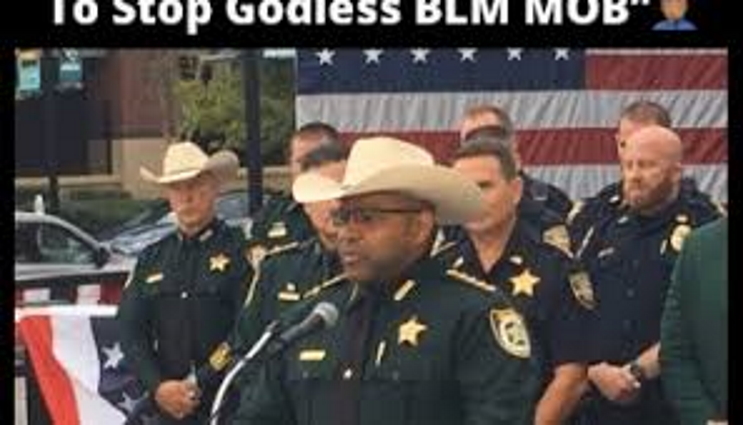 Darryl Daniels, an African-American Sheriff of Clay County in North Florida has a stern message for what he calls “godless disruptors” who have spread violence and death from coast to coast. He says if they try to invade his territory, he will deputize gun owners to help fight against them.

Clay County is a suburb of Jacksonville, just outside where the RNC convention will be held. That would make his county a prime target for domestic terrorists. Especially given the fact that President Trump will be delivering a live speech from there.

Sheriff Daniels does not want his officers assaulted and he will never give a stand-down order and anyone attacking them will surely pay a price. 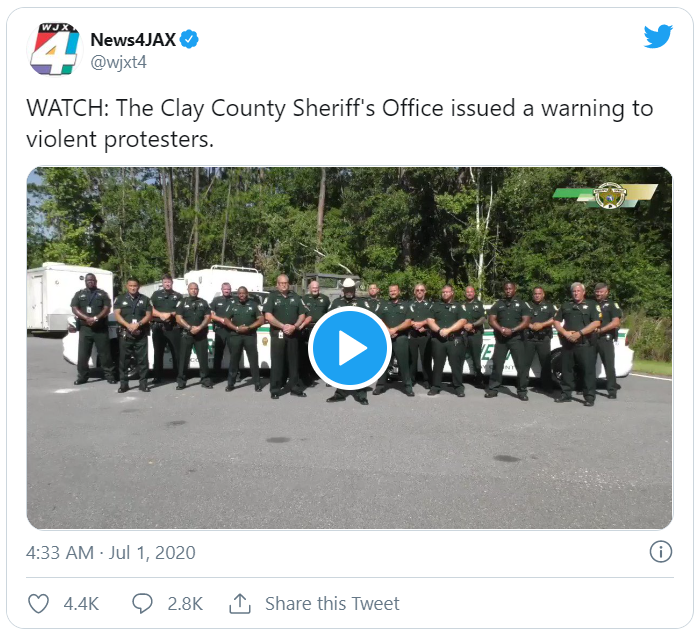 Daniels says he will not allow the destruction of property and lives in his county and if he finds that his deputies are overwhelmed by antifa and BLM, he will deputize legal gun owners to join in the fight to protect the people he serves.

From The Gateway Pundit

The BLM / Antifa mob have promised to bus in thousands of domestic terrorists to harass, intimidate, and potentially murder Trump supporters or members of the conservative media. It is great to see a law enforcement leader make such a statement and place the trust in law abiding gun owners to restore order. Daniels ended the video by stating that if they try him, he will give them the fame and attention that they want… which will include the pain that will befall them for resisting arrest and turning his county into a warzone.

“I live here in Clay County. Our conservative area will not tolerate these rioters.  Times like these highlight why the Second Amendment is so very important. The right of people to keep and bear arms shall not be infringed and rioters will not threaten us!”