Has Joe Biden Sold Out America to the Mexican Drug Cartels? 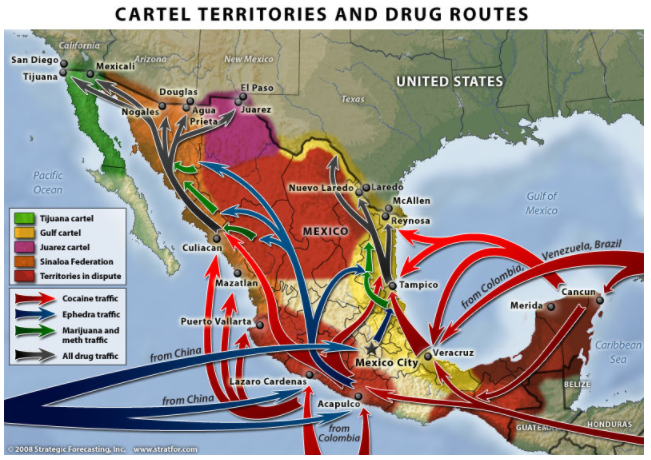 Has Joe Biden Sold Out America to the Mexican Drug Cartels?

I told you so. It’s become crystal clear I was right on the money. I’ve said for two years now on my national radio show that the best thing that could ever happen to the Mexican Drug Cartels would be a Democrat presidential victory.

This is their “rainy dream” (to put it nicely). Mexican Drug kingpins have waited their entire lives for this fantasy. They must be singing, dancing and toasting champagne in the streets of Mexico right now.

Because Joe Biden is the greatest gift ever bestowed upon the Mexican Drug Cartels.

Before Joe Biden decided to open up the border, experts estimated the money made on drug trafficking by the Mexican Drug Cartels at around $500 billion a year. That’s half a trillion dollars a year. Trillion with a “t.”

Who quotes that figure? Republican Senators. See what Georgia Senator Purdue said in 2019:

“At half a trillion dollars — $500 billion — that makes the cartel business and the drug traffic just in Mexico alone coming across to the United States bigger than Walmart, to put it in perspective. So this is larger than our largest companies.”

But that figure is bi-partisan. Democrat Senator Dianne Feinstein quotes the same figure. Feistein testified, “The illicit drug trade is a business, valued at anywhere between $426 [billion] and $652 billion…”

That was all before Joe Biden’s lax open borders policies.

But that’s just drugs. What about human trafficking? Over 117,000 migrants crossed the US border in just the past month. Multiply 117,000 migrants times $10,000 each (the going rate for smuggling humans). That’s well over $1.1 billion for human trafficking in a month for the Mexican Cartels. Now add in child sex trafficking. Days ago, a news report said cartels are selling little children at the border for $3,200 each.

So, what are the cartels willing to pay to keep the borders open and the dollars flowing? I’m a businessman. I always pay 5% to 10% finders fees to whoever brings me business. I’m sure it works exactly the same way with Mexican drug lords, human traffickers, sex traffickers and pedophiles.

Our country has clearly been sold out by Joe Biden and the Democrat Party. This is just pure common sense. Someone is getting filthy rich selling us out like this. The only real question is, how much is the Mexican Drug Cartel paying?

Arizona border agents report illegal immigration this year has already surpassed all of 2018, and is on track to surpass 2018, 2019 and 2020 combined.”

Trust me, it’s going to get much worse. Millions more are coming. Maybe tens of millions. With Biden’s Sanctuary policies they can never be deported. And they can easily each bring in hundreds of their relatives and friends. Everyone is on a fast track to citizenship. Everyone gets welfare cradle to grave.

If this is allowed to stand, America is finished. The entire economy will soon collapse. America will be a foreign country…to Americans.

Now I ask you. Use your common sense. Why is this happening? Why would any sane president or political party want to encourage an invasion that will overwhelm our country and risk disease and death- let alone in the middle of a pandemic? This is insanity.

Obviously, someone’s getting filthy rich on this scam to destroy America. We know the Mexican Drug Cartel is making hundreds of billions. This is the dream of a lifetime for them.

But who’s getting bribed inside the USA to allow this to happen? Who would you pay if you were a Mexican Drug Cartel kingpin?

It’s Biden, the Biden family and the Democrat Party.