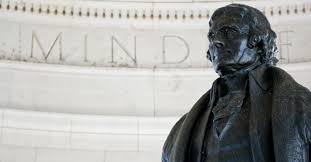 Any act or set of acts which results in a particular federal law or program being rendered null and void under the law, or unenforceable in practice.

By the Tenth Amendment Center

Thomas Jefferson and James Madison first formalized the principles of nullification in the Kentucky and Virginia Resolutions of 1798. While Jefferson called it “the rightful remedy” to federal overreach, Madison put it a different way, saying a state is “duty bound” to interpose “to arrest the progress of the evil.” Jefferson and Madison were the first to propose nullification specifically, but they didn’t create the idea. In fact, the strategies and principles date back to before the American Revolution. Colonists used nullification strategies to force Parliament to repeal the Stamp Act. And during the Virginia ratifying convention, George Nicholas said that if Congress were to exercise any power not expressly granted to it, the state of Virginia would be “exonerated from it,” implying that the state would have the authority to ignore or block unconstitutional acts. Nullification is a fundamental part of the American political system. But what exactly does it mean? There are two definitions. One is legal. When a court strikes down a law, it literally wipes it off the books. But there is also a practical definition – to make something of no value or consequence. When we talk about nullification happening today, we generally mean it in the practical sense – to end the practical effect of a federal act. Here is a succinct definition of nullification as we apply it: Any act or set of acts which has as its result a particular law being rendered legally null and void, or unenforceable in practice. Madison gave us a blueprint on how to do this in Federalist #46. He suggested four steps to take on counteract and stop federal programs – whether “warrantable” or “unwarrantable,” the most significant being a “refusal to cooperate with officers of the Union.” The federal government involves itself in almost every aspect of life, but depends on state assistance to do almost everything. If states refuse to help, it becomes nearly impossible for the feds to enforce their laws or implement their programs. We can use this strategy to undermine and nullify all kinds of federal acts in practice – from warrantless spying, to gun control, to plant prohibition and more.