BAM! A Canuck Speaks His Mind about the U.S. – Precious 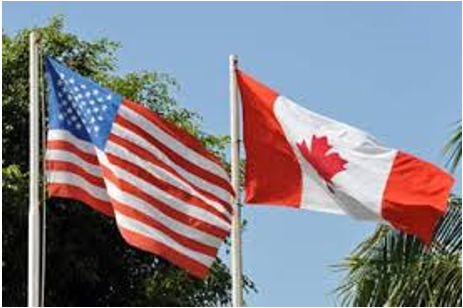 BAM! A Canuck Speaks His Mind about the U.S. – Precious

Speaking as a Canuck I can’t believe how corrupt and decadent the U.S. has become, allowing the Democrats with the help of the FBI, DOJ, the Supreme Court etc. to overthrow a duly elected President who accomplished more than perhaps any President in American history and replace him with a senile, pathological lying clown who accomplished nothing in close to 50 years and who, it’s now known, has been accepted millions in bribes from the Communist Party of China and the Republicans sit back and say …”that’s not very nice but don’t worry we’ll have an honest election for the first time in 150 years in 2024. If the U.S. had any backbone, the military should grab power, throw Biden, Harris, Pelosi, Shumer etc. and all their treasonous cohorts in prison and return power to the people and have a truly honest election that will return all three branches of government to the people.

The Democrat thought police are now telling citizens how and what to think, while destroying the culture and history. If you think waiting for 2014 to solve the problem, it’ll be too late. The Democrats are busy changing the election laws to ensure their continual dictatorship.

Not long ago I would have supported Canada joining the U.S., but not anymore even with our politically correct, George Soros sock puppet Prime Minister Justin Trudeau who should be keeping company with the treasonous Democrats on death row in Sing Sing.

How’s that for a rant?