The Problem Isn’t Cuomo, but the Democrat Party and Its Supporters 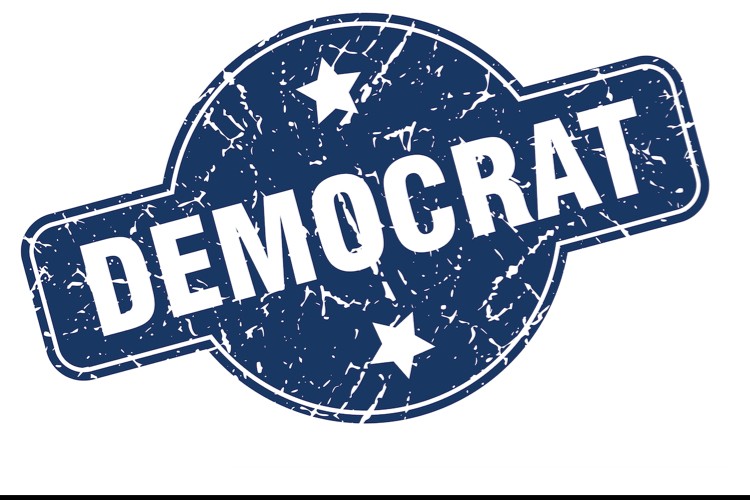 The Problem Isn’t Cuomo, but the Democrat Party and Its Supporters

Two millennia ago, Marcus Junius Brutus approached Roman statesman Cicero, confessed his error in supporting Julius Caesar and complained that something must be done to rescue the republic from the leader’s designs. The wise Cicero’s bitter reply was, “Do not blame Caesar; blame the people of Rome who have so enthusiastically acclaimed and adored him and rejoiced in their loss of freedom…. Julius was always an ambitious villain, but he is only one man.”

Nothing has changed in 2,000 years. We still have our ambitious scoundrels and would-be Caesars. Speaking of which, it’s also true that Andrew Cuomo is just one man — and that he’d be nothing without millions of enablers.

Making this point yesterday in a column entitled “The ‘Cuomo Problem’ Is Actually a Democratic Party Problem,” commentator Kyle Becker outlines the sexual misconduct charges against Cuomo and then writes:

The news media would much rather seize upon these lascivious allegations than delve into the morose details of the governor’s fatal [nursing home] decree. As mentioned before, Governor Cuomo is not the only governor to issue such decrees: Michigan Governor Gretchen Whitmer, New Jersey Governor Phil Murphy, Pennsylvania Governor Tom Wolf, and Minnesota Governor Tim Walz are also guilty of executing such deadly nursing home orders.

The biased media would much rather focus on a “Cuomo problem” than a “Democratic Party problem.” The public imagination can be easily distracted by the visceral repugnation [sic] of seeing Andrew Cuomo caress a horrified young woman’s face if the alternative means fully countenancing the moral outrage of hidden, nameless victims succumbing to a viral epidemic stoked by the policies of reckless liberal politicians.

It would take moral courage and a sincere concern for other citizens to plumb the depths of a scandal where thousands of victims tragically died years too soon. It would take a willingness to abandon one’s partisan proclivities for a moment and show true empathy beyond the empty slogans and vacuous hashtag virtue-signaling. It would take a willingness to admit that one was wrong about these falsely idolized Democratic governors and to concede that red state governors like Ron DeSantis were much more sensible and responsible.

Related sentiments were expressed in The American Spectator mere days earlier in a piece entitled “Cuomo’s Misdeeds Highlight Democrats’ Skewed Priorities.” “He saw COVID not as a problem to be solved but as an opportunity to be taken,” read the subhead.

That is to say, Cuomo has (as of now) resolved not to step down, presumably because public opinion is on his side. “A majority of New Yorkers do not want Gov. Andrew Cuomo to resign as he faces dual scandals over allegations of sexual harassment and claims he hid the number of deaths of nursing home residents,” Politico tells us. “Forty percent of voters said he should resign, while 55 percent said he should not. Most Democrats are sticking with him: Only 21 percent are saying he should leave office.”

Is this at all surprising? The New York Democrat electorate is fine with leadership that approves of prenatal infanticide up to birth; every sexual devolutionary “innovation” imaginable; and, after telling children they can be the opposite sex, boys being allowed to use girls’ locker rooms. So will they really be put off by Gropin’ Joe-type “indiscretions”?

Of course, part of the issue is media-malpractice-born ignorance, but another part is a lack of what our Founders warned was necessary for a healthy, just-liberty-oriented republic: virtue.

While being “virtuous” is a continuum — none of us are God and, hopefully, not Satan, either — leftists are epitomized by a lack of virtue. I know, this statement seems like mere partisan prejudice. It isn’t.

When I was a very, very young man, I had an epiphany that I then expressed thus: “People embrace liberalism in order to justify their own irresponsible lifestyles.” As I aged, I learned to explain the insight more in-depth and frame it more accurately, from a philosophical perspective. In a nutshell, people with an affinity for vice tend to gravitate toward organizations and ideologies advocating expressions of it.

You don’t have to take my word for it. Just read Peter Schweizer’s 2008 article “Don’t listen to the liberals — Right-wingers really are nicer people, latest research shows,” in which he cites numerous studies revealing that leftists have a serious morality problem.

In fact, you can evaluate their morality, dare I say, scientifically (as long as you’re willing to accept certain axioms) — or at least wholly logically. First consider that, as I’ve often written, if morality came in a jar, on the ingredients label would be all the virtues. A quite comprehensive list would be: charity, chastity, courage, diligence, hope, faith, love, kindness, honesty, justice, temperance, prudence, patience, forgiveness, and humility.

Now ask yourself: To what degree do leftists espouse ideas and exhibit behaviors reflecting these elements of morality? To what extent do the Democrats’ policies reflect them? And do the various parties’ platforms not reflect them to varying degrees?

One problem here is that many will say, “C’mon, you can’t define people based on politics.” Overlooked is that politics isn’t just politics. It’s not just that it’s downstream from culture, but that culture is itself downstream from philosophy/spirituality. An evil world view usually translates into cultural affinities and politics correspondingly evil.

(This is why one of the best predictors of voting patterns is church attendance.)

As to this, if someone told you that vice-ridden people in 1917 Russia and 1933 Germany were more likely to embrace, respectively, Marxism and Nazism, would you be shocked? Alright, what about today? Have vice-ridden people ceased to exist? Have they stopped gravitating toward dark causes and joining in sinister solidarity?

Every modern time and place has its evil ideologies, philosophies, religions, and organizations — and parties. Our only job is to learn what the yardstick for measuring goodness is, so we can identify them and beware.